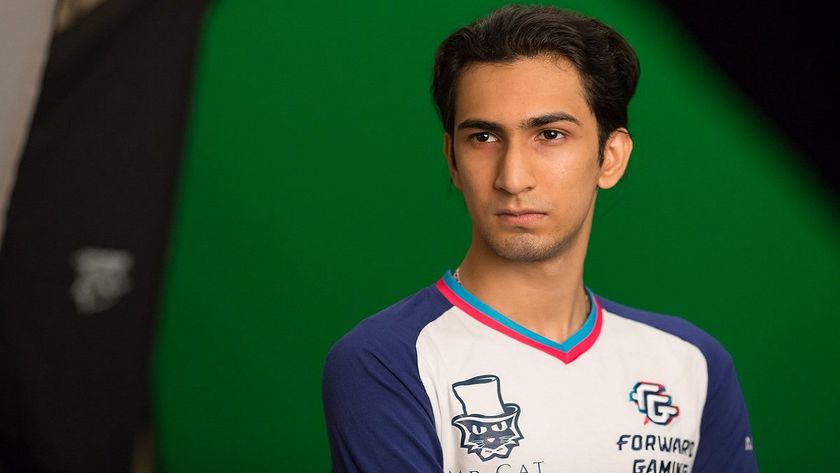 The Dota 2 scene is starting to bleed out, wounded from being severed from the top half of the scene, dying from the lack of nutrition to grow.

The latest victim is one of the unlikeliest scenarios, one that probably no-one could have predicted. Just weeks before TI9, the North American qualified team, Forward Gaming, has dropped their Dota 2 team.

Forward Gaming picked up a Dota 2 team in September 2018 and was based out of New York, convenient since the team was originally living there. The org was newly established, with Dota 2 being their first esports adventure.  An extensive blog revealed how the Venture Capitalist group decided to get involved in the industry and why they chose Dota 2 to begin with.

While mismanagement of funds and resources could be a real factor,  it is not without reason to conclude that a reason for their financial problems could stem from the current scene of Dota 2 not aligning with their initial projections and potential.

I also regret to inform that we have to close the company with the debt remaining owed to the players. Due to insufficient financial results we are unable to cover players’ salaries for July as well as $36,000 of players’ share of prize money (which was used to partly cover June’s salary).

A team headed for TI9 and the organization still chose to let their roster go, rather than ride out the next month and seize the possible assets and momentum going into the new season with a revitalized start and bank account.

That is simply because, the money - the sponsors and the various tournament prizes- aren't there to be had unless you are part of the elite, top teams.

Since the creation of the Dota Pro Circuit (DPC) system, the tier 2 scene has been quickly declining, each year worse than the previous one with those complaints outlined in an earlier exclusive feature for the site. The most prominent complaint? The lack of financial sustainability for the tier 2 teams and players, which then bleeds into the overall health and development of the scene.

This entire thread by LD is a very articulate expression of the ecosystem right now.

And in cases where players just can't get their feet off the ground such as with Polish player and captain Rafał "eL lisasH" Wójcik who opened up in a very candid post about the realities that were created for semi-professionals aspiring to become professionals this year:

My point is there were places to build solid team and fundaments, you wanted to stay together because u had your org that paid you 500 euros and you had your tournaments where you could win 2500 euro for first place so you wanted to play it along with playing rankeds, and then if you are good and played with each other long enough you could make a good team and compete with better teams and this happened to us. (...)Situation now is miserable, people dont really want to invest time into playing in teams because they know that there are low chances of qualifaing to anything with new formed stack and they rather play matchmaking and get high rank. If people accept to play in a team, they play open qualifer together, they win - okey they play closeds - they lose - they disband immediately. When a team play closeds team most likely wont qualify to anything and later on they will disband becasue playing ONLY scrims together for 1,5 month is really bullshit concept.

All have one very large thing in common - tier 2 players/teams are unable to gain the financial support needed to continue making a living off of Dota 2, and as Will Partin has pointed out in a very eye-opening piece one year ago, The International Is Bad For Dota 2.

How can such poverty exist in a scene with a $20 million tournament? Because unregulated markets in esports tend to do what unregulated markets do everywhere: push wealth to a smaller and smaller number of people, not necessarily as a result of merit, but due to structural advantage. Stories like SmasH’s and Rave’s poke holes in the idea that Dota 2 is a perfect meritocracy, and even call into question the scene’s competitive integrity. As Huisman rightly wonders: “How much does it really mean to be a good team if all your opponents need a day job to survive?”

Suffice it to say, the writing has been on the wall for some time and the players have been coming out to voice their concerns. Now it will be a matter of how much Valve will listen to them and be able to appropriately adjust the upcoming DPC season to address the issues.

As Partin showed in his work, there are possibilities to fix the ecosystem, including suggestions by Peter "PPD" Dager and compLexity coach/professional analysist Muriel "Kips" Huisman.

Fixing Dota 2’s problems wouldn’t have to mean doing away with The International. In fact, the most effective tool Valve has to better regulate Dota 2 is the The International, which could break the cycles it currently perpetuates. Valve could consider earmarking crowdfunding from The International for future use, funneling it to smaller tournaments, like Peter “PPD” Dager’s newly-announced North American Dota Challenger League. (Blizzard used a similar strategy to revive StarCraft II’s flagging esports scene. Crowdfunded “War Chests” not only increase the prize pool of premier tournaments, but set money aside for smaller ones as well). Valve could also redesign the prize spread of The International to support teams that get eliminated early, or even those that came close to qualifying but did not. A million or so dollars taken from the top of the prize pool means a lot less to the winners (who, in all likelihood, can fall back on a handsome salary anyway). But for smaller organizations, that chunk of cash could put a roof over players’ heads, food on their plates, and fund practice hours for most of the year. It might even reinvigorate a game that is starting to flag. Earlier this year, Huisman suggested a better cycle for the scene: “more players who can afford to take a year off and focus on Dota 2 -> new talent -> a professional environment for them to develop and train -> higher quality of play and competition -> higher engagement of Dota players w/ pro scene.”

Valve will bring the biggest Dota 2 event of the year to the Mercedes Benz Arena in Shanghai, China —home of infamous Shanghai Major of 2016.  The venue is an indoor arena located on the former grounds of Expo 2010 in Pudong, Shanghai, China, with a seating capacity for 18,000 people. All 18 teams are confirmed to attend - Team Secret, Virtus Pro, Evil Geniuses, ViCi Gaming, Fnatic, PSG.LGD, Team Liquid, NiP, OG, Keen Gaming, TNC Predator, Alliance, Mineski, Na'Vi, Infamous, RNG, Chaos and Forward Gaming. The current prize pool is now over $30million and still going strong with over a  month left for the crowdfunding.

Do you think this will force Valve to look at the restructuring the DPC season?