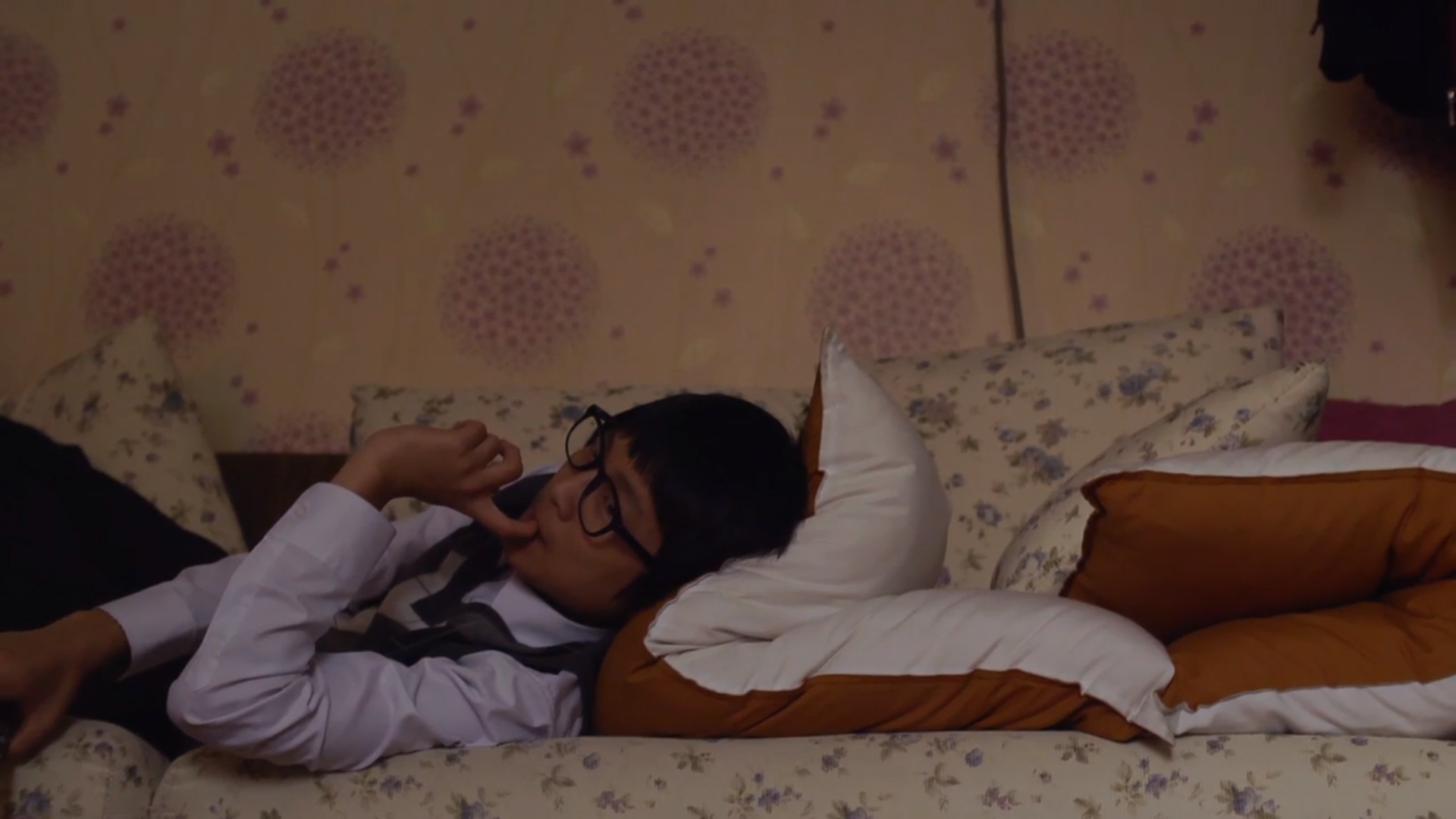 Watching the GSL, I sometimes forget the effort needed to enter that stage. Even more astonishing is that the young people who compete decided at an even younger age to give it all their all, even though nobody was there support them. They did it all on their own. In the world of eSports proper training is a right one earns by defeating one’s peers and drawing the attention of a professional team.

Early in State of Play a group of semipro hopefuls does just that. The players get up on a stage in front of professional scouts and issue brief statements: “I will never give up easily.” “I have a dream of reaching the top.” “I will train so hard that my wrists will wear out.” Do they know they are lambs at the market? The scouts keep quiet. I wonder how they can keep a straight face, then I get it. They know. How many boys have given it their all and gone through that room, only to discover that a progaming career was never part of their destiny? Part of that year’s crop is Kim Joon Hyuk, a middle school student determined to make it big. He is picked up by Woongjin Stars. Today he is better known as Mekia.

Along with Kim Joon Hyuk, the film follows two others and their lives in eSports: Lee Jae Dong, who needs no introduction, and Park Yo Han, an amateur with progaming aspirations. Their stories alternate over a period of two years.

Director Steven Dhoedt interspaces each segment with shots of Seoul. Under his lens, the city is far from possessing the glamor of its Gangnam image; instead it is a mirror of concrete bleakness, languishing under the winter sun. It is this urban sprawl that State of Play’s protagonists see day by day as they commute from school to home to studio. Each player faces an uncertain destiny, and they see that uncertainty reflected in the world around them. We follow them, and Dhoedt guides our eye.

Jaedong is the ship that carries this documentary. His image is mostly pensive, showing none of the fierceness typical to Kespa ads, but it also dominates the running time. When Joon Hyuk attends an orientation meeting, he sits in a hall adorned with banners of all the other Kespa greats, including Jaedong. The Tyrant watches over the new generation. 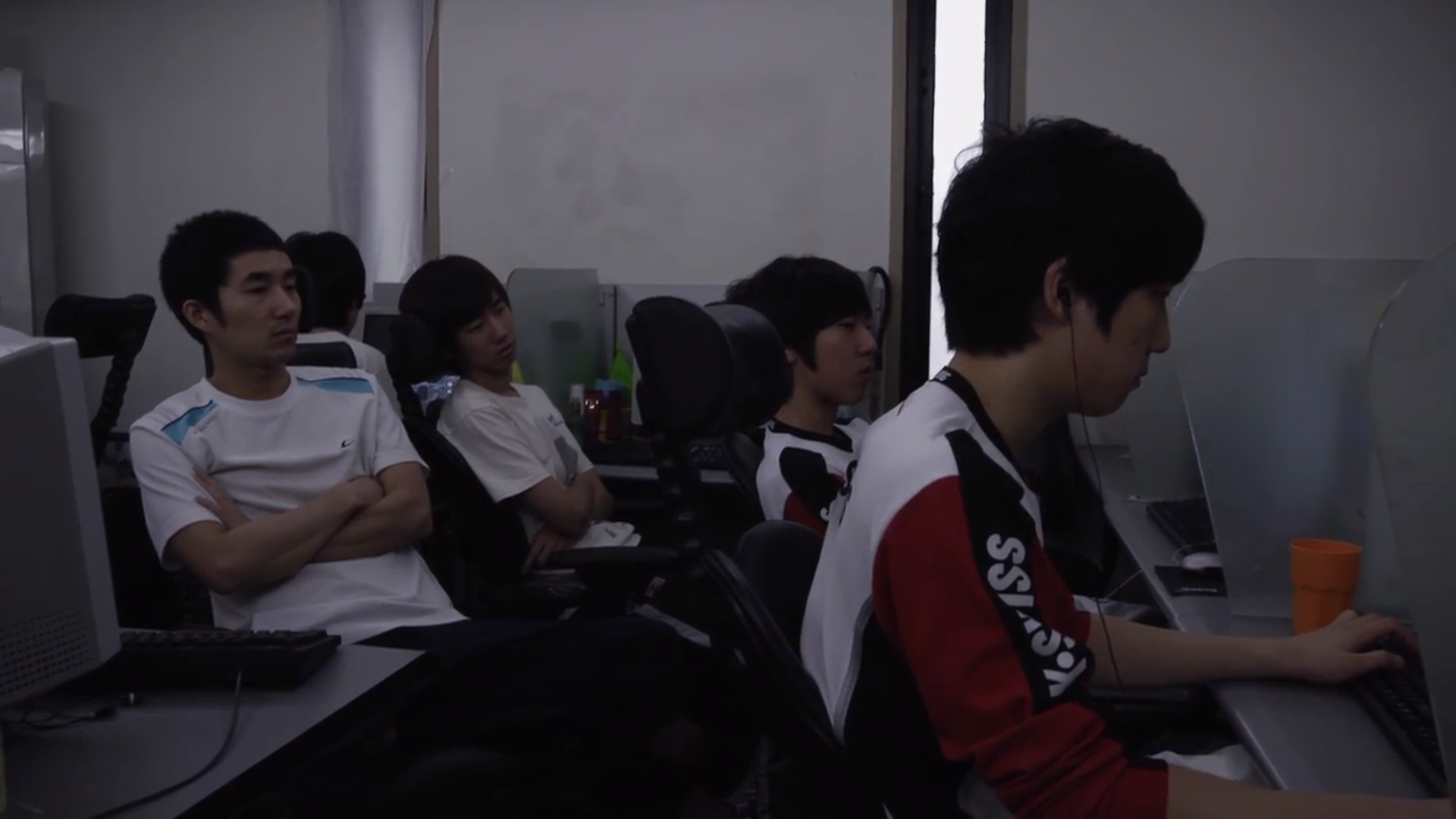 When we meet him, however, Jaedong is in the midst of a crisis. Betting scandals have stained the industry. Brood War will soon be let go. Now old as progaming standards go, he receives suggestions of retirement both from his family and his peers. He is the Tyrant, but external events are shaping his life. In response to the betting scandal, corporate sponsors pull out, and his team is disbanded. The Eighth Team is formed to pick up the pieces, but they start with little support and no leverage in sponsorship negotiations. Later, in the decisive round of 2011’s Proleague, Jaedong sits on the bench and watches Jaehoon lose the ace match, keeping the Eighth Team out of the playoffs. Living in the year 2013, I knew of course that the team would not be disbanded, but I confess I was caught in the players’ swirl of emotions as they were reduced to helpless spectators.

Park Yo Han meanwhile struggles with his progaming aspirations. About to graduate from middle school, he faces a choice between high school and progaming. Even though he remains hopeful, the people around him see what’s happening. He has failed to win every single qualification tournament he has competed in. “Maybe you just like playing games, and you’re a bit better than others,” says his teacher. Yo Han considers: “Maybe I should try harder in class.” We meet his family. They love him, but they also worry about his future. These are intimate moments, giving us a glimpse into the lives of Korean pros we often label as emotionless and without personalities. When you next watch a broadcast of GSL, remember what powerful impulses lie behind these young men.

Yet State of Play is not quite as dexterous as I’d like it to be. There’s a montage somewhere in the middle that describes the Eighth Team’s first Proleague performance. It throws together images of the crowd, the studio, the assembled teams ready to fight. There are brief appearances from Bisu and Flash. The segment suffers from lack of clarity. Even with my foreknowledge, I was incapable of telling exactly what was happening to the team. Were they losing? Were they winning? I felt the impulse to check Liquipedia. That brief story was lost on me. 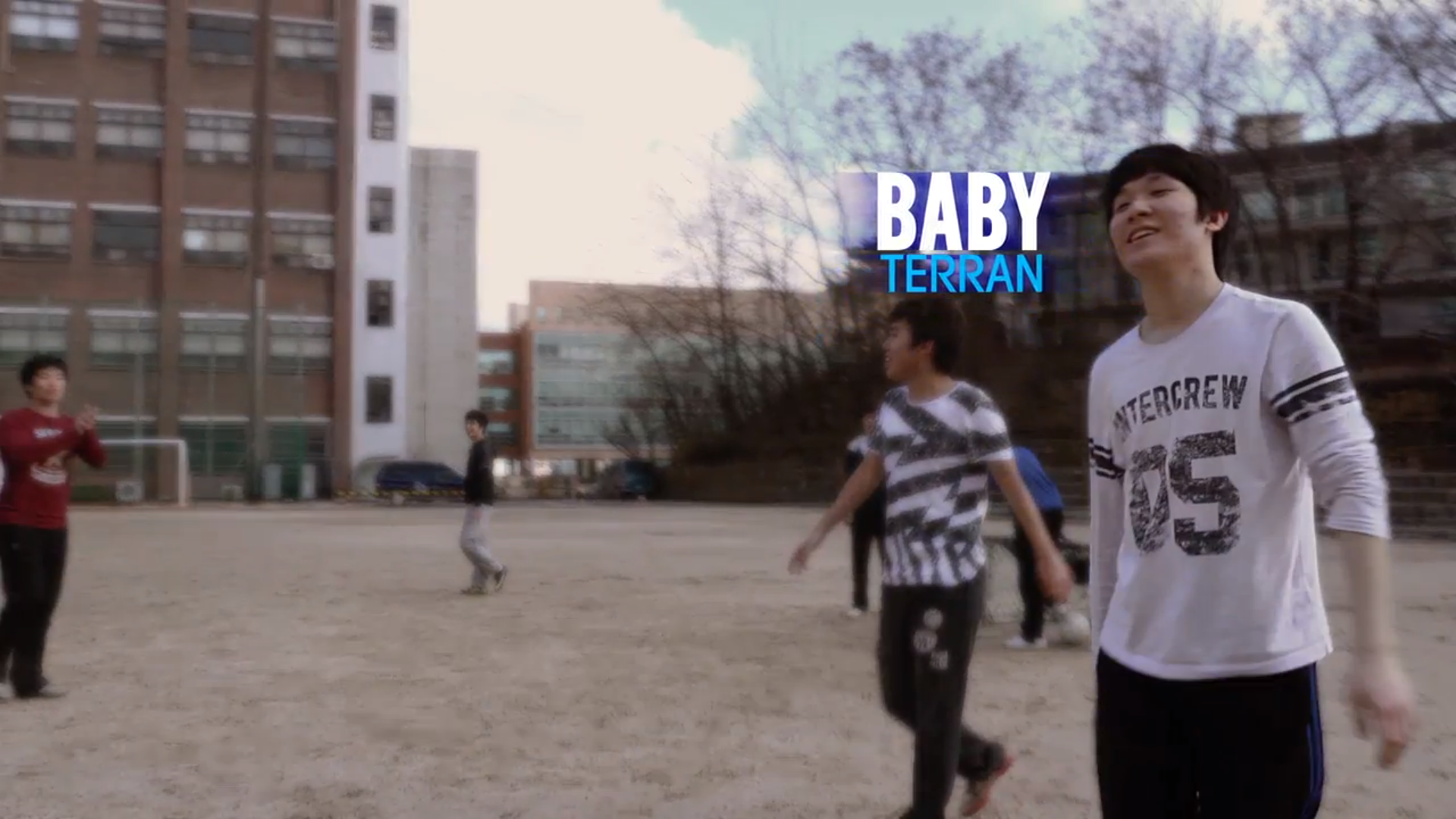 The film also suffers from a number of tics. In particular, Dhoedt likes to mix in Starcraft sound effects and lines from characters and units, but these don’t sit particularly well with the overall narrative. It’s a weird mix, to hear Zeratul’s monologue in the background while Hwaseung Oz sit in their black van in silence. Elsewhere the sound of a ball being kicked is replaced by that of a firing siege tank, as though I was being reminded that, hey, this is a Starcraft documentary.This is not a particularly great impediment, however, and the rest of the documentary loses none of its effectiveness.

Dhoedt doesn’t like to interview. He builds the story through images and sparse monologues, and though the occasional televised talking head appears, he doesn’t bring in any supposed experts. One exception might be Kim Ji Sun, a fangirl, but even she narrates her experience as a supporter. Opinions are not tossed at the camera. When Jaedong visits his parents, his relatives speak to him directly and we see their exchange. We glimpse their intimacy. They are not taken aside and interrogated. What we see instead is the picture of a family, of a group of friends going through -- what else -- life.

Everything that comes out of Korea suffers a linguistic bottleneck. There is so much to learn and so much to see, but no vehicle for transmission. State of Play is not the brilliant documentary the Starcraft 2 community is waiting for, but it is an earnest attempt to tell stories that are yearning to be told. For that I am grateful.