Dignitas vs QPandas postponed due to DDOS attack

The game has been scheduled to start at 07:00 CEST tomorrow.

The G-1 League game between QPandas and Dignitas has been postponed due to a DDOS attack. The tournament organizers are in deep discussion but stated that the games will proceed as usual tomorrow.

A possible series of DDOS attack is upon the participants of the G-1 League Western qualifiers as all of the tournament's games since yesterday was ridden with lag issues on two players in each game.

Whether or not the lag issues are caused by DDOS attacks have not been confirmed but the frequency of it happening seems to coincide with such an attack.

The fourth DDOS attack hit early in game one between Dignitas and QPad Red Pandas. 10 minutes into the game, Fogged and Sneyking claimed they are lagging and G-1 organizers finally pulled the plug and postponed the game. 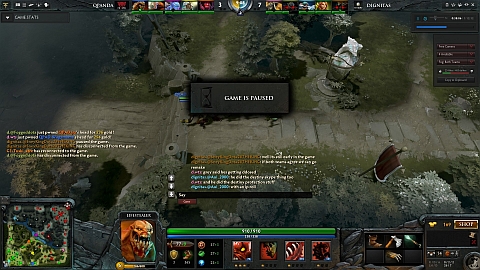 G-1 is currently having a meeting on how to handle these DDOS attack situation. The last time Gosugamers heard, G-1 will be consulting network professionals before coming to a decision on what to do. According to G-1, the games tomorrow will proceed as usual.

The schedule for the rematch has not been confirmed but it will be done before the 17th.

The first attack happened in the game between Evil Geniuses and Absolute Legends in which EG eventually received the default loss since they were losing to begin with.

Later in the day, NS and Airman also claimed that they were receiving horrible lag issues halfway through their game against Mousesports. VP eventually lost the game but gave the Germans graceful blessings as the mice were pushing into their base.

In hopes for the attackers to leave the tournament alone, G-1 started today with Kaipi versus Empire. 15 minutes into the second game, pieliedie disconnected from the game and soon after, bOne7 started complaining about lag. However, Kaipi marched on and defeated Empire from the huge lead they had prior to the disconnection. 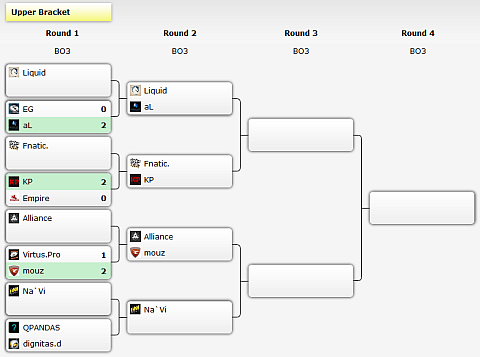