Kimo: Would you believe there is such a thing as banning? 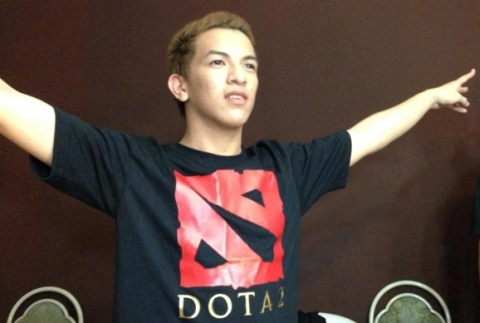 Kimo, former MSI player spilled his side of the story on his recent ban by the NeSC to participate in most Filipino tournaments. The ban is the result from Kimo's announcement to retire and joined up with Execration two weeks later. The announcement was made up to get out of his contract in MSI.

The formation of the National Esports Commission in Philippines two weeks ago has been met with many praises from the community.

The commision's first decision was to ban Kimuel 'Kimo' Rodis and Earlwin 'Ewe' Libre,two prominent Filipino players from participating in any online or offline tournaments hosted by organizations participating in NeSC. The ban period is a whooping three months.

The NeSC claimed that the reason for the ban of these two players is due to the players giving a false interview and statements to get out of their contracts before the due date.

Kimo announced his retirement in an interview by Mineski but came back to play for Execration just two weeks later.

DotaTalk caught up with Kimo to hear his side of the story, one that NEsC did not bother listening to. In the interview, he explained how the NEsC have misunderstood from that interview with Mineski.


What was your initial reaction upon reading the announcement of the NeSC?

Of course I was pissed. Would you believe that there is such a thing as banning?

Well, we have seen your retirement article from Mineski, and we also saw you play for another team just a few weeks after. Is it true that your retirement was just to get out of the contract that you had with MSI?

Okay, I’ll tell nothing but the truth. About my interview on Mineski regarding my retirement, that was true! I really have to start working for my family. When you saw me play at GMPGL Dota 2 for the team Execration (XCTN), it was because my good friend and my current employer Arvin Risos (a.k.a. Beho) requested me to play for his team.

I am working under him, so how can I refuse him? If he wants me to play [for him], then it is his choice. It is not true that I just made excuses to opt myself out of MSI’s contract.

Yeah, as you said, I don’t agree with what they did. Think about it, the NeSC was formed the 23rd of March this year, while I left MSI last February. It means that they shouldn’t have made a case off that past action, if there ever was any.

For example, if a law with a death penalty was applied today, you cannot kill those who violated prior that because a different or no law was still present then. I didn’t violate any rules of NeSC. They weren’t even existent then. If a penalty was ever to be given to me, it will just be between me and MSI.

If they do want to take this measure, then they should have applied it to everyone. To my knowledge, there is someone else who has taken a similar course of action that they didn’t attend to.