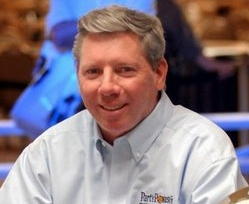 Mike Sexton is one of the true ambassadors of poker. He is a member of the Poker Hall of Fame, honoring his contributions both as a player and commentator. Sexton won his only WSOP bracelet in 1989 in a Seven-Card-Stud tournament, but he has 46 WSOP cashes.

Although much of his time is given for promotional purposes as main host of the World Poker Tour and spokesman for PartyPoker precluding him from playing much of a tournament schedule, Sexton has over $3.8 million in total live tournament winnings. He won the 2000 European Finals of Poker, the 1992 Foxwoods World Poker Finals, and the Four Queens Summer Classic in 1996 and 1997. He won the 2006 World Series of Poker Tournament of Champions event and its $1 million first prize, of which half he donated to five charities. As recently as the 2008 WSOP he took 4th in an Pot Limit Hold'em event for nearly $250k. Sexton was born September 22, 1947 in Shelby, Indiana and now resides in Las Vegas, Nevada.

Sexton deserves considerable credit for the growth of poker around the world. For years he spoke up the concept of corporate endorsements and sponsorships to the poker community and beyond to make poker a mainstream game. He is the face of poker to the greater public as lead commentary for the popular World Poker Tour series. He is constantly a gentleman and giving of himself on behalf of poker.

Sexton's most famous line about poker "It takes five minutes to learn but a lifetime to master."
Sexton videos of making a good call against Mike Matusow, talking of Stu Ungar and Phil Ivey, his thoughts on skill in poker, and his place in poker: