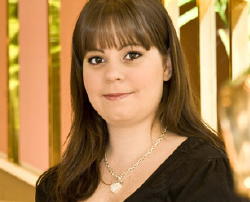 Annette Obrestad is a young Norwegian female poker prodigy. She is the youngest person, she was 18 in 2007, to ever win a World Series of Poker Europe bracelet and the $2 million first prize that went with it. Obrestad finished second in the 2007 EPT Dublin event for $431k. She finished 13th at the 2009 EPT Grand Final in Monte Carlo and won an event at the 2010 Aussie Millions while finishing 7th in the main event that year. She has over $3 million in live tournament winnings. Obrestad is a Full Tilt pro playing under the name "Annette_15." She has already appeared on Poker After Dark and NBC's National Heads-Up Poker Championship. Obrestad was born September 18, 1988 in Sandnes, Norway where she still resides with her family.

According to Annie Duke, who played against her in the 2007 WSOPE "She is not even 20 and is already a terrifying player and one of the most talented I have ever seen. In 5 to 10 years holy crap! I don’t ever want her on my left again because I will get outplayed. That I know for sure."

Annette's advice on playing tournaments: "I think in order to really become a good tournament player, you need a lot of patience and stamina, and also be mentally very strong. The variance in tournament poker can be very frustrating, and bad runs can last a long time. If you can play through those streaks without tilting and still play your best, then you're ready to take on any tournament you want."
Annette's advice on playing freerolls: "Just because it's a freeroll doesn't mean you should take the tournament lightly. On the other hand, it allows you to experiment with new things for free against some decent players. Take some risks, try stuff you normally wouldn't do, and learn by your mistakes. Oh, and have fun!
Obrestad interview and two hands where she makes nice laydowns where others would go broke: