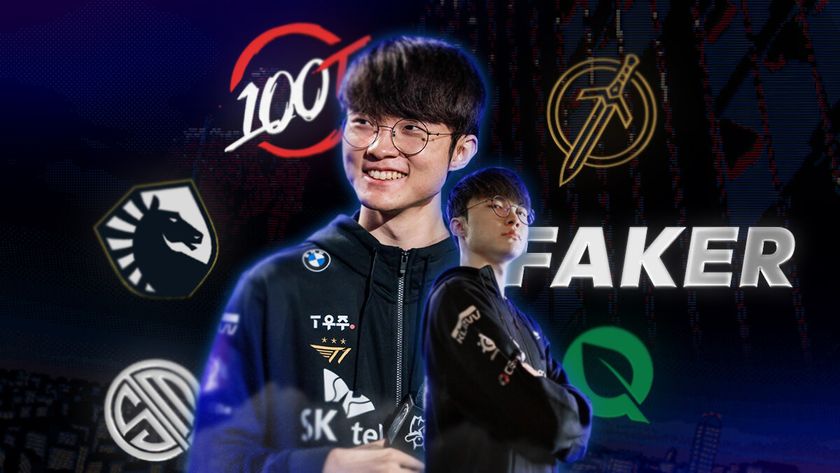 Will Faker move to the LCS?

As of yesterday, Lee "Faker" Sang-hyeok is a free agent after his contract with T1 expired. Faker is seen by many to be the greatest of all time in professional League of Legends and with good reason - he has won three world championships, the only player to do so. He has also won multiple LCK regional titles alongside an MSI title, which further exemplifies his status as the GOAT of the game.

And after spending nine years with the same organisation that he has helped bring so much success, it appears that Faker is apparently considering multiple offers from various regions. This is according to Blix.gg, who also goes on to say that both Team Liquid and FlyQuest, two teams from the LCS. Of course, this isn't the first time that these types of rumours would hit the mill, especially when it concerns Faker and his future at T1.

This isn't the first time that he's considered offers from other teams during the times he has spent as a free agent. There have been reports in the past where he explores his options before re-signing with T1 once more. And if he does, it will be his 10th consecutive year with the organisation, the longest any professional player has spent with a team.

Considering that he is a part owner with shares to boot, it's hard to see Faker don any other jersey. But then again, it doesn't hurt for one to imagine what it will be like if Faker makes the move to another region. Given that both Liquid and FlyQuest were two teams quoted to have made offers for the legendary midlaner, we've compiled a list of six teams that could potentially sign Faker.

With the news that Søren "Bjergsen" Bjerg has left Liquid after just a year with the team, that leaves one of the LCS' biggest organisations down to just three core members. Of course, Bjergsen wasn't the only one leaving after a season with Steven "Hans sama" Liv having left a few months ago. This came after the team failed to qualify for Worlds after four consecutive appearances. As the mid-lane is now vacant, it could open up a spot for Faker. And given that Liquid has been in the scene for quite some time now, they will have the funds to be able to afford Faker's contract.

By signing Faker, Liquid could then build a new roster around him. While the language barrier could be an issue depending on who is in the squad, Faker will bring plenty of experience and knowledge to the organisation. He can also bring some much-needed leadership to a team that spent heavily this season but failed to solidify an identity and playstyle for most of the season. With Jo "CoreJJ" Yong-in still in the Liquid roster, there is one player Faker will be familiar with, having lost to him in the 2017 Worlds grand finals.

Being the second of two LCS teams to have made an offer for Faker, it will be interesting to see if Faker will truly consider making the move to FlyQuest. Given the team's track record in the LCS, the 2020 season was their only memorable year with two second-place finishes as well as having made their debut at Worlds, which ended in the group stage. But if the organisation can afford Faker's salary, he could be what the team needs to kickstart a rebuild.

FlyQuest has strictly been a mid-to-lower table team over the past two seasons, having finished in fifth/sixth place during the spring and in seventh/eighth in the summer. It has also been rumoured that FlyQuest will be picking up one of Faker's former teammates from his first championship-winning season, Jung "Impact" Eon-yeong. The former EG man has officially left the squad and if reports are true of him joining FlyQuest, this could be the nudge Faker needs to consider making the move.

As one of the most popular organisations, money is no issue for a team like 100 Thieves. With a total net worth of around $460 million, it wouldn't be much of a surprise if 100 Thieves were to make the move for the fabled mid-laner. While they have always been one of the LCS' top contenders, 100 Thieves only has a single LCS title to its name alongside three world championship appearances, all of which ended in the group stage. While their roster looks pretty much set for now, they could be looking to make a change if they want to truly contest for another regional title, let alone a world championship.

If Faker were to join one of NA's biggest names in the game, at least communication and language wouldn't be too much of an issue with two other Korean players on the team, namely ChanHo "Ssumday" Kim and JaeHyeon "Huhi" Choi. Of course, there will be a bit of an imbalance for the roster as Felix "Abbedagge" Braun will have to make way. Having joined the team mid-way last season, it's hard to see 100 Thieves make any more changes but one can never know...

Another household name when it comes to NA organisations, TSM has been in professional League of Legends since its birth. While the team has been in a bit of a slump for the past couple of years, picking up someone like Faker could be the catalyst to turning their fortunes around. Much like FlyQuest, TSM's last appearance at Worlds was back in 2020 and since then, the team has been one of the worst performers in the LCS. By picking up the three-time world champion, he could provide some much-needed leadership and in-game experience and knowledge to steer the team to new heights.

With just three core members on the team, for now, TSM will have to move on from Yi-Tang "Maple" Huang, who is still under contract with the team. While TSM as an organisation should have the funds available in order to afford Faker's salary, they may not look to spend most of their budget on a single player after suspending their $210 million contract with crypto exchange, FTX.

Of all the five teams, Golden Guardians being one of the teams that could bring Faker to the LCS seems to be the unlikeliest outcome. Of course, stranger things have happened in the world of esports. And given the fact that GG is owned by the NBA team Golden State Warriors, they could get some further investment into the team, especially considering it is Faker that they could sign.

But taking a look at GG's record in the LCS, they have never finished higher than fifth/sixth place. While they do manage to make it through to the regional playoffs, GG has never had a real shot in contesting for a top spot that could bring them to MSI or even Worlds. With Faker at the helm and with the right team around him, he could increase GG's stock tremendously. And with their parent owners being four-time NBA champions since 2015, they definitely know a thing or two about winning the biggest titles.

Will Faker leave the LCK?