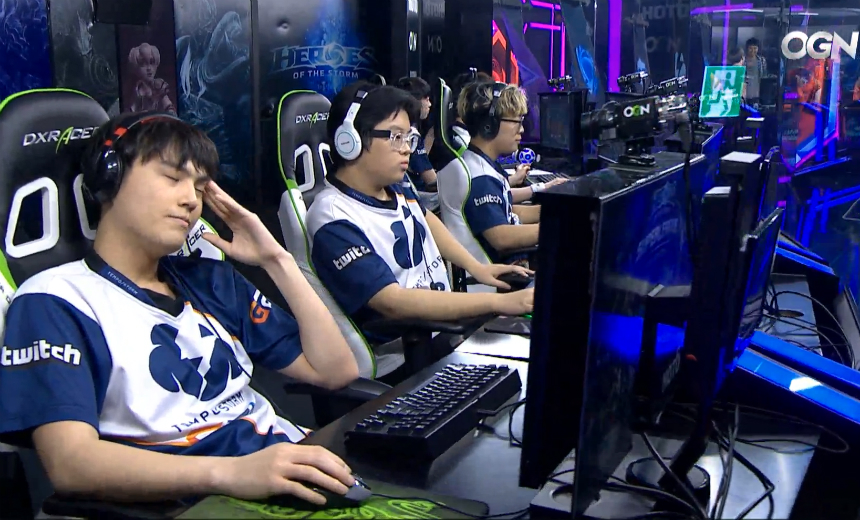 Tempo Storm, the reigning Summer Global Champions, will not return to defend their title at the most prestigious international tournament, BlizzCon.

MVP Miracle once again defeated Tempo Storm with a 3-2 victory, eliminating them from the Super League tournament and denying them a trip to BlizzCon.

In their previous match in the group stages, MVP Miracle upset Tempo Storm, 3-1. However, since the upset, Tempo Storm slowly regained momentum and nearly defeated the top Korean team, MVP Black. Moreover, the previous match occurred before the recent Machines of War patch. Although the new map Braxis Holdout and the new hero Alarak were not available, the various balance changes, reworked heroes, and the mount speed changes altered draft strategies and hero priorities.

Similar to the MVP Black and L5 series, both teams highly prioritized the newly reworked Valla. In each game, Valla was either picked or banned in the first rotation. On the other hand, Li-Ming and the recently nerfed Falstad appeared in only one and two games, respectively. The stakes were high as the loser would be eliminated from the tournament and lose their chance to qualify for BlizzCon.

Tempo Storm rebounded in game 2 on Dragon Shire to tie the series 1-1.

Tied 1-1, Tempo Storm brought some heroes to Sky Temple that have fallen out of the meta: Sonya and Kael’thas.

Tempo Storm’s Sonya and Kael’thas selections paid off as they dominated game 3.

In game 4 on Battlefield of Eternity, MVP Miracle survived elimination, tying the series 2-2.

The final map was Cursed Hollow. With their tournament lives on the line, MVP Miracle drafted a composition with extensive map control and awareness. Conversely, Tempo Storm bet everything on the Lost Vikings as their final pick.

With the loss, Tempo Storm will not defend their Summer Global Championship at BlizzCon. On the other hand, MVP Miracle will play L5 to determine who will secure the final Korean spot at BlizzCon. The winner of that match will play MVP Black for the Super League Championship. Tune in to OGN Global on Sunday, September 25 at 11:00 CEST to see who will join MVP Black as the two Korean representatives at BlizzCon.

Who will join MVP Black at BlizzCon?

Reworked Valla vaults back into Super League, but how did she perform?

The rise of Team League

Super League: MVP Black and Tempo Storm fight for a spot in the winners’ finals.

Catch up on these Heroic Duos to up your Hero League game.