The Nydus Network game between MVP Black and YL 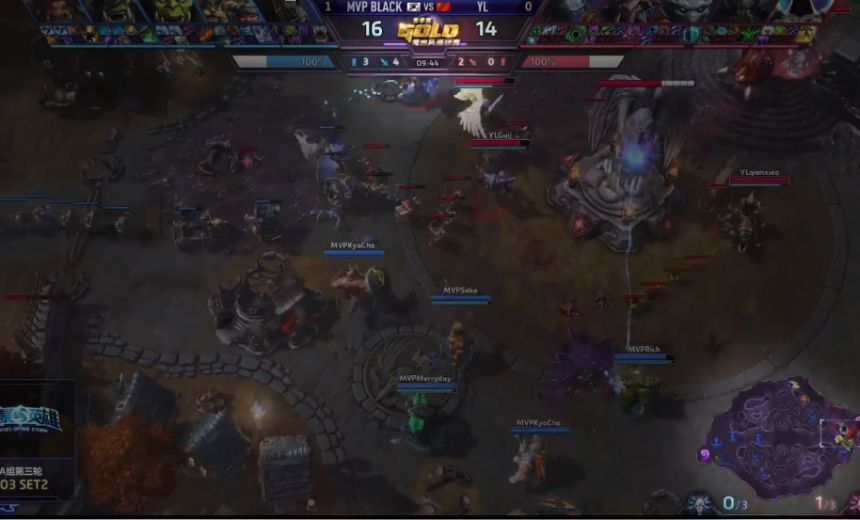 The split pushes are real and this frantic game had nearly 4 keeps down by 8 minutes. What is this cheese?

Most games featuring MVP Black end in a similar way. Parity until level 4, MVP Black takes an early lead then never let go until they end the game pre-20. It's to be expected when playing against the best team in the world. However, after losing game one in a similar manner, Team YL knew they had to pull out something unexpected.

Cursed Hollow is one of the largest battlegrounds in the game, meaning that split push strategies, heroes with global presence, and The Lost Vikings are very powerful. Their ability to effectively gain XP and push objectives is stronger as battleground size increases, and it's no wonder that we saw TLV, Abathur, and Nydus Network Zagara picked in the same match.

This is type of game you don't see often at the highest level of play. Keeps were falling like flies and each team seemed to understand that the path to victory was in aggressive pushes and forcing structural trades. We have seen an influx of Nydus Network in competitive play since it's sizeable buff, but to my knowledge this is the first time it was attempted against the best team in the world.

Link to the crazy game

Watch the rest of the days Gold Series matches here.