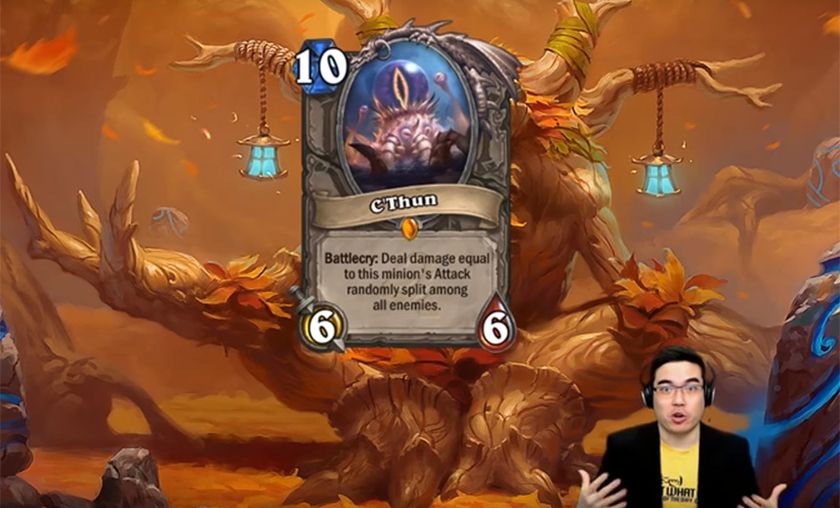 JoRoSaR brings you an in-depth look into one of the best decks on the current standard ladder: C'Thun Druid.

Ready your beefy minions and cultists - it's time to unleash the monstrosity that is [card]C'Thun[/card]. This video will show you how to build one of the easiest to pilot decks in standard and tear through your enemies to reach those coveted legend ranks.

C’Thun was the first revealed Old God from the Whispers expansion and it’s designed in such a way as to help novice deckbuilders create a deck from scratch. C’Thun is a massive 10-drop that grows when you play his entourage and deals heaps of damage on arrival. In longer games, he will often grow to 16/16 and beyond, which means Druids just discovered their FoN/SR alternative!

C'Thun Druid keeps the same midrange, play a-minion-a-turn style that the class is known for, but replaces old staples like [card]Druid of the Claw[/card], [card]Keeper of the Grove[/card] and [card]Piloted Shredder[/card] with lots and lots of cultists. The goal is to build a sturdy board, take initiative, go on the offensive and deal enough damage so that a C'Thun trigger can be lethal, or at least close to.

The video guide contains several different variations, so you can pick and choose which one you like best.