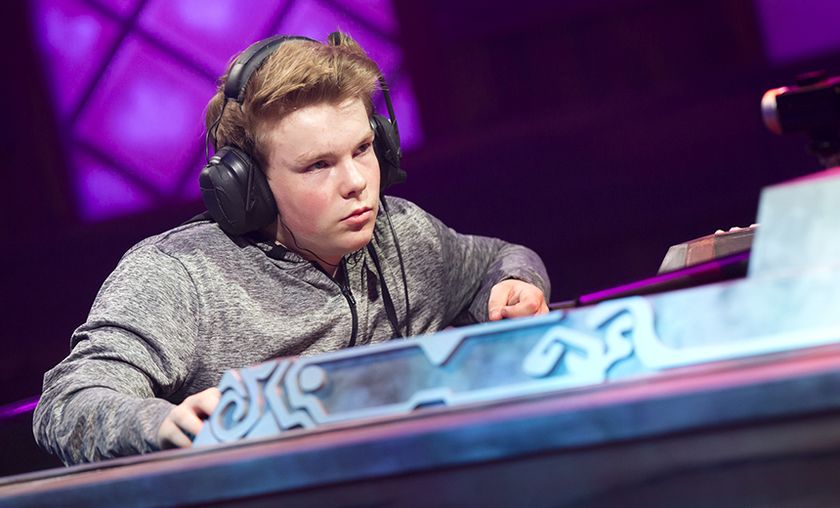 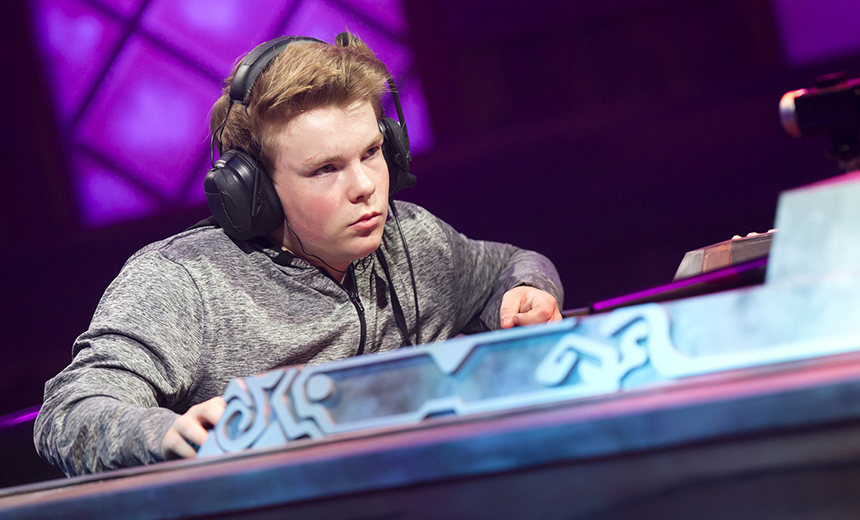 When one talks about the breakout players of this year, the name George “Georgec” Connoly is an obligatory mention. The young UK prodigy emerged during the Spring season and since then he’s made every single major HCT event, the only one together with Korean superstar Il-Mook “Handsomeguy” Kang to travel to three in a row.

Despite his rapid ascend through the Hearthstone ranks, Georgec will miss the tournament he’s been chasing so hard all year and will watch the world finals from the sidelines. His elimination from the Last Call Invitational came at the hands of Pavel “ Pavel” Beltukov and that’s the second time in a row Georgec is ousted by the eventual winner.

Catching him after the campaign-ending loss is Tom “Matthieist” Matthiesen. For the GosuGamers mic, Georgec talks at length about the tiny intricacies of being a competitive Hearthstone player, reading the meta and why the Dr Boom / Combo Druid times were the best of days.

I'm joined by Georgec after his loss. How are you at the moment?

Very salty, to be honest. I just lost a favored series. The first three games were a joke, just like when I played against DrHippi but the problem this time was that DrHippi out-mindgamed me while Pavel just high-rolled me. I really hope Rdu wins.

How do you cope with such a loss? It's the most important tournament of the year, but it's probably not the first time that's happened.

"In the end of the day, it's not about winning money, it's going to Worlds."

"When I played versus DrHippi, I lost three favorable match-ups in a row but he queued the best percentage decks against Freeze because he knew, while Pavel didn't and was probably randomizing, so it's kind of maddening losing to someone who didn't put as much thought into the game. DrHippi knew what his strategy was, knew what he had to be doing. I don't think Pavel did and that's kind of what makes me angry.

If I lost to  Rdu, I know he knows what he's doing, and that's fine. Even if get completely high-rolled it's not as bad, not when you lose against someone who makes mistakes and gets lucky when he needs it.

I get what you mean. Still, you've had incredible performance this entire year and I think you're probably the breakout player of the year, nobody's set a record like you at such a young age. Even Amnesiac, who won the Winter AM Championship hasn't made repeat performances. What's it like for you to do this at such a young age?

I put a lot of time into the game so I expect to get some results in whatever form they come but it feels bad to get to three events and not make it to Blizzcon. If it's one in eighth chance every time, it means I had only 37,5 per cent chance. Even if I had three more years of this, the chances wouldn't improve dramatically.

Conquest seems bad, Bo7 single elimination seems bad, but the idea of prelims is good, the idea of cutting to top 8 is good, and so is going to LA. The way Last Call is organized is fine, but the fact that you just sit in a room is a different experience compared to traveling for the championships where you get to win some money even if you lose.

In the end of the day, though, it's not about winning money, it's going to Worlds. Unfortunately I couldn't do it despite two favored series. 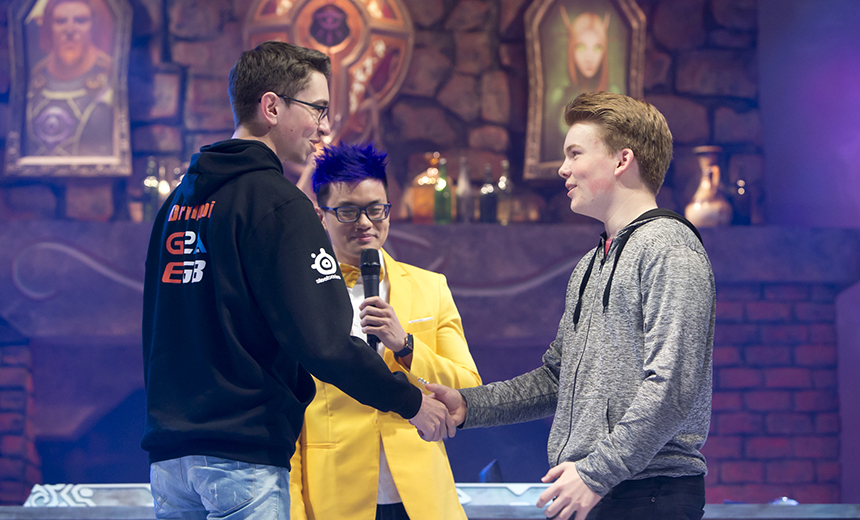 How did you even start with Hearthstone?

I've been playing it since closed beta. I just played casually at the start because I didn't think I could take anything out of it, but I kept going because I want to improve in everything I do. Eventually, I became better so I decided to take it a bit more seriously. I first got legend when I was 13, got top ten when I was 14 and it exploded from there. I got high finishes on ladder and in tournaments...

The thing about Hearthstone is that if you put a lot of effort in it you won't get results right from the start but then you get to a point where it just explodes: You hit that critical point where you understand how everything works and you can make really good tournament line-ups.

"Blaming losses on RNG only makes you feel better only for a short period and you're never going to improve."

It isn't a random thing either. I used to think the game is driven by RNG - and there certainly is a lot of it on ladder - but in tournaments you can have a really good line up for the tournament, where you can predict what people are going to bring. It's way more skill-intensive, which makes getting high-rolled that much more crushing. But if you can just ignore the RNG aspect and try to give yourself the best chances you constantly improve yourself as a player and that's what you have to do. Blaming losses on RNG only makes you feel better only for a short period and you're never going to improve.

Speaking of that, one thing that is super key for Hearthstone in the next few years is how much randomness there is in the game. If Blizzard could somehow make tournaments insanely skill-based, then you'll get even more consistent players and this cliche of "Hearthstone is all RNG" will go away. If they can steer the game in that direction it would be great. If you're a better player, you already have a statistical percentage advantage to your opponent if both line-ups are the same. You just need to make skill be worth more than 50 per cent of the game's value compared to luck.

So you're saying there needs to be a balance line and currently that line is pushed way in favor of luck?

Yes. When I talked to Blizzard, they said that for the best metagame they want to have the win-rate percentages to be really close but the problem with that is that you're just coin-tossing like on ladder.

I actually think that the [card]Dr Boom[/card] / [card]Force of Nature[/card] meta was the best meta in the game. The only reason I say that is because there were actual comeback cards like Dr Boom, which, yes, were ridiculous in the early game but you had answers to them, and they gave you a comeback mechanism. The opponent could blow you out in the early game with insane draws but  then you had cards which, despite being RNG, had a predictable outcome to some extent. They weren't volatile on a Yogg level.

Even though Dr Boom was overpowered in terms of outcome, sometimes it just gave you a chance. Zoo could curve out really well and then you [card]Innervate[/card] out a Dr Boom and have a chance.

The meta was also really good because the match-up percentages were really high - Combo Druid would beat Freeze Mage 60 per cent of the time - so if you had a better read on the meta, you could get better chance of winning the series. Whereas now, it doesn't matter if I see Hunter, I can still queue Control Warrior and win the unfavored coin flip.

"Something that will be key for Hearthstone in the next few years is how much randomness there will be in the game."

If the percentages were way wider, then to win against a negative percentage you have to take more risks and do something different. For example, usually Rogue against Freeze Mage has to go super aggressive or just mulligan hard for [card]Edwin VanCleef[/card] or [card]Questing Adventurer[/card].

Having close match-up percentages isn't necessarily a bad thing, it means that there's more balance and it means you can still win from bad situations but it also means that people can exploit it by just getting lucky. If luck is even 20 per cent of winning and they get half of it while you get none of it it's a 10 per cent advantage and that's more than you get from mind games. This is something me and Laughing were talking about, how out-mindgaming your opponent gives you about 2 per cent advantage per game and that adds up to nothing because it's not a total of 12 per cent: It's 12 per cent over five different games of 500 per cent total. It's virtually no advantage compared to luck.

You're riding a strong break-out performance but aren't on a team yet, and I can't imagine none has approached you yet. Why are you still a free agent?

It's a combination of things. I had a few good offers but they wanted a cut of winnings - which Frodan advised against me signing such a contract - or wanted me to go to events at difficult times. I am also probably not too god of investment for the big teams: I don't stream and tournaments are kind of irrelevant.

Are we going to see more of you this year?

I don't know about this year, but next year I'll probably try the circuit again, maybe not the start of the year because of school but will try to jam in for the Last Call. It will be a rough grind, but I'll do it if I have to.

I'll probably start streaming and do some content, too. For me, it's not about the fame or the money, it's about the huge potential that Hearthstone has. 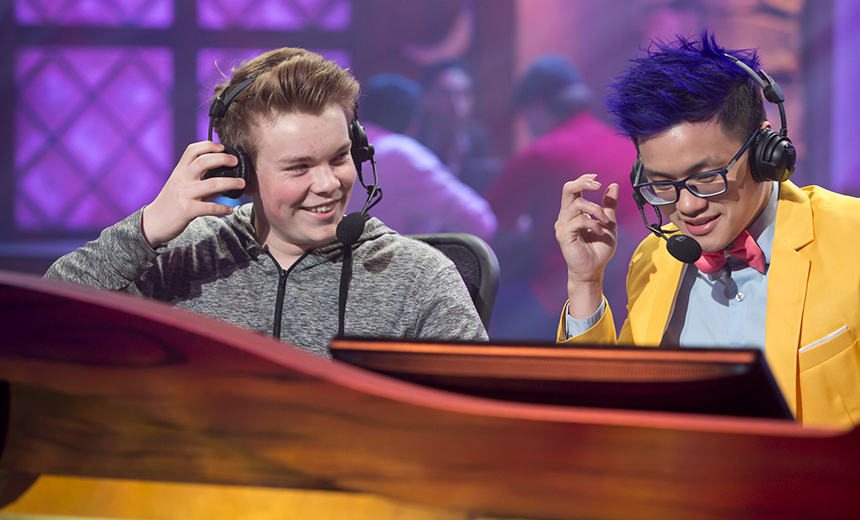 What do you like more: Dr Boom's meta or the current one?