At first glance, the Celestial Championship Series is a tournament like all other. It has round robin groups, uses Bo5 Conquest and has single elimination playoffs to determine the winner.

But beyond that, things get interesting, making CCS very unique. Each player has to bring nine decks to the tournament. Unlike Viagame’s HouseCup, however, he/she has to split them in three equal parts for each of his/her round robin opponents. He/she has to use the same decks for the playoffs, too, announcing beforehand the line-ups for quarter, semi and grand-finals.

Now, this is nothing strange for the Chinese audience and team leagues like NEL and TeamStory have been using similar or exact formats, but CCS is the first tournament to bring this to a western public and players. Metagame-wise, the results are magnificent.

Let’s look at the deck types used by the 16 players:

Praise must definitely be given to League of Explorers as well. With just two wings released, the new Hearthstone expansion has already done more for the diversification of the meta than TGT ever did. 28 different archetypes have been used across all nine classes, giving an average of three per class. As comparison, the last edition of Viagame HouseCup – another nine-deck tournament – saw only 25 archetypes.

Going through the graph, there are a couple of things worth pointing out:

Combo druid remains the primary Druid spec. Despite the rise of aggro Druid on ladder and sometime sin tournaments, the traditional midrange with double Force of Nature / Savage Roar continues to be treated as the most stable, reliant Druid build. A singular ramp was brought by Firebat.

Mage and Warlock continue to be the most diverse classes. This has pretty much been the story of Hearthstone metagames since days of old, even more so with the release of GvG. With both classes, control decks seem to be more popular as freeze Mage and Renolock Highlander taking almost 50% of the slots for their respective classes.

Here, let’s take a pause and look at some of the more interesting decks. The Renolock highlander rose to prominence with the release of LoE Wing #1 and we did a spotlight post on it as Stanislav Cifka used it to conquer the ladder. The Malylock is another archetype empowered by LoE cards – particularly Brann Bronzebeard – and was used by Purple to win DreamHack Winter. And about that single aggro Mage there – which I’m sure you’re all wondering what’s that all about – it’s a revised copy of TiddlerCelestial’s original frostfire burst Mage. Here’s a guide on it and we’ll make sure to have the updated version on our site soon.

While on the Mage and Warlock topic, there’s been a lot of diversity even within the artchetype subsets. Zoos varied from very aggressive, to Sea Giant tokens, to Demon zoos. Tempo Mages also varied in how aggressive and fast they are, while Freeze Mages swapped between traditional and new Reno standards. 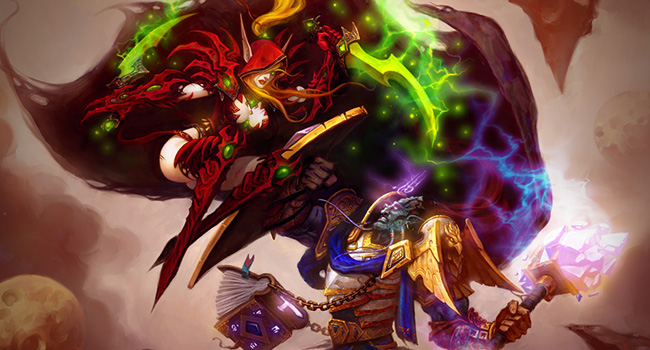 It’s unbelievable: Rogue has three archetypes! This is by far the most pleasant surprise of the entire tournament. Where there was only Oil Rogue before, now we see players experimenting more prominently with Rogue’s new toys. Brann Bronzebeard aided the resurrection of the Mill Rogue while Unearthed Raptor is spawning an entirely new archetype – midrange zoo Rogue.

That’s not all the weird new stuff, though. The highlander hype has reached the lands of the Paladins and is spawning a whole new brand of slow, control decks. Aggro Shaman is a thing now, with Tunnel Trogg adding more early game power to the class and giving Thrall another way to go for the face without relying on dirty, noisy, environmentally unfriendly machines. The maniac that is Firebat introduced the so called “freeze Priest”, a deck not for those faint of heart. Even the good old Dragon Warrior is back, dwarfed by its Control and Patron cousins but making a proud appearance nonetheless.

The moral of the story: Having watched Hearthstone for a long time, there’s no arguing that nine-deck formats are valuable to the game. By getting rid of the line-up limitations that would usually pair players exclusively with the strongest decks of any given metagame, creativity is given a green light. Lesser played decks and classes are given the chance to be tested in a tournament environment and possibly improved and perfected to become tournament staples.

I have no illusions that every single build in this game will be equally viable. That’s never been the case for any TCG, but the open nature of the Hearthstone scene provides this opportunity to test and experiment with different formats.

To not make use of it is absolute folly, so well done, CCS.

Note: All decklists from CCS will be available in our deck archives soon.