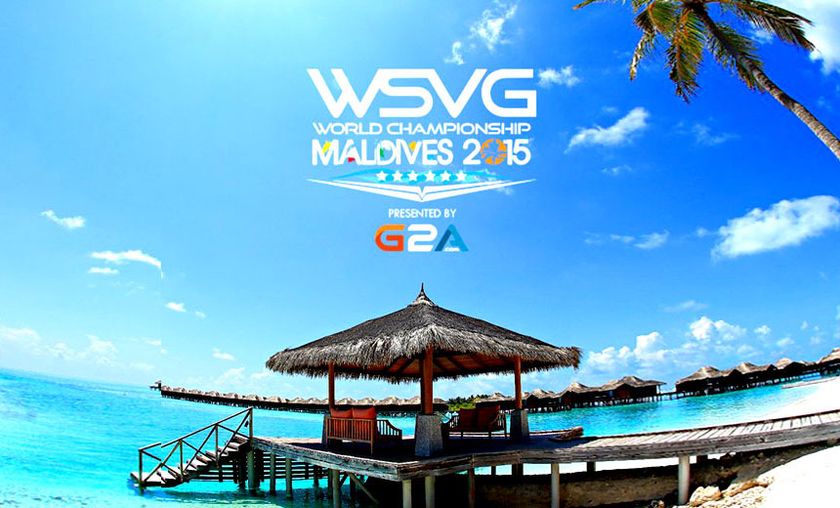 Players from various esports disciplines are still waiting for prize money they are owed from the World Series of Video Games (WSVG) tournament, held in October last year. The event advertised a total prize pool of $50,000 spread across three main disciplines – StarCraft 2, Hearthstone and FIFA 15 – but as yet around $32,000 remains unaccounted for, with players and teams still awaiting payment. With January agreed as the final deadline for the payouts, the organizers are three months late at the time of writing.

While the abbreviation WSVG might not mean much to younger esports fans, old-timers might remember it as the brand that picked up where the Cyberathlete Professional League (CPL) world tour – a major North American circuit that ran between 1997 and 2007 – left off. WSVG’s first run was brief, with the firm disbanding in 2006 after one short year of operations. It would be eight years until its resurrection in 2014 under the name of World Series Corporation, and its first actual tournament in the new age of esports came in the form of WSVG 2015.

Even before the reports of payment issues surfaced, WSVG had shown multiple warning signs that it might not be the best-run event. Disregarding the unusual choice of venue in the Maldives, the information black hole up until the start of the event or the fact the organizers had no track record in running esports events, there was still the terribly produced opening ceremony: 17 minutes of tech failures after hours of delay. In fact, the introduction was so poor that it prompted one esports journalist to write how “WSVG stands alone as the worst thing in esports.”

While that statement is contentious, especially in the year that saw the infamously catastrophic Gaming Paradise, WSVG’s situation was far from ideal. Even though the StarCraft 2 tournament was scheduled in the break between two premier events, the combination of bad production and relatively low profile of the participating players left the fanbase apathetic about the action. The Hearthstone tournament had it even worse, as the dates directly coincided with the World Championship campaigns in Europe and North America, which completely overshadowed whatever was happening in the Maldives.

According to one participant, real concerns of a potential payment delays began to surface towards the end January 2016, with WSVG officials attempting to assuage those doubts by stating that the prize money would be paid in the coming weeks. When payments had still not been received at the end of January, WSVG issued and subsequently broke several more deadlines, including February 22-25 – already a month past the original date they had given – and early/mid March, when a player was promised that the funds will be released “any day now”.

When approached for comment, WSVG’s CEO Luis Prata confirmed that the company still owes “a partial amount of the prize money”, estimating it to be about $32,000. According to Prata, the delay is caused by two of their main sponsors failing to pay WSVG, which in turn has prevented players from receiving their rewards.

One of the sponsors in question is the Government of Maldives. According to WSVG, there were a number of promises made prior to the event that are yet to be delivered on, ranging from prize money to the waiving of import tax on necessary equipment to deliver the event.

“
The main sponsor which has not yet fulfilled its agreement is the Government of Maldives. We ended paying many, many expenses that were supposed to be covered by the government, as per agreement established in December 2014, and on which terms we accepted to organize this event in the Maldives. Even the simplest of things like no import tax on the equipment that we shipped to the Maldives to run this event were not provided to us, and in some cases we ended up with a part of our equipment stuck on the airport, which clearly made it difficult for us to run some of the transmissions. We ended up paying import tax for some of the equipments we used, the same as we would import these equipments to sell them there, which was never the case. We're still waiting to be reimbursed for all these expenses. This reimbursement alone would cover the total amount of the prize money pool.”


Prata additionally cites what the Maldivian government call a “domestic terrorist attack”, which happened prior to the WSVG tournament and severely injured the government official tasked with working on the event, as a reason for the delay. The incident in question is an explosion on the private boat owned by Maldives president Yameen Abdul Gayoom which took place on September 28th, and injured the first lady as well as an aide and a bodyguard of the president. The incident itself has been investigated by multiple parties, including the FBI, Australia, Saudi Arabia, India and Sri Lanka, with no conclusive outcome as to the causes yet available.

While Prata chose to not name the second event sponsor at this time, correspondence between one player and a WSVG spokesperson obtained by GosuGamers points towards online games retailed and key re-seller G2A. According to that same WSVG representative, G2A were already four months late in early March and yet to pay the tournament organizers, although Gosugamers cannot confirm this, and indications from inside G2A are that they are working with WSVG to ensure players receive their payment. While he was not willing to name G2A as the other party involved, Prata has stated to GosuGamers that this second sponsor has assured WSVG that payments will be fulfilled within the next 60 days, counting from the time of our conversation on March 22nd.

Communication between players, organizers and sponsors has also been unreliable at best. While one player has exchanged multiple emails with event’s spokespeople, another told GosuGamers that all he got from WSVG was a deafening silence. At the same time, one participant who took upon himself to find and talk to a G2A representative about the delayed payments was told that G2A have also not heard back from Prata and have nothing to do with the delay of the payments.

GosuGamers has reached out to G2A for comment and we’re waiting on their response.

For the time being, WSVG are relying on bank loans, their commercial partners and their normal revenue sources to try and pay out the owed amount one drop at a time. A handful of players have already received bits and pieces of their prizes, while others are yet to see a dime from their five-figure cheques.

According to Prata, the many problems they encountered running their debut event have not dampened their motivation to continue in esports, although they have informed us that any subsequent tournaments will only happen when the prize money has been paid in full. A change of sponsorship policy has also been adopted to prevent such issues in the future, the CEO went on to say, with future partners being required to provide proof of funds up front before an event can be planned.

As always, GosuGamers will keep you up to date with the story as it unfolds, so stay tuned for more details as and when they are revealed.