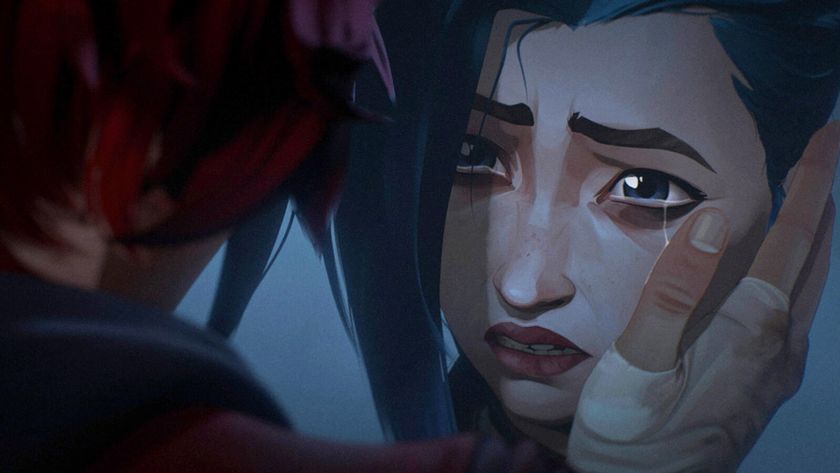 Netflix and Riot Games’ League of Legends series Arcane has won Best Animated Program at the Creative Arts Emmy Awards. The series is now the first ever streaming show to win the award, beating out Bob’s Burgers, The Simpsons, Rick and Morty and Marvel Studios’ What If…? in the category.

Arcane was a clear favourite to win Best Animated Program at the 2022 Emmys, but it still went up against tough competition to do so. The Simpsons, Bob’s Burgers and Rick and Morty have won multiple Emmys during their respective runs, and Arcane is a fresh-faced entry to the competition this awards season. The series’ co-creator Christian Linke received the award on stage, saying:

Thank you for this. It’s a big deal for us as we come from video games. It’s been amazing to see the world embrace our characters and our stories so thanks to Netflix who believed in us from the beginning, thanks to Riot Games, who worked on the whole IP… and to all the people that have been with our game and League of Legends for the last 12 years or so who helped make it as big as it is now.

It’s worth noting that Arcane picked up the award at the Primetime Creative Arts Emmy Awards, a separate event that precedes the main 74th Primetime Emmy Awards ceremony taking place on September 12 next week. Arcane also won three Emmys for Outstanding Individual Achievement in Animation, a category that comprises multiple winners. The award went to Anne-Laure To, Julien Georgel and Bruno Couchinho of the series’ animation studio Fortiche.

Arcane was also nominated for Best Sound Editing for a Comedy/Drama Series (Half-Hour) and Animation, but lost in the category to the HBO series Barry. Hailee Steinfeld, who voices Vi in the series, voiced her support for Arcane’s big win on Twitter:

Arcane has completed its run at the Emmys with this win, as the series isn’t nominated in any of the categories at the main event next week. However, it might still pick up a few more wins via pending nominations from The Hugo Awards and The Saturn Awards for Best Dramatic Presentation and Best Animated Series, respectively - but time will tell.

Arcane has clearly proved to be a bigger success than Riot Games and Netflix might have originally anticipated. The series has made waves since its release in November 2021, and was almost immediately renewed for a second season currently in production at Fortiche. The animation studio has since entered a new partnership with Riot Games for more projects in the pipeline, suggesting that Arcane is just the start of more League of Legends spin-off media to come.

Do you think Arcane deserved this win?