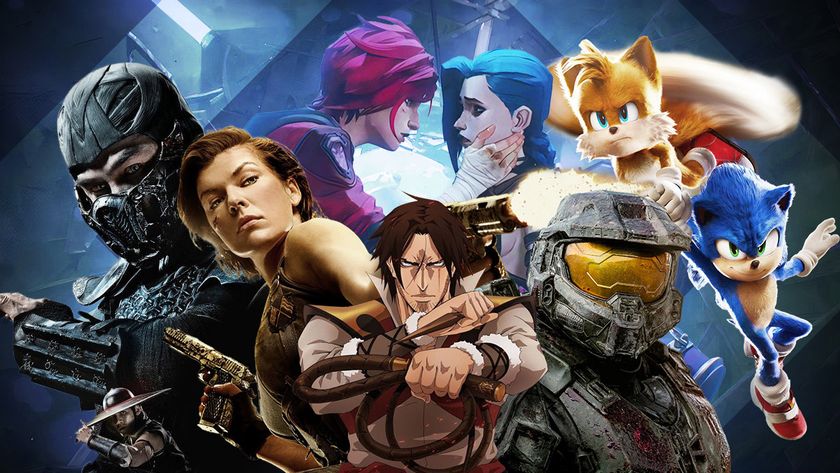 Here are three game adaptations we loved, and three more that disappointed us.

We're living in the golden age of game adaptations. Not only are major franchises like League of Legends and Sonic the Hedgehog getting made into movies and TV shows, but deeper cuts like Cuphead and Firewatch are finding their way into wider audiences too. These projects are often being worked on by people who actually appreciate the games they’re based on, and it shows. Arcane’s level of quality was almost unheard of in the realm of game adaptations, but now the series has set a new bar for others to meet.

The attraction of adaptations of any kind is simple enough to understand. Fans will flock to a movie or TV show based on something they like, as long as it looks like it will do the original justice. Sadly, not every adaptation surpasses or even meets the quality of what came before. For every Arcane, there is a Mortal Kombat (1995). For every Sonic the Hedgehog, there is a Mortal Kombat (2021). Even in the worst adaptations we've gotten recently however, we can find small nuggets of brilliance.

Here are three great (and three terrible) game adaptations you should watch:

Putting Arcane on a list of great game adaptations almost feels like cheating, but leaving it out would be heresy. This League of Legends series not only successfully carves out new territory for characters who have existed for the better part of a decade, but retroactively makes League a more interesting game for it. Arcane makes a good argument for why some games actually require adaptations. We knew bits and pieces of the history behind Champions like Jinx, Vi, Ekko, Caitlyn and more, but Arcane has fleshed these characters out in ways League was never equipped to do.

Also, it’s just gorgeous. Studio Fortiche put together nine episodes of breathtaking animation, and there are far too many sequences I could point to as examples of their wizardry. Ekko and Jinx’s fight is just one reason we’re very excited for whatever Riot and Fortiche are cooking up next.

The best Castlevania content we’ve gotten in the past few years has had surprisingly little to do with the games. Konami’s Gothic horror action game franchise found its mainstream resurgence via an excellent Netflix animated adaptation a few years back, following the story of Trevor Belmont - descendant of the Belmont family of monster hunters. Castlevania plays it fast and loose with franchise lore, taking characters fans were familiar with and reshaping them for a new audience. Until Arcane, it was one of the few adaptations to do this successfully.

The appeal of Castlevania is obvious to fans of the franchise: characters, locations and even music from the games all make appearances to be pointed out with glee, DiCaprio-style. Newcomers will find no trouble falling in love with the series as long as they have the stomach for its Gothic horror, thanks to great writing and animation building up four seasons’ worth of complex characters and thrilling stories only to pay them off in an incredibly satisfying series finale. You don’t have to play a single Castlevania game to adore this show for all its intense spectacle - but you really should. They’re classics for a reason!

Hear me out! Despite their brief Ugly Sonic debacle, Paramount Pictures and Sega have managed to salvage what could’ve been an absolute disaster into a successful franchise, and that’s worth celebrating. Sonic the Hedgehog 2 doubles down on everything that made the first movie work: pure, unbridled love for the source material, a fun villain in Jim Carrey’s Dr. Robotnik and a surprisingly likable cast of human side characters.

Expanding Sonic’s circle of friends was the right move for this sequel, starting with the flying two-tailed fox Tails and the warrior from another world, Knuckles. While the games often focus on a more experienced and confident version of Sonic, the sequel follows a hopelessly naive and much younger version of the character - filled with big dreams he isn’t quite experienced enough to execute. Tails and Knuckles make endearing companions for Sonic on his new quest, while Dr. Robotnik somehow gets more grandiose in his insane villainy.

Sonic the Hedgehog 2 is a great game adaptation not just for its humour and colourful setpieces, but its frequent callbacks to the games; from giant Robotnik mechs to certain hedgehog power-ups, there is so much here for fans to love and very little for them to hate.

Resident Evil and Resident Evil: Apocalypse, at the very least, loosely adapt the story of the first two games by going from the mansion to the zombie-infested bowels of Raccoon City. After that, things take a turn with a worldwide apocalypse, clones stacked on top of clones and a showdown at the White House that lasts all of three minutes. Characters are introduced to the series and subsequently disappear on a whim, while others die, are reborn, and then die again. The series gets worse and worse as it plods along, its plot wearing thin, its characters one-dimensional and pathetically written throughout, with the only saving grace being a few memorable slow-motion action scenes here and there.

The live-action franchise was rebooted recently with the release of Resident Evil: Welcome to Raccoon City, a movie that adapts the first two games much more faithfully, but still suffers from poor writing, a nonsensical plot and bad creature effects. At this point, it feels like Resident Evil movies are cursed to mediocrity on the big screen, despite its games being more beloved than ever. At least we have the TV shows: Resident Evil: Infinite Darkness was a flawed, but fun adventure that reunites Claire Redfield and Leon S. Kennedy after the events of Resident Evil 2, and Netflix’s upcoming live-action series has potential too. Fingers crossed.

Halo is one of the most iconic sci-fi properties of all time, but its live-action adaptation failed to understand exactly why it's so beloved. Paramount+’s Halo series delves into Master Chief, AKA John-117 and his mysterious origins, but the series suffers for this narrow scope. We’re told that the series takes place in the middle of a bloody war between the UNSC and the Covenant taking place across the galaxy, but we barely see any traces of this war - despite most of the series taking place in the heart of the UNSC itself.

Master Chief is an infinitely less likeable character in this series than the games, despite the show's attempt to portray him as more of a human and less of a soldier. What the series doesn’t understand is that Master Chief always had his humanity, even if we never actually saw his face. He didn’t need all this angst and constant spasms of identity crises. Add onto that the overlong Madrigal plotline that amounted to nothing, the Halo ring never actually showing up and the criminal lack of Grunt banter, and you get a series that can’t hold a candle to the games it’s based on.

Last year’s Mortal Kombat movie offered up a generous helping of fanservice, but it wasn’t enough for us to overlook its many, many problems. A solid cast brought iconic characters from the games to life save one: Cole Young, the bland, unremarkable audience surrogate at the center of this movie. As if it’s not enough that the entire story revolves around the least interesting character in the cast, he also replaces Johnny Cage from the games - who served more or less the same role as Young in the first game and 1995 movie.

Young isn’t the only ill-fitting cog in this poorly built machine. After the main cast is assembled, the plot drags on with characters making nonsensical decisions and participating in underwhelming action sequences, only to come to an abrupt, disappointing climax. The Mortal Kombat tournament audiences are teased with from the very start never actually happens, and so we’re left with a needlessly overstuffed story that only serves as setup for the inevitable sequel.

Are you going to check out any of these adaptations?

FromSoftware's next game is almost complete, other projects in development