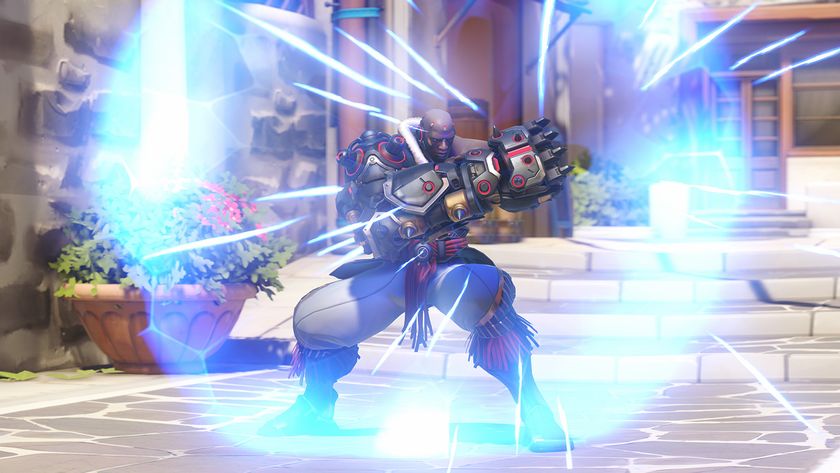 Orisa is losing her shield while Doomfist becomes a Tank in Overwatch 2.

Blizzard has announced major reworks for two Overwatch heroes ahead of next week’s closed beta. Orisa and Doomfist are getting top-to-bottom reworks to better fit the sequel’s new 5v5 team compositions, with the latter hero changing roles from Damage to Tank.

Both heroes are getting pretty impactful changes, to the point that even Doomfist and Orisa mains are going to have a hard time adjusting when the sequel goes live. Orisa’s kit has been almost completely overhauled, with most of her old abilities removed entirely. Halt, Protective Barrier and even her ultimate ability Supercharger are all gone. The Tank hero is being reworked to focus less on defense and more on offense.

Orisa’s new abilities center around the introduction of a Javelin weapon she didn’t have before. One ability called Javelin Spin pushes her forward while spinning the Javelin around, which pushes enemies away and destroys projectiles. Another ability called Energy Javelin lets her throw the Javelin at an enemy to stun and knock them back, the effects of which are increased if they hit a wall.

Orisa’s Fusion Drive primary fire no longer eats up ammo. Instead, it relies on a heat mechanic where once it overheats, it becomes unusable for three seconds. It also rapidly fires large projectiles now, although they shrink in size over time. Orisa's Fortify ability has stayed put, but it now slows Orisa down by 20%. In return, it also grants her 125 temporary health, and reduces heat generated while firing her gun by 50%. That lets you shoot for longer, but keep in mind that your ammo will start shrinking too.

Orisa now has a new Ultimate ability called Terra Surge. Terra Surge gives Orisa all the effects of Fortify while she sweeps in enemies towards her and ‘anchors down’, which suggests that she’ll be locked in place for the duration of the Ultimate. The second Terra Surge is activated, Orisa starts charging up an area-of-effect attack that can be discharged early using her primary fire.

So that's Orisa’s new deal, but how about Doomfist? The Talon agent is shifting roles from Damage to Tank, and is getting some new defensive abilities to go along with that change. For starters, Doomfist will now have increased health (going from 250 to 450) and a new ability called Power Block that functions as the core of his kit. Power Block reduces all damage taken from the front by 90%, which then charges up his next Rocket Punch. Rocket Punch’s damage, knockback radius, travel speed and distance all depend on how much damage Doomfist absorbs while using Power Block beforehand.

Doomfist has lost his Uppercut ability, but Seismic Slam will now launch him into the air wherever the ability is aimed. When he lands, he’ll create a shockwave that both damages and slows enemies down. Hand Cannon can now fire slightly faster with one point less damage, and Rocket Punch’s damage has been nerfed a little as well. Meteor Strike now has a shorter cast time with less damage on the outer ring, and its knockback has been replaced by a slow effect to every enemy hit. That makes Meteor Strike more of a window of opportunity for other teammates to deal damage, and no longer the big damage dealer that it used to be.

While Doomfist’s changes stay quite loyal to his old kit, Orisa’s changes are pretty huge and have the potential to make her feel like a new hero entirely. We’ll have to wait until Overwatch 2’s closed beta launches on April 26 to see how these changes play out. The beta will also let players try out the new hero Sojourn, and a few new maps that you can check out here.

Are you happy with these new hero changes?