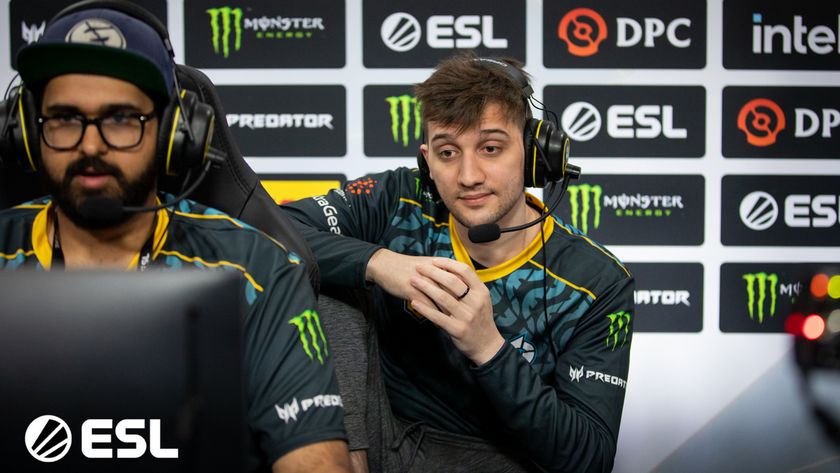 First day of matches in Group A at ESL One Stockholm Major brings worrisome thoughts for Evil Geniuses, the only team unable to land a single game win.

Evil Geniuses are coming to the first Major of the year as one of the favorites at the title, but that perception might change very fast if they don’t find a way to defeat their Group A adversaries.

Day 1 in the group stages brought what can be regarded as EG staple drafts by now and text-book execution wasn’t enough for the NA juggernaut team to outclass their opponents.

Tundra Esports were the first to take down EG 2-0, as the latter felt confident to open both their games with Abed “Abed” Yusop’s signature Storm Spirit. For game one, they went with Artour "Arteezy" Babaev’ signature Terrorblade, in hopes that the duo they used the most in the regional league will also work at the major. But, unfortunately for them, all teams seem to have come prepared to deal with EG’s game plan that relies on Storm plus a heavy agility/armor carry that has the potential to shine past the 40 minute mark.

Leon "Nine" Kirilin outmaneuvered Abed in game one with a Void Spirit, and along with Neta "33" Shapira’s Visage, Tundra were able to set a fast paced tempo and end the game before TB became an issue. Game two featured the same Storm Spirit opener from EG, to which Tundra reacted with a mid lane Pangolier. The draft transitioned more with counter pick action, EG trying to counter Nine with a  carry Bloodseeker, but to no avail, as Tundra worked around the Rupture threat with a carry Dragon Knight and a position 5 Pugna that were able to turn the team fights in their favor.

After going down 0-2 in their opening series at ESL One Stockholm major, EG remained determined to make the Storm work and they went on first picking it against T1 as well. They received pretty much the same answers from the SEA representative, who placed a void Spirit mid lane and a Dragon Knight in the carry position, along with a Treant Protector in the hard support role to nullify the early skirmishes.

Headed to the last game of the day for EG, it was in fact T1 who forced different picks from EG by first banning the Storm and later in the drafting stage, also banning the TB. The second game between EG and T1 was also the most tense one, as the NA team took over 20k gold lead through the first 30 minutes. However, they ran a Naga Siren carry and by the time they felt confident to push the high ground, T1’s mid lane Lina and carry Windranger were able to shred to pieces EG’s core in the high ground defense to make a full come back and take the series 2-0.

At the end of the first day of matches in Group A, OG leads the charts with a clean 2-0 over beastcoast and a tied result against BOOM Esports.

On day 2, Evil Genisues will have just one series on the schedule, and given the rough start they are already with their backs against the wall and in need of a clean victory. Their adversaries are BOOM Esports, who on the first day traded 1-1 both their series and are currently sitting in the second place, tied with BetBoom Team.

Will Evil Geniuses land their first major victory on Day 2?