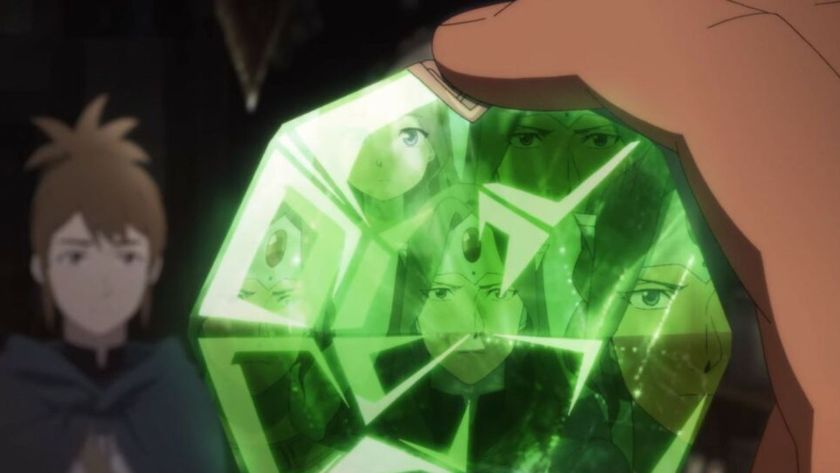 Valve is about to release a big patch that includes both a balance update and a new hero.

The game hasn’t seen an economy overhaul since 7.27 last year, so with 7.29 players should expect a lot of changes, but most importantly they will be given a new shiny hero.

With the patch scheduled to hit the servers just two weeks after the animated series release, most players anticipate the new hero to be one of the new characters introduced via DOTA: Dragon’s Blood. Based on the first series, there are four candidates that make a strong case for being the next Dota 2 hero.

Known in the Dota 2 lore as the greatest Dragon Knights, Kaden is the only one to have slain one of each type of Dragons and to have fought an Eldwurm and survived the battle. He is not a lead character in the first season of DOTA: Dragon’s Blood, but his role in the plot is most likely to be developed in the next ones.

Up until now, Kaden hasn’t been mentioned anywhere in the Dota 2 game, however, in Dota Underlords players can opt for Kaden's Blade which is a tier 4 item. Based on the lore stories about Kaden, if he is to land in the Dota 2 client, he will most likely be a Strength hero, so the next question is: does the game really need another strength hero? The answer is yes. Since 2015, when Arc Warden was added to the game, there have been only three new Strength heroes: Underlord, Mars and Snapfire.

Introduced to the Dota 2 world as Mirana’s mute sidekick, Marci became the uncontested fans’ favorite from DOTA: Dragon’s Blood series. Given the fact that Netflix’s production showcased her with great abilities to fight, she would also most likely fit in the Strength category. Even though she will lack voice lines, if added to the in-game client, her whistling skills would be similar to the other Strength heroes that can't really speak, like Phoenix or Io.

At the center of the first season plot, Fymryn is clearly making a strong case for being the next Dota 2 hero. She is one of the few characters that were presented in the animated series with a plethora of abilities that any Dota 2 player could easily translate into game mechanics, such as invisibility, teleportation, illusions. At the same time, the lotuses she stole were also placed in Dota 2, in the river that separates the Radiant and the Dire sides of the map, just before the animated series premiere.

Although Fymryn is one of the lead characters and one of the few with a full skill set of abilities that could easily be implemented in the game, she seems very much like an Agility hero, another type of an assassin even. And with Dota 2 just receiving  Hoodwink, an Agility hero, earlier this year and with overall four agi heroes added over the past few years, (Arc Warden, Monkey King, Pangolier, added prior to Hoodwink), it is very unlikely we will see her in the game client anytime soon.

The Goddess’ descend is something any Dota 2 player is waiting for a long time. She is featured in Dota 2 client through plenty of Luna and Mirana voice lines, her two most loyal disciples. She is also featured in Mars’ voice lines as he doesn’t recognize her as a true God.

Dota 2 players had been already put at the task to protect her temple from waves of invaders in the Dark Moon event from 2017. Invoker was the last enemy trying to breach the gates and through the DOTA Dragon’s Blood, we learned more about her relationship with Invoker. The animated series also highlights plenty of her possible in-game spells that could come with mind-control effects, which would make a strong case for her being an Intellect hero.

Over the past years, the game received just three Intellect heroes: Dark Willow, Grimstroke and Void Spirit, so Selemene could easily become the next Intellect core to bring a full set of spells to the game.

Are Artifact heroes still a possibility?

When presented on The International 2018 stage, Artifact was said to be the place where we will first-time see the next Dota 2 heroes. A lot have happened with the Artifact game since then, and unfortunately not many great things were in store for it. Now an official defunct game, Artifact actually still is a great place where to look for what Valve might have had in mind for Dota 2 a few years back.

Sorla Khan, an Oglodi warrior, leader of the Red Mist who hunts Axe to make him pay for decimating the army, can be the next Strength offlane hero that would reduce the towers’ armor and become your next must-have hero in push oriented drafts.

Kanna and Prellex are two priestesses capable of manipulating the creep waves and would have a place in the Intellect hero lineup of Dota 2. The former is already featured in Yurnero, the Juggernaut’s Arcana voice lines. Juggernaut is asking Azwraith (Phantom Lancer): “You haven’t heard any rumors of Kanna’s return have you?”

Regardless of who the new hero might be, one thing is certain. Dota 2 players will be spoiled very soon as the 7.29 patch is announced to hit the server today, April 9. A few more hours and the wait is over!

Where do you think the new hero will come from?