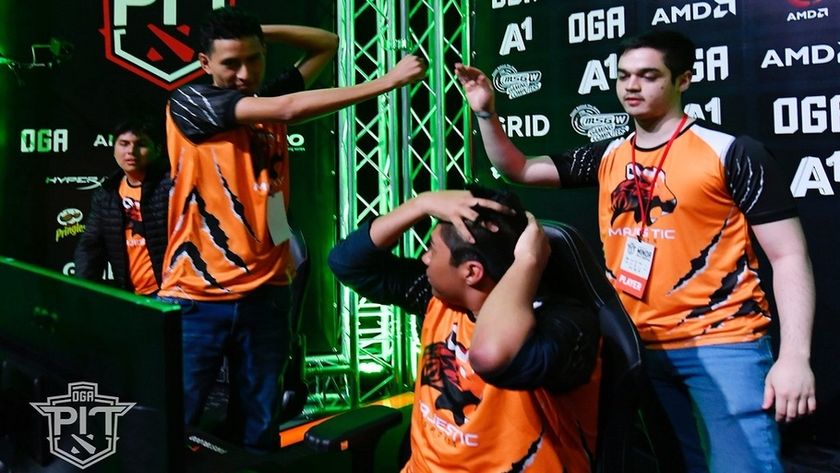 OGA Dota PIT Minor got underway as all eight teams went head to head in their first series for the group stage.

The first day of the OGA Dota PIT Minor yielded a very long day of competition and some unexpected results already. Both BOOM ID and Majestic Esports came out of the gate swinging with some impressive performances and demonstration of how serious they plan on taking this event and their opponents.

While no team will be eliminated in the group stage nor find themselves in starting out in the lower brackets, the group stage serves an important function for seeding of opponents and getting a solid reading on the tournament climate. For underdog teams such as BOOM and Majestic, upsetting teams in their first series can serve as motivational fuel and raise confidence.

Things started out intense with the first series between Ninjas in Pyjamas and Royal Never Give Up. The first match was over 60 minutes long and saw both teams throw and gain the leads with outstanding plays and critical mistakes. In the end, it was the Swedish based organization that took the first game advantage, but RNG was quick to dust themselves off and return with a reverse sweep to take the first series victory.

BOOM ID and Gambit Esports also went the full mile in the first match with another almost 60-minute game. BOOM had an impressive opening, dominating over the CIS rising team and showing just how much they have grown with their previous Minor experiences. Gambit took an easy second game off the SEA opponents and reset the score, forcing the deciding third match. It was here that BOOM really upset Gambit with a shocking 28-minute victory and 5:25 score showing that the first match wasn't just a fluke.

When Alliance took on EHOME many fans were not sure what to expect between these two. Both teams are fairly evenly matched and only are two spots apart in the DPC leaderboards with EHOME in 12th place and Alliance in 14th. They both have had their fair share of ups and downs and aren't playing with their typical roster with players out on both sides due to injuries. What many didn't expect was a 2:0 sweep in Alliance's favor with the first match being 28 minutes, followed by a whopping 71 minutes long match.

Majestic Esports pulled a major upset in the SA qualifiers when they snagged the spot over the favorites, and now they did so again when they convincingly took down Forward Gaming 2:1. Forward's only, but dominant, win was flanked by two impressive games from Majestic Esports, showing that the SA team means business.

The action resumes today at 10:30 CEST with more of the group stage round robin.

Were you surprised at all with the first day of the Minor?

Yes, it was much more and better than expected.
Thank you for voting!
Nope, some teams don't take groups seriously.
Thank you for voting!
Cristy “Pandoradota2” Ramadani
Pandora is a behind the scenes Dota 2 professional Jack of All Trades. When not busy with Dota 2 work, she is out trying to save the world or baking cupcakes. Follow her on Twitter @pandoradota2
Share Tweet
88 people reacted to this post