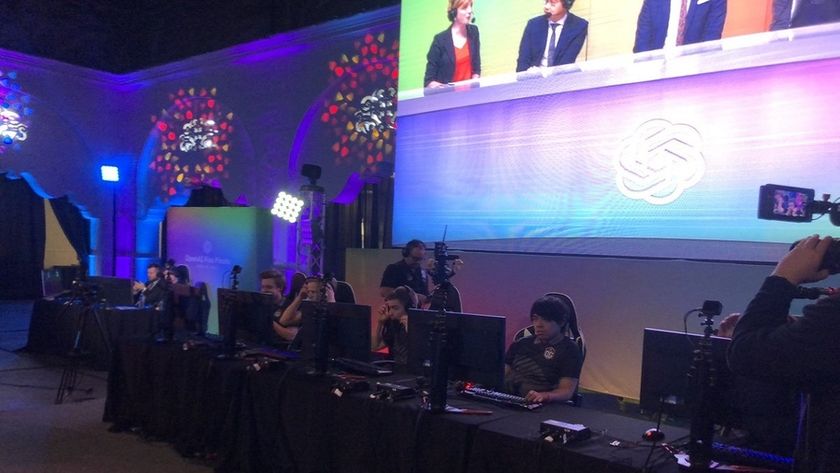 The complete, and intact, OG roster was on hand to compete against the bots, which had been in training since their appearance at The International 8 when they lost both series against paiN Gaming and Big God.

Since then OpenAI Five has been training and the payoff has been big. In a 2:0 sweep, the team took down OG with the second game being only 20 minutes long.

Of course, OG looked like they were having fun and the series wasn't structured or played out in traditional Captains Mode format. Instead, it contained an altered rule set and hero selection as noted below:

In the end, it was all fun and games but the indication of progress from the OpenAI 5 team is significant. But they aren't even close to done yet.

The development team revealed and then demonstrated how the bots can now become part of a human team, as one of the teammates.

Fans can get in on the action now and sign up to compete with or against the bots too.

Will you sign up to play with or against the OpenAI Five?

Yes, for sure
Thank you for voting!
No way
Thank you for voting!
Cristy “Pandoradota2” Ramadani
Pandora is a behind the scenes Dota 2 professional Jack of All Trades. When not busy with Dota 2 work, she is out trying to save the world or baking cupcakes. Follow her on Twitter @pandoradota2
Share Tweet
204 people reacted to this post