Playoff teams for WESG 2017 are finalized 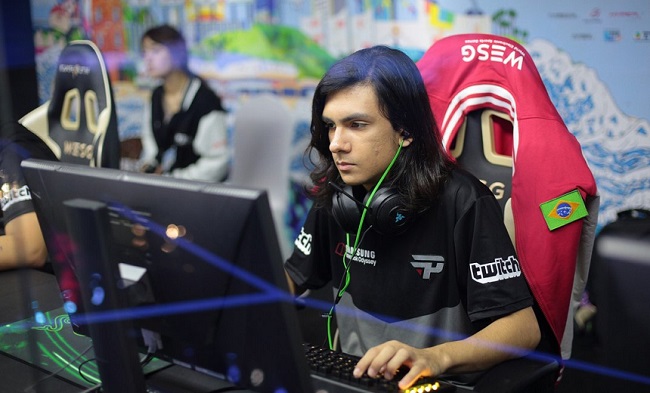 The group stage of WESG 2017 has concluded as Phase II Groups C and D finalized their rankings, separating the winners from the losers.

It seems that not all of the winner's from Phase I group stage of WESG 2017 were able to come out on top once again. Both Team Levithan and Team Finland (5 Anchors lineup) struggled to find their footing after a very successful first phase and were unable to progress further.

After going 3:0 in Phase I, the Chinese team, Rock.Y continued to impress as they rode in with confidence and momentum to advance to the playoffs. The second Russian representatives Ultima Thule have also made their presence known. The team was able to continue to the playoffs give Russian fans double the cheering pleasure.

Not many were surprised to see Team Russia (aka Virtus.pro minus Ukrainian mid player Vladimir "No[o]ne" Minenko) continue their advancement. However, the CIS powerhouse taking over the Pro Circuit didn't take the first slot of the group. Instead, that honor belonged to Brazilian team PaiN Gaming who only dropped one match against the Russians. Team Leviathan's only win was against Team Russia as well - causing many to speculate that the Russians were taking things easy and having a more casual and fun approach to their games.

The action resumes tomorrow, March 16th with a full day of playoff games with the quarterfinals followed by the semifinals. First match is set to begin at 11:00 local time/04:00 CET.

Are you hyped about the playoffs this weekend?

yes, bring it on!
Thank you for voting!
No, I have to watch GESC
Thank you for voting!
Cristy “Pandoradota2” Ramadani
Pandora is a behind the scenes Dota 2 professional Jack of All Trades. When not busy with Dota 2 work, she is out trying to save the world or baking cupcakes. Follow her on Twitter @pandoradota2
Share Tweet
178 people reacted to this post