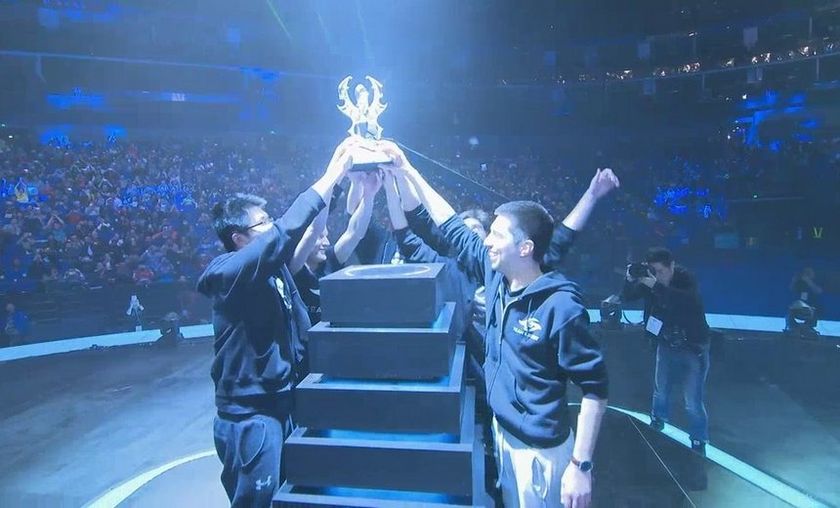 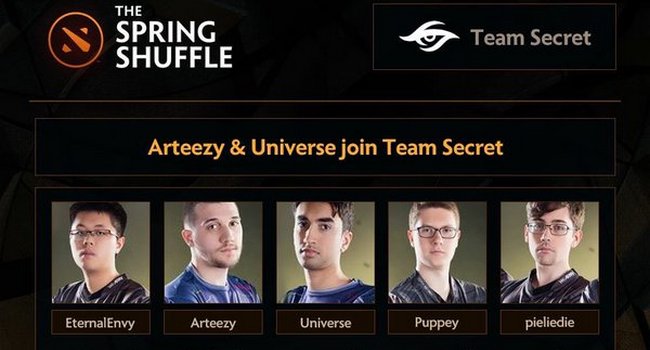 Four days before the spring shuffle ends, two of the strongest Dota 2 teams are announcing big roster changes. Team Secret releases w33 and Misery to welcome aboard Universe and Arteezy.

Two weeks ago Team Secret looked better than ever with a perfect run at the Shanghai Major where they reached the grand finals from the upper bracket and took the trophy home after a 3-1 victory in front of Team Liquid.

A lot of articles praising the champions have been written in the week after and no one could have foreseen the disaster that was about to come with the DotaPit Season 4 LAN playoffs for our new Champions.

At the recently ended DotaPit Season 4 LAN in Split Croatia, Team Secret got eliminated on the first day by Natus Vincere. After their loss on the big stage in Split, Secret chose to hang out together at the hotel and they even watched the grand finals from the hotel lobby as a team.

However, the day they got home the announcement of the roster change was made by Mister Kemal Sadikoglu, Team Secret’s Director.

With his tweet announcement, Mister Sadikoglu has indirectly revealed Evil Geniuses’s roster changes as well. To see Artour 'Arteezy' Babaev rejoining Team Secret might not come as a shocking surprise, but him being followed to Secret by Saahil 'UNiVeRsE' Arora is indeed an unexpected move.

Universe has joined EG for the first time in 2012 and only left the organization during 2013 -2014 for a brief period of time. At the end of January 2014 the golden age roster of EG reunited under the name of SADBOYS and less than a month after they’ve been brought into Evil Geniuses. Since then, minor adjustments have been done to the team but Universe has always been the constant for them, in both game play performances and roster stability.

As of today, he bleeds blue no more as he moves on the European soil to play for Team Secret.

Although no official announcement has been released from EG yet, there are rumors that both SumaiL and Fear will also be leaving the team. But again we need to stress upon the fact  that this is just a rumor for now.  Today, at 04:00 am CET  SumaiL has tweeted the following:

Before going into any speculations keep in mind that OG, despite their mediocre results at both Shanghai Major and DotaPit #4, have locked their full roster on the Manila Major registration list. As for Ludwig 'zai' Wåhlberg, he was recently spotted playing for No Diggity at the Epicenter open qualifiers and they advanced to the regional qualifiers.

No Diggity is a new team consisting of syndereN, Era, qojva, yapzor and zai but they didn’t lock in the roster yet.

Will EG rebuild a tier one roster by the end of this reshuffle period?