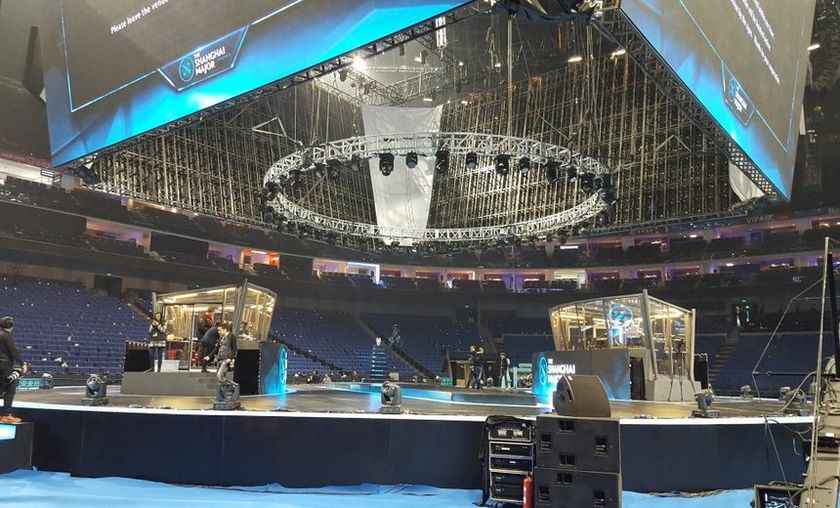 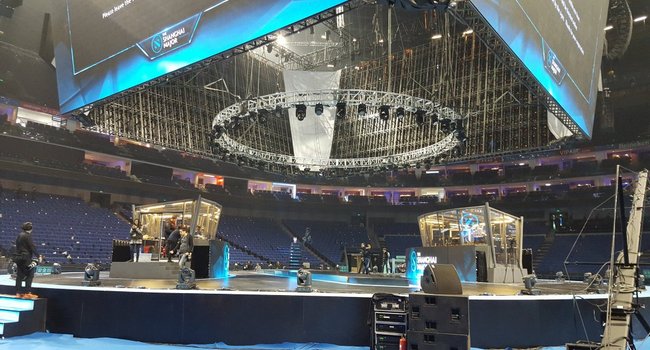 The second Dota 2 Major is surrounded by a heavy drama aura, starting from the group stage and almost falling apart during the first day of the main event, Shanghai Major still delivers unpleasant moments for everyone involved, from players, to casters and finally to us the viewers.

Exiting the group stage with probably the biggest drama that Dota 2 will see this year, James '2GD' Harding getting fired by Valve along with the entire English production crew in the second day, everyone hopped for a kick ass main event to outshine what just happened.

Unfortunately the production of the Shanghai Major main event, which is provided by another company than the one responsible for the group stage disaster, amazed us in a negative way once again.

The first day at the Mercedes Benz Arena has started with a two hours delay and a canceled opening ceremony, which of course added a lot of discomfort to the protagonists of this Major; players and casters alike, not to mention the live audience who purchased tickets and maybe made an effort to be at the arena on a Monday morning.

After keeping quiet on the 2GD subject, both English and Russian panels started to share on their twitter accounts the state of things from their on-site experience.  First to break the silence was David 'LD' Gorman with a shared video of the English panel VIP room.

Followed by the Russian team, who shared with us the conditions they’ve been provided for the actual casting.

Although the day started with a huge delay, sound problems have immediately started coupled with an almost unwatchable English stream that was mostly offline through the first series of the day.  LD once again cleared out the problems that they are facing on the venue and pointed at the lack of internet cables.

As the first day progressed more personalities attending the Shanghai Major started to share their thoughts on the mishaps that plague the event. Here is a small collection of them:

Chinese production guys in the meantime…

Due to huge schedule delays, the first day lower bracket matches had to be played without live audience as the rules at the Mercedes Arena are saying no crowd after 21:30, so as three Chinese teams were about to fight for their survival in the tournament, everyone was politely asked to exit the area. 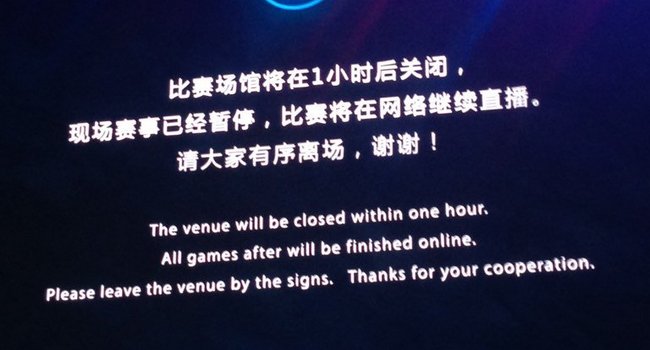 This might not be so bizarre or outrageous as it sounds and it’s not for the first time that it happens to a LAN event. Some countries and some venues around the world have their own regulations, the same situation occurred at the first ESL Frankfurt held on the stadium and at MLG 100th anniversary LAN event in New Orleans.

But what can be qualified as outrageous was yet another hour delay after the first lower bracket match, because the staff has lost one of the player’s keyboard.

While waiting for their game to start versus Team Spirit, compLexity Gaming manager, Kyle Bautista got lost at the venue.

The last games of the day were played until really late hours, forcing the casters to work for more than 16 hours continuously and obviously the efforts of keeping it all positive were dropping considerably.

The day ended at 02:45 in China, but the problems kept showing.

To summarize it all, the Virtus.Pro manager Georgy Faleev twitted:

Thankfully the first game of the day started almost on time, but a new problem was brought to the organizers’ attention. Booths air is unbreathable as the soundproofing was fixed on the fly. EtenrnaLEnVy faced serious issues during their opening game of the day and several pauses were needed because his eyes were tearing.

Team Secret was a bit trigger happy today with the GG call and made mistake at the end of their series; w33 calling the GG before OG got to, which comes with a draft penalty for only the FIRST game from the next best-of-three series. They will have no reserved time for the first draft versus Evil Geniuses tomorrow.

Other aspects from the first day have improved in the meantime, the only downside for China right now being that they already lost four teams from the tournament and they are now left only with Newbee who will face Fnatic in the last game of the lower bracket from today.

What do you care for the most?