Evil Geniuses with a solid performance and spot on drafting look ready to redeem themselves in front of CDEC in The International 5 Grand Finals.

We had a good run this TI, but eventually went down to @EvilGeniuses. We fought hard and it was close, but we'll end today in 3rd. GGWP

The draft opened with a Techies ban from LGD but ppd had prepared an Enigma (Aui_2000) - Phantom Lancer for the first game of the series which forced xiao8 to react with an Earthshaker and a Silencer last pick.

Although they had a good early ganking setup LGD preferred to aim for the mid game, playing extremely safe during laning phase with a lot of stacking for their Gyrocopter and a Hand of Midas first item on the Silencer.

But EG read their game play intentions and nine minute in they rotated Enigma and Phantom Lancer into the enemy jungle and cleared all Sylar’s stacks.  That triggered a reaction from LGD as they smoked as four and went for the top tier one tower of EG’s using their Global Silence to kill four EG heroes and the tower.

But after that LGD weren't very precise in their execution and wasted their global and some Echo Slams just to ensure one kill and even failing in doing that at times because of ppd’s great Shallow Grave saves. The most important teamfight was won by EG on the back of such a small mistakes coming from Yao and MMy who used their ultimates a bit too early in a tier two tower defense and that allowed EG to wipe the Chinese after an intense clash.

Benefiting from his early hand of Midas Silencer rushed a Refresher Orb but Aui_2000 had the answer for it finishing a very fast BkB plus Guardian Graves to purge the Silence. First usage of his items turned around a teamfight in Rohan’s Pit when LGD tried to contest the Aegis and although they used the Global twice EG won the team fight and placed the Aegis on Suma1L.

48 minutes into the game Suma1L finished his own Refresher Orb and Fear was almost immortal with a Heart of Tarrasque and 28 armor. His split push power forced LGD to keep defending and allowed the boys in blue to kill Roshan freely and force the issue on the high ground. With only his Illusions Fear managed to take down tier 3 towers making the high ground push easier for his team. At the 51 minute mark two set of barracks were down and LGD felt they needed to make a winning move. When the next Roshan was up they smoked as five and march to the pit but EG was marching though their jungle for the GG push and broke the LGD smoke. Being wiped once again and with only few buybacks available LGD called out the GG.

Game started disastrous for Suma1L who died two times in a row to early rotations from xiao8’s Earthshaker. The rotation kept going for the entire early game, LGD trying to pressure EG, especially Fear’s Clincz. Their obsession to find Clincz wasted a lot of resources, teleports and smokes and they ended up running out of smokes very fast while the "Old Man" was freely farming their jungle.

A well placed sentry finally landed a kill on Fear for LGD 22 minutes in and that escalated into a teamfight as EG reacted fast and went to save him but they failed to do so and lost four in the process. With that single teamfight LGD finished the BkB’s on their cores and started once again to play aggressively.

Few minutes later they found Winter Wyvern a bit too advanced in the mid lane and pounced for the kill but Universe was behind and counter-initiated LGD and that was the start of another key teamfight. A great Winter Curse stole by Rubik changed the end result dramatically as EG got wiped again and LGD got a free Roshan kill after that. 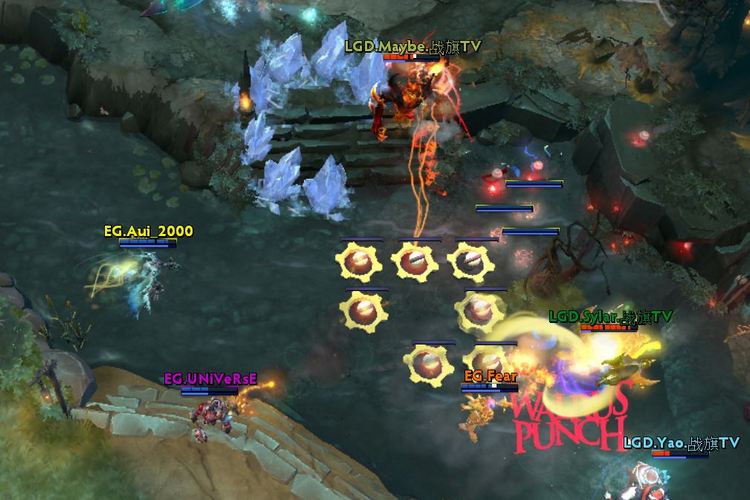 Even so the game was extremely close in experience and gold terms and every teamfight lost from that point on could mean the end of the game. At the 42 minute mark, after they got another Aegis for Maybe-Shadow Fiend, LGD tried to initiate EG near Roshan pit but Fear and his team had a better positioning and managed to instantly snipe the Earthshaker. Maybe overcomited in a desperate attempt to salvage the teamfight but ultimately the Chinese lost the engagement and the momentum.

And that was the turning point for EG who kept the pressure up and forced LGD’s high ground. LGD used their buybacks and pushed back the boys in blue but that was their last line of defense. Trying to get outside their base LGD got initiated in their jungle and Suma1L with Universe combined their spells beautifully to wipe LGD once again. Left with no buybacks xiao8 admitted his defeat calling out the GG. 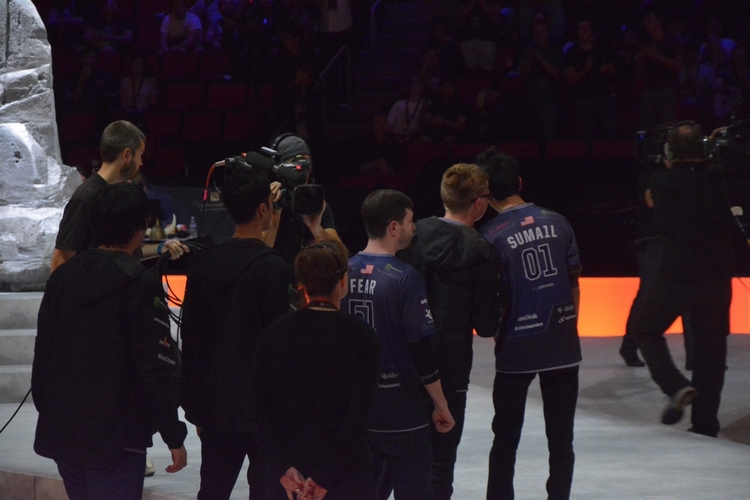 CDEC boys heading to the Arena for the #TI5 Grand Finals!! We're going to take this one for China, and @LGDgaming pic.twitter.com/tnMTX4IOzc