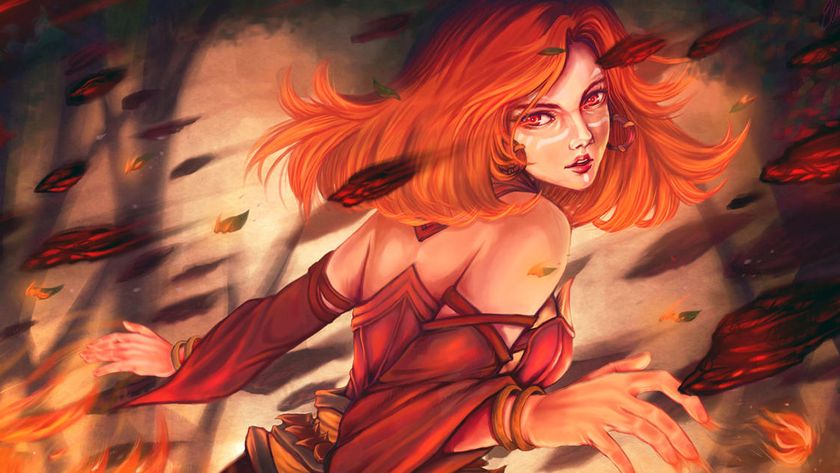 Just a week into the Winter Tour of the 2023 DPC season, a new carry has risen to keep the cold at bay.

In the great game of Dota 2, even when the meta is stale, players experiment and end up finding better strats and heroes. It might not stir the entire pot of viable meta heroes like a new patch will do, but the small balance patches do pave the way for a hero or two to rise to the top and make waves in the meta. That is exactly what has happened with Lina, who for the first time in recent memory in the professional scene is being played as a position 1 carry from the safe lane.

In the first week of the Dota Pro Circuit (DPC) Winter Tour, a total of 138 games were played across all six Dota 2 regions. In those games, Lina is the only hero that had a contest rate of over 90%. She was picked in 31 games and banned in 101 games, which results in a total contest rate of 95.65% (picked or banned in 132 of the 138 games). The next in line is Rubick, who is way back at a contest rate of 78.99%. And in the professional scene, she is being played as a safe lane carry in most if not all games. So what makes her a good carry, and what is the right way of playing her? Let’s take a look at how the best in the business are using the Slayer at her maximum damage dealing potential.

Lina’s right click potential had always been high, but it grew with the changes in Dota 2 patch 7.31. The Fiery Soul stacks were increased from 3 to 7, and even though the bonuses were adjusted accordingly, Lina did end up getting a bit more damage from the base ability and the level 20 talent.

But one of the big improvements was that stacks now no longer depend on the number abilities being cast, but on the number of enemies being hit by her abilities. In addition to that, stack duration was increased from 12 seconds to 15 seconds, and was later further increased to 18 seconds in patch 7.31c. It is a lot easier to keep the 7 stacks active in this new version of Lina without having to continuously use abilities.

The cherry on top of the cake was Lina’s agility gain and intelligence gain getting buffed in patch 7.31b, which gives her more damage and attack speed.

The new Lina is effectively a better Sniper. Literally, she is a better right click damage dealer than Sniper is. When a six slotted Lina with the items shown below attacks a dummy target for 10 seconds with her right clicks, she deals around 22000 damage. This is without any spells, but having the 7 stacks of Fiery Soul up. Just right clicks and whatever damage the procs of Gleipnir do.

When a six slotted Sniper is put through the same exercise, the damage in 10 seconds is only around 14000. This is without Shrapnel, but with Take Aim active for its 4 second duration. That’s around a third of the damage lower than what Lina can do. The items for the two heroes are based on what you would more realistically find for each.

So Lina is a better right clicker, and she has a stun and she has the stronger nuke. Of course, there are some departments where she cannot compete with Sniper. Lina’s range, with a Dragon Lance is 670 + 150 = 830. Sniper’s range with Take Aim and a Dragon Lance is 550 + 400 + 150 = 1100. And Sniper also has a great escape trick in his pocket with Concussive Grenade. But the main role of the heroes is to dish out damage, and Lina seems to be much better at that right now. Safe lane Sniper was quite popular at TI11, and owing to his popularity, Shrapnel’s mana cost was increased from 50 to 75. That was all Lina needed to pave her way ahead as the better ranged glass cannon.

The skill build is pretty standard for the safe lane Lina. The build shown below is for Syed “SumaiL” Hassan’s Lina in Nigma Galaxy’s game against Tundra Esports, but the same is seen on all Lina’s in the professional scene. You start with 1-1-1, then max out Fiery Soul, followed by Light Strike Array, and then just max out stats. Dragon Slave is kept at level 1 until there is nothing else to skill. Reason? This build is meant to deal right click damage, and Dragon Slave is used only to get the Fiery Soul stacks. The magic damage from Dragon Slave is barely anything compared to the fiery right clicks Lina throws out when she has 7 stacks. Light Strike Array is worth maxing out due to its increased stun duration and reduced cooldown at higher levels.

Typical item progression for safe lane Lina is starting with Boots of Speed and Falcon’s Blade. Her bread and butter damage item is Maelstrom. Depending on the game, she can either go for Silver Edge or Blink later. Nearly all carries prefer the Gleipnir, because Lina doesn’t really need the added attack speed Mjolnir provides, and Gleipnir is a sure fire way to land Light Strike Array, possibly even on multiple heroes. Black King Bar (BKB) is a necessity. Some carries, like OG’s Artem “Yuragi” Golubiev likes a Hurricane Pike. But Eye of Skadi, Monkey King Bar, Daedalus and Satanic are all potential item choices depending on the game.

Being a natural Silver Edge builder and having a long range also makes her a natural counter to one of the strongest heroes of the meta, Razor (Silver Edge is to break his passive that helps with the Aghanim’s Shard heal).

The talents for the right click Lina are quite straight forward.

Her win rate in professional games is over 54%, but according to Dotabuff, it has been quite low in pubs. In all three lanes, Lina’s pub win rate is below 50%, and her lane presence is mainly in the mid lane. Perhaps it is time to fix that and move her to the safe lane, where she is thriving.

Of course, it’s not all peachy. The hero is after all a glass cannon, and if jumped on, can go down quite easily. This was evident in the first game of the Tundra Esports vs OG series, where Yuragi’s Lina was flying on the net worth chart, but when she got caught out a couple of times, all that net worth could not come in handy. She needs a good front liner and a few safety measures around her for the build to flourish.

As a parting thought, here’s a weird stat – For the 2023 DPC Winter Tour, in the 31 games in which Lina has been picked, her win rate in the Radiant is 42.86%, while on the Dire, it is 64.71! Coincidence? Maybe. But maybe the Dire is more suited to being warned up by Lina’s fiery skills.

Do you like the safe lane right clicking Lina?

Yes, she is fun to play
Thank you for voting!
No, make her more magic focused like before
Thank you for voting!
Siddharth “Gopya” Gopujkar
A Mechanical Engineer who is as interested in the mechanics of DotA 2 as every machine he studies. Pursuing his Master's at the Michigan Technological University.
Share Tweet