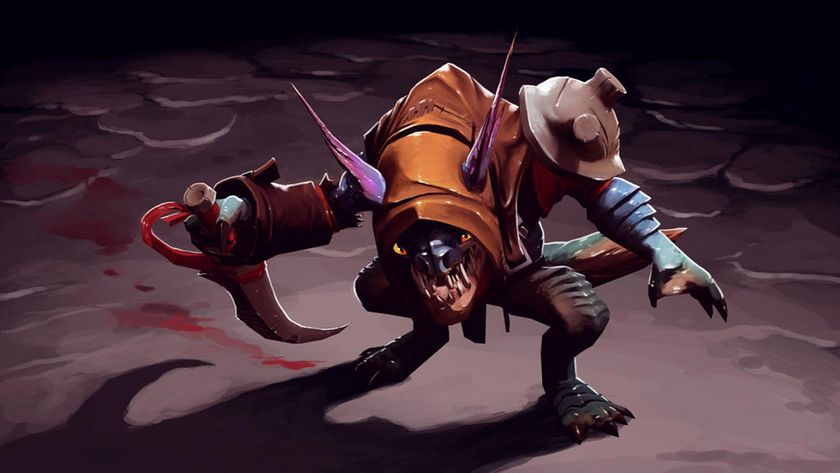 We take a look at the top 5 cores making waves in high level pubs during the first month of the meta that has evolved around Dota 2 patch 7.32d.

Dota 2 patch 7.32d was released around a month ago, on the 30th of November. It was the typical post TI patch, which doesn’t really stir up the meta too much, but freshens things up a bit. Although this time around, the freshing up did turn out to be extremely beneficial for one hero (no prizes for guessing who). Here, we take a look at which cores have been having a good time in top tier pubs since the release of Dota 2 patch 7.32d.

The heroes have been picked as the best performing ones from the Divine and Immortal brackets. This data is as per Dotabuff and has been analyzed for the past one month, so it well and truly reflects the games from patch 7.32d only. The choice of heroes has been made from a combination of high pick rate and high win rate heroes.

The one hero that benefitted a lot from the changes from patch 7.32d is of course, Razor. With his improved Aghanim’s Shard, Razor has unlocked the potential of Bloodstone, perhaps even better than Leshrac. GosuGamers took a detailed look at why the new Razor build is doing so well in pubs. According to Dotabuff, the new look Razor has the highest presence in the offlane, which is also where his best win rate is. It should be noted that in the first few days after the release of Dota 2 patch 7.32d, Razor’s win rate was over 57%. Since then, it has steadily fallen as players have learned how to play against the Lightening Revenant.

Slark is the highest picked carry in top level pubs right now. This is a very weird meta, where there is potential for the games to go late due to changes from Dota 2 patch 7.32, but there is also value in having a lineup that fights early. Because there is no longer a Glyph after each tier 1 tower, a snowballing team can take tier 2 towers early and establish map control, and that’s somewhere Slark shines – he comes online a lot quicker than other carries.

Slark is also a strong counter to meta heroes like Batrider and Pudge, which is always a good reason to pick a hero. After Dota 2 patch 7.32d, there’s another popular meta hero he is good against – Razor. According to Dotabuff, Slark has a favorable matchup against Razor, and it isn’t a big surprise. If Razor used Static Link on Slark, he can Pounce away (especially rather easily with if Slark has the Aghanim’s Scepter). He is not targetable in Shadow Dance, so the Forked Lightening procs and Eye of the Storm don’t affect him. And to top it all, the new Razor is built as a tank to stand in the midst of multiple heroes while dishing out damage, and if there is one hero that loves to go up against tanks and get those sweet Essence Shift stats, it is Nightcrawler.

A Reddit user (u/CatPlayer), who is a carry in the Divine bracket, posted a tier list for carries from patch 7.32d. Unsurprisingly, Slark is considered an S-tier carry right now.

In the carry tier list for patch 7.32d, one out of the four S-tier carries in there is completely unexpected – Lina! The Slayer is typically seen as a mid or a position 4 hero, but of late, has been played in the position 1 role. Her rise to prominence as a carry is slightly mysterious, as in the last few patches, the push has been to make her magic side stronger. It is possible that the buff her Aghanim’s Shard received in Dota 2 patch 7.31d, which increased Fiery Soul stack duration from 15 seconds to 18 seconds and damager per stack from 10 to 15, is the the reason behind this ascent. In the mid role, she is expected to make early moves on the map. In the safe lane role, Lina can stay off the map for a bit loner till she gets her Shard at 15 minutes, which is a massive power spike for her, and then begin to get involved in team fights.

Most popular offlaners before patch 7.32d were aura builders, but their popularity has taken a bit of a hit with Wraith Pact getting massively nerfed. But even when it was a good (broken?) item, Legion Commander stood strong as the only popular non aura building offlaner in a sea of Beastmaster and Broodmother type zoo aura building heroes. While they have been a bit on the backfoot since the release of patch 7.32d, LC hasn’t looked back. The small buff she received in 7.32d is just the cherry on top of the cake.

LC’s reworked Aghanim’s Shard, which she got in Dota 2 patch 7.31, was buffed in 7.32. She got added Duel range without having to use up a talent , and also got a new talent that would add to her Duel damage. In case LC is having a good start to the game, the +8 Duel damage can really help rack up the damage. She is now well and truly a core again, as compared to her stint as a position 5 hero because of her previous Shard, which gave her the ability to cast Press the attack on allies.

Legion Commander is also an excellent hero to counter two strong meta heroes – Huskar and Naga Siren. According to Dotabuff, she has a win rate of over 56% against both these heroes. 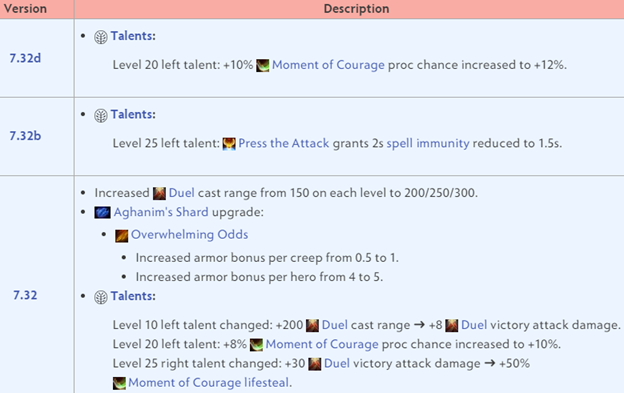 In Dota 2 patch 7.32, Tinker had the mana cost for Laser and Rearm reduced, and also got a buff for the Rearm channel time. To add to the buffs, the fact that heroes like Beastmaster, Broodmother and Chen are pretty decent in the meta helps, because they provide the controlled units which allow Tinker to teleport anywhere on the map with just level 2 of Keen Conveyance. Even with those heoes seeing a slight dip in pick rate with the advent of patch 7.32d, Tinker has not taken a hit.

The new talent, which grants 25% cooldown reduction might not be the best for Tinker himself because he has Rearm, but it does help allies quite a bit, especially when dealing with high cooldown abilities like Black Hole or Ravage.

One of the most popular carries of the meta is Drow Ranger, and a hero she doesn’t like playing too much against is Tinker.

Is there good diversity in the core picks of Dota 2 patch 7.32d?