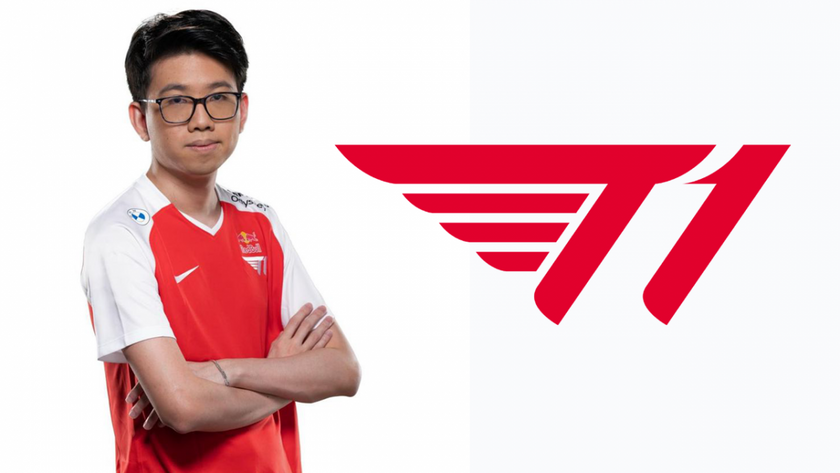 GosuGamers caught up with T1’s offlaner and captain Carlo "KuKu" Pallad to talk about the recent Stockholm Major and the SEA Dota 2 scene.

Carlo “KuKu” Pallad is a veteran of the SEA Dota 2 scene. Having played with many prominent teams in a host of different roles, KuKu has recently found a steady home with T1 in the offlane, and is also their captain. GosuGamers caught up with him to talk about their recent performance at the Stockholm Major, the SEA Dota 2 scene and the first TI to take place in Southeast Asia, amongst other things.

Hello Kuku! How’s it going? Are you back home taking a break or have preparations for the next season already begun?

I’m good! The break is over and we have started the bootcamp already to prepare for DPC Season 3.

Let’s get to Dota 2. T1 finished 9th-12th in the recent Stockholm Major. What were your expectations going into the Major?

We didn’t have a lot of expectations aside from playing well and learning. If we has accomplished that, I believe we would have placed higher.

T1 were able to make it to the upper bracket. But in the playoffs, you guys lost two series in a row to get eliminated from the tournament. What happened during the playoffs?

We weren’t able to address the meta of the Stockholm Major. Basically, we failed to adapt quickly.

SEA teams have shown time and again that they can play amazing Dota 2. BOOM Esports won the recent GAMERS GALAXY Dubai Invitational. But time and again, in the big tournaments, they falter. What do you think the reason is? Is it the pressure of playing in a big tournament?

I don't really know what the reason is, but I’m sure it’s not because of pressure. I believe SEA had a better understanding on how to play the meta during the GAMERS GALAXY Dubai Invitational, and it was also a honeymoon phase for BOOM Esports with their new players, which led them to victory.

You are a veteran of the Southeast Asian Dota 2 scene. In your experience, how has SEA changed over the years? Do you see an improvement in the scene on the whole?

Right now, I can say that teams have improved a lot. Every team has their own coaches, unlike before, where the players had to make every decision.

"Every team has their own coaches, unlike before, where the players had to make every decision"

You have played many different positions in your professional career. Which is your favorite position?

I really love playing offlane as compared to the other roles.

Let’s talk about the meta – how do you like the current meta that has evolved around patch 7.31? Does it feel very similar to the TI10 meta, or not so much?

Not really, because TI10 meta was based more on offlane initiator heroes like Magnus, Mars and Doom. Currently, it is a lot more random and depends on every team’s playstyle.

How does the position 3 role feel right now?

The position 3 role feels fine. Honestly, I don’t think there has been a major change in the role in a while.

What are your thoughts on the recently released Dota patch 7.31d?

I still need to explore to figure out what’s good or bad in this patch. But why is Crystal maiden like a creep right now?

"Why is Crystal maiden like a creep right now?"

What improvements would you make in the DPC Leagues or DPC Majors, if any? A lot of players believe the leagues are too stretched out. Do you think so as well?

Yes, in my own opinion, the DP Leagues are too long. If I’m not mistaken, teams have discussed this matter a lot of times with Valve already.

For the first time in the history of The International, it will be coming to SEA. Are you excited? Do you think the home crowd will help the region win its first TI?

Yes, I am excited, because we won't need to travel for TI bootcamp and we won’t need visas. Regarding the fans, SEA is more solid because they don’t just favor SEA teams. The Dota 2 community here loves every team that puts up good displays.

What does Kuku love doing when he isn’t playing Dota 2?

I like going to the gym and playing basketball.

Shoutout to my wife Windily, my daughter Lyralei, my teammates and our manager Doms.