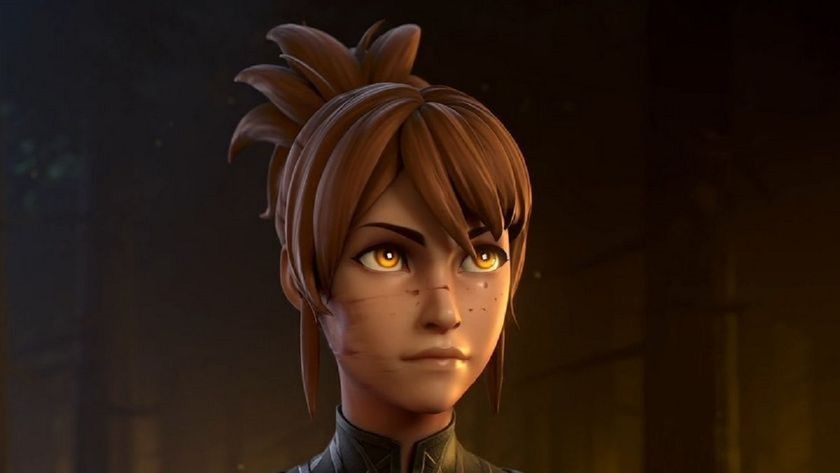 Dota 2 heroes; Has Valve strayed in character types and designs?

Marci was released into the gameplay and the community seems to be questioning the types of heroes added into the Dota 2 universe. Is it warranted or just whining?

Historically, Dota 2 heroes were ported over from DotA All Stars. At TI6 Vrogros the Underlord was revealed to be making his way into Dota 2.

The melee strength hero was originally named “Azgalor, the PitLord” in DotA. Fans had called for PitLord release for years, favoring his ultimate spell allowing up to the entire team to teleport together to various points on the map.

He was the last remaining DotA hero that had not yet been migrated to Dota 2 play (unless you count  Maverick, the Gambler which was removed from DotA All Stars in the 6.07 gameplay patch).

Since then, ten new heroes have joined the ranks - all of which are completely new to the lore and Dota 2 universe. In total, there are now 122 heroes.

Marci is Dota 2's latest hero, released just one week ago. She was introduced for the first time to the Dota 2 fans via the Netflix animated series, DOTA: Dragon’s Blood as Mirana’s mute sidekick. During the first season of the animated series, she quickly became a fan favorite and many rejoiced her addition to the game. 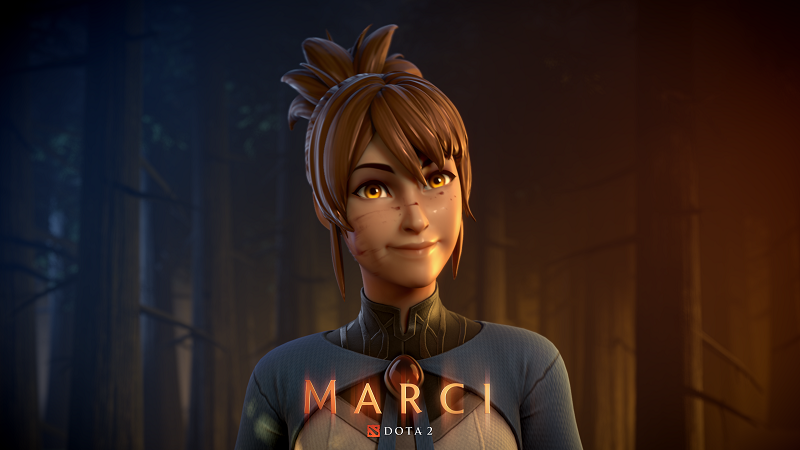 But others, not so much. Reddit threads and opinions on social media began to surface accusing Valve of trying to pander to those that have an affinity for Japanese (or otherwise) animated features. They declared she was too 'generic' or too 'cartoony'.

Before her,  Valora, the Dawnbreaker came into play in April 2021. She is a strength-carry who unleashes a ton of damage but also heals. She was preceded by Hoodwink in December 2020 - a tricky ranged agility hero and sharpshooter who runs wild through the trees of the Mistwoods.

These two have been lumped together into the category of falling out of nostalgia and Dota 2 traditional type of character designs. But how much truth is there to this, and.... does it even matter?

Some players and members of the community are voicing that the heroes no longer have that "dota feel" to them which leads to "breaking the immersion of the game."

Others argue that it is losing its distinct art style and is gravitating towards looking like "90% of newer cheap games." Those newer games being ones that are more anime-oriented.

There was a time when skins that were submitted for in-game purchase were required to be in line with the lore or general characteristics of the game and hero. 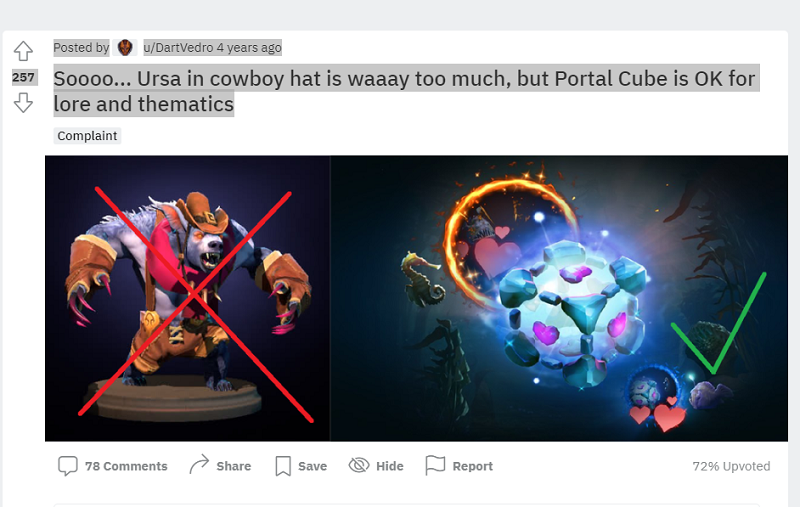 Hero redesigns have also been happening for years as Valve adjusted and altered the artistic style and representation. This moved some of the older heroes from being more nostalgic to more modern. In some cases such as Puck, they became more jovial while Shadow Fiend became more sinister.

Case in point from this Reddit thread a few years ago. 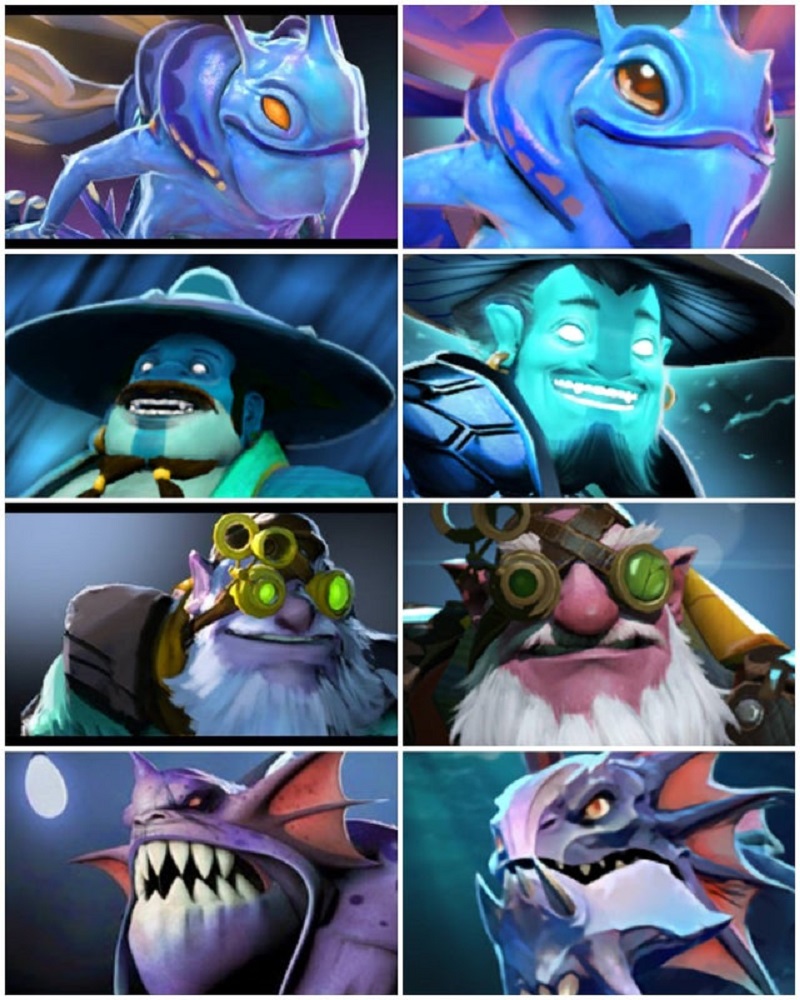 Despite what the average Redditor might say, Dota 2 does have a bit of diversity in terms of the character type of hero. There are humans, gore, dragons, fantasy, mythical, animal-like, creepy, ugly, goofy, and even abstract ones.

There isn't really a problem with variety in terms of this. One area that is quite noticeably unbalanced is gender. With 122 heroes, only 22 heroes are female, five are gender-neutral.

Valve did come through with the AntiMage female persona which allows for players to choose which gender they would prefer to play. 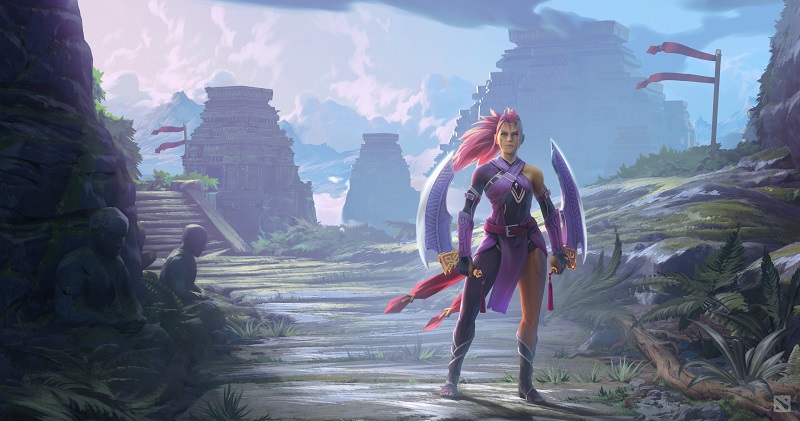 More than likely, Valve will keep porting the heroes from the Netflix Anime into the game. Among the next heroes, we could potentially see Slyrak the Ember Eldwyrm, Selemene: the goddess of the Moon, or Fymryn. Or one we haven't even been introduced to yet.

Valve had revealed that the second season of DOTA: Dragon’s Blood will be coming on Netflix in January 2022.

Do you like the latest hero designs and types released into gameplay?

Yes, I love them!
Thank you for voting!
No, it feels too LoL
Thank you for voting!
Cristy “Pandoradota2” Ramadani
Pandora is a behind the scenes Dota 2 professional Jack of All Trades. When not busy with Dota 2 work, she is out trying to save the world or baking cupcakes. Follow her on Twitter @pandoradota2
Share Tweet
190 people reacted to this post