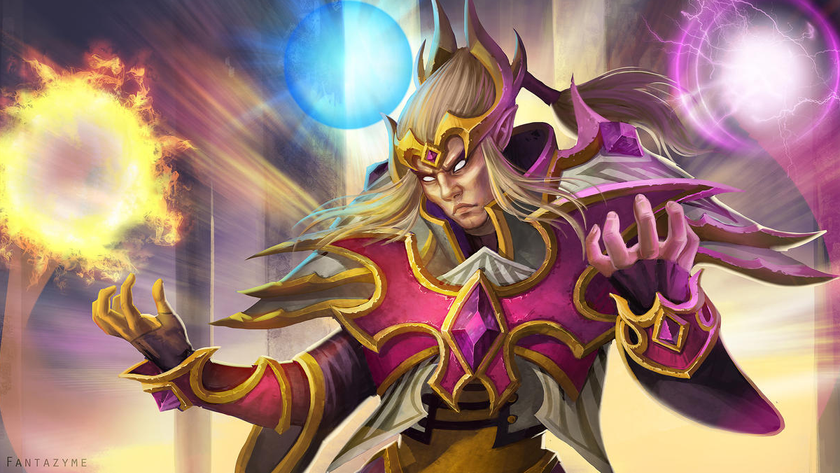 As The International approaches, we look at the top five heroes that have dominated the recent professional games and need to be nerfed.

Dota 2 patch 7.29 has been with us for a long time. Starting from the DPC Leagues Season 2, the patch was also used for the WePlay AniMajor (Kyiv Major), ESL One Summer and the TI10 qualifiers. A total of 1741 professional games were played on patch 7.29, and even though the meta didn’t change extensively, the most favoured heroes did undergo a change as teams figured out the depths of the meta.

Hoping that we will get a patch before TI10, let’s take a look at the five heroes that need to see a nerf before The International arrives to ensure they don’t run over the tournament.

This list has been compiled from the 569 games of the WePlay AniMajor, ESL One Summer and the TI10 qualifiers, as these tournaments were the last ones to take place on patch 7.29 and represent the most recent interpretation of the meta, after all the balance patches had been released.

Ancient Apparition has been the most contested support in the latter stages of the 7.29 patch games. Traditionally, AA has been a counter pick hero because of Ice Blast. Heroes like Alchemist, Huskar and Morphling just can’t have a game if they keep getting hit by Ice Blast over and over again. But in patch 7.29, the hero has become a good early pick because of what his Aghanim’s Shard brings.

The Shard upgrade causes Ice Vortex to deal 40 DPS and reduce 20 attack speed. The skill has a 4-second cooldown and with the recent buff, had the mana cost reduced from 85 to 70, meaning it can be spammed all over in the area where a fight is occurring. It can also be effectively used to cancel blink initiations from the shadows from heroes like Earthshaker or Sand King. This, of course, is on top of the fact that Ice Vortex reduces magic resistance and movement speed by 30% (36% with the level 20 talent). AA does not require too many items to be effective, which means even when playing as a position 5 hero, he can save up gold to buy the Aghanim’s Shard at 20 minutes. If the hero is to be brought down a notch, nerfing the damage on Ice Vortex and maybe even the cooldown would be a good place to start.

With 331 bans (242 of them in the first phase), Broodmother was the most banned hero in the 569 games of the three events in question, and it is for a good reason. Broodmother is a completely changed hero since her revamp in Dota 2 patch 7.29. Since Spawn Spiderlings has been changed to be the ultimate, the hero is no longer played as the ‘win the lane, snowball, or lose’ kind of hero, which used to be in the mid lane.

For the new Broodmother, Spiders are out of the equation in the laning stage, but she does have a lot of sustain in lane because of Spin Web and Insatiable Hunger. The hero can trade very well against carries, which has brought her back to the offlane after quite a few years. On hitting level 6, Brood gets a major power spike because of the sudden involvement of spiders. Andrew “Jenkins” Jenkins described the new Brood as an aura carrier, like most offlaners, with the Spiderlings being the carry. Brood can build items like Greaves and Pipe to keep them alive and healthy, and with the additional damage from Silken Bola, the Spiderlings end up doing crazy amounts of damage to heroes. Even a Solar Crest targeted on an enemy will be taken advantage of by each Spiderling.

Even though all the balance patches after patch 7.29 nerfed her in small ways, she still continues to be one of the most lethal heroes in this patch. A bigger hit to her laning stage might be required to make her more of a clutch pick, or cheese pick, as she was previously instead of the first pick hero she has become.

Invoker’s biggest buff for patch 7.29 has been the fact that he gets stats from Quas (strength), Wex (agility) and Exort (intelligence), instead of getting it from using the +2 stats increase  option at every level like the other heroes. Most heroes get the +2 stats after all skills have been maxed out, meaning the first point in stats comes at level 17. So even though the stat gain is approximately the same (Invoker gets two more of every attribute), the benefits start rolling in from the first level! This makes the hero stronger in the early stages of the game, especially in the laning stage. A two point increase in strength with Quas guarantees an additional 40 HP per level, which is huge in the laning stage. May it be Quas-Wex Invoker or Exort Invoker, the hero is bound to get at least a couple of levels in Quas early game, which makes him harder to kill in the laning stage.

Of the 25 most contested heroes in these 569 games, Invoker has the second highest win rate, with only Terrorblade having a higher win rate than him. The hero, who started getting popular after Nigma’s Amer “Miracle” Barkawi used him to great effect in the WePlay AniMajor, was used extensively in the TI10 qualifiers (or rather, was banned extensively after the strength of the hero was made evident). Invoker’s dilemma until recently was that if the player went for an Exort build, it would take time for the hero to come online and if the Quas-Wex build was chosen, the hero would fall off due to a lack of farm. Miracle fixed this issue by going for a Hand of Midas on Quas-Wex Invoker after completing the Spirit Vessel, which would enable him to scale. IceFrog is going to have to think of a way to scale down the early advantage the hero gets due to the stats. Perhaps just +1 stats for the first three levels of Quas, Wex and Exort and +3 for the last three levels? That could possibly even it out a bit.

Templar Assassin has been one of the most lethal heroes of the patch, and is probably a big reason OG qualified for TI10, with Sumail “SumaiL” Hassan’s TA wreaking havoc on Tundra Esports in the final two games of their Western EU qualifier grand finals.

Templar Assassin is a snowball hero, who needs to get good timings on her Blink Dagger and Desolator, or she can feel extremely underwhelming. However, teams like NoPing Esports and OG have shown that the new Lanaya does not have to be played from the mid lane, and can be quite effective as a safe lane carry as well. With patch 7.29, she got a number of buffs for Meld, having its mana cost and cooldown decreased and damage increased. A recently discovered weapon in TA’s arsenal is her Aghanim’s Scepter, which allows her to forgo Blink Dagger. It gives TA the ability to play like Spectre – keep pushing out a lane or farm neutral creeps and show up when a fight breaks out. All the team needs to do is take a fight near the places where Psionic Traps have been set up. It is perfect for Roshan fights, as it also gives vision inside the Rosh pit. The Scepter ability can be used similar to Ember Spirit’s Remnant as well – put down a trap in lane or in the jungle, go home to heal up or pick up an item, come back.

TA didn’t really look so hot at the start of the meta, even though she was buffed in patch 7.29, so IceFrog decided to pile on to the buffs in patch 7.29b! With the hero now one of the most contested and feared in the meta, she is bound to be nerfed in the next patch.

The last hero in the list is the one with the highest win rate amongst the 25 most contested heroes, and it is none other than the Demon Marauder who the demons themselves fear! That is actually a part of the lore, and now not just the demons, but professional teams fear him as well.

Patch 7.29 was a mix of buffs and nerfs for TB, and like TA, when he didn’t make the list of good heroes, a few buffs were granted to him in patch 7.29b and patch 7.29c. But more than just that, TB has been the benefactor of small buffs accumulating over the past few patches, as well as an improved Aghanim’s Scepter upgrade and a strong Aghanim’s Shard upgrade, which have combined to make him a first phase pick. Typically, teams with first pick, who also have the last pick in the first phase, will pick TB as their second hero and then end up banning Phantom Lancer, Dark Seer and Naga Siren, who counter him.

Amongst heroes with more than 20 picks, Terrorblade has the highest average GPM, at a staggering 750 GPM. Maybe that is the area where he needs to be dealt a slight blow to make him a little less overpowered.

Should these heroes be nerfed?