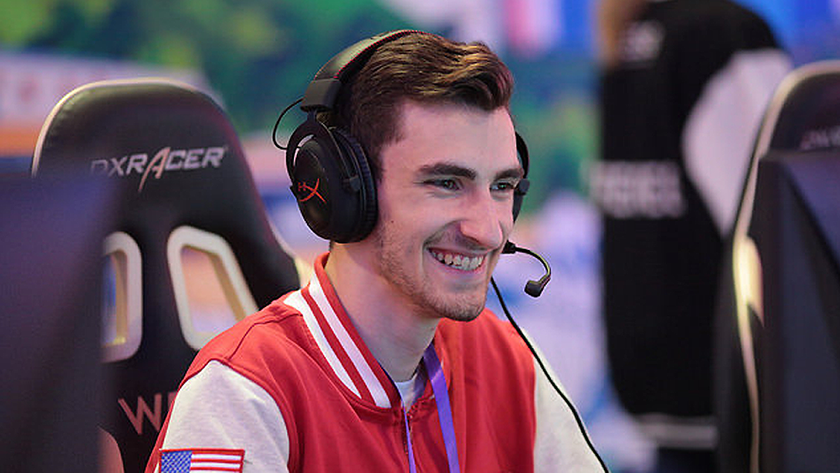 GosuGamers caught up with 4Zoomer’s carry “Sammyboy” to talk about the upcoming TI10 qualifiers and the team’s growth over the year.

Hello Sammyboy! Thank you for taking the time to do the interview. You’ve been going through some difficult times recently for personal reasons. How are you doing now?

Let’s get to 4Zoomers – are you guys bootcamping for the TI10 qualifiers or is everyone at their own place?

No, we aren’t bootcamping. Everyone is at their own place. All of us live either with family or roommates and if we could have secured a sponsor for a bootcamp, it would have been amazing. We were a bit disappointed that it didn’t end up happening.

4Zoomers are definitely one of the favorites for the TI10 NA regional qualifier spots along with Undying. How do you think you guys compare against them? It’s been a good contest between the two teams this year in the DPC Leagues as well as the BTS Pro Series tournaments..

I believe we matchup decently against them. They played under the Cr4zy tag last year during the pandemic and it was basically Quincy Crew, 4Zoomers and Cr4zy playing for the top spot in most tournaments. I feel it is our fate to play against Undying in the grand finals of the NA TI10 qualifiers. We had the upper hand on them  for most of last year, but some player swaps and a lot of hard work made Undying a lot better team in both the DPC seasons this year.

The battle between you guys has been amazing to watch! How do you think your progression has been as a team throughout the year? Is there a lot the team has learned through the two seasons of the NA DPC League?

It’s hard, because I think we found out more than anything that Dota 2 has a major mental component to it, and being top tier means we need to really work on helping each other. Tensions were high as DPC got closer, people were more emotional, drained, and I think we as a team did a bad job of maintaining the type of winning environment we were able to maintain in most of 2020. That said, we are working hard to learn from these experiences and play the best Dota we can. I'm confident we are going to put it all together and qualify for TI10!

No doubt about that. The mental component is typically the one viewers don’t get to experience. Who typically does the shot calling in 4Zoomers? How about drafting?

Most of the drafting is done by Mike “ixmike88” Ghannam, Jacob “Husky” Fifik and Braxton “Brax” Paulson, but we try to make sure everybody is able to play the heroes they want. It’s more of a democracy that way [laughs]. Shot calling comes down to what point in the game it is. Husky and Jacob “ocean” Gosen take the reins in the early game, Brax and Nico “Gunnar” Lopez for the midgame, and generally it’s me for the late game. Obviously, it all depends on heroes but a big part of my philosophy, at least,  is that everybody needs to be involved in the decision making and contribute to winning.

This year saw a whole new format for the Dota Pro Circuit with the regional Leagues. Did you like it? Do you think it helps bring new talent into the spotlight?

Yeah, I do. I’m a big fan of the DPC Leagues in some regards. The new system has provided some stability to the lower tier teams and it has given fans a chance to actually latch on and support teams.

In terms of players, Arkosh Gaming’s offlaner, Gremlo, might be the best new talent to embrace the scene in many years!

I have a few complaints about the system as well, but on the whole, it has had a positive influence on the scene.

Complaints or issues, however small, are always good to address to make things better for the next season. What would you change about the League or Major format for the next year?

The first thing would be the number of slots and the prize pool allocation. Slot allocation for DPC Majors should be three slots North America, South America, Southeast Asia and Eastern Europe and four for Europe and China. The fourth slot for EU and CN can rotate to other regions based on which regions performed the best in the previous Major. This would require a 20 team format for the DPC Majors, but I don’t think it’s too much to ask for to get more parity.

The DPC Majors should have bigger prize pools. Make TI a $20 million tournament and use the rest of the money from the Battle Pass for $7-8 million DPC Majors thrice a year.

Hopefully Valve will take into consideration the feedback from the players and the spectators and make things better next year. Coming to the meta – how do you like the current patch, patch 7.29? Anything you would like to see changed?

Honestly, I’m hoping for a map change, but we might not get that until after The International. A decent number of heroes need reworks too. A lot of the new items added to Dota 2 have mitigated the strengths of many heroes, or exploited their weaknesses, and it seems they don’t have ways to be effective in a lot of games at a competitive level – Tinker, Meepo, Clinkz, Lycan to name a few. That needs to be addressed.

How does the carry role seem right now? In terms of picks, it has been looking pretty diverse..

Carry is in the best place out of all the roles right now! There are a lot of different styles and heroes you can play, and the mid hero pool has been pretty diverse with more physical damage heroes like Templar Assassin, so you get to pick more mixed carries, which is something I really like.

Are you looking forward to Dawnbreaker being introduced into Captains Mode? What role best suits the hero, in your opinion?

Almost certainly offlane. The hero is certainly a bruiser. I’m a little iffy if Dawnbreaker will actually be good in professional games. But most of the time, the new heroes are so I’m excited to see her being played in Captains Mode.

Absolutely! Evil Geniuses and Quincy Crew are in the top 8 teams in the world, and I think if either us (4Zoomers) or Undying would have qualified for any of the DPC Majors, we would have shown people how competitive we are with the 8-18 best teams in the world. Quincy Crew’s improvement in particular has been amazing to watch.

Quincy Crew’s improvement has been amazing to watch

Does it help that the top SA teams also play on the NA server?

It’s a double edged sword. Communication between NA and SA is quite toxic on the whole, and it’s hard to communicate on how to win games, so players end up feeding and ruining games a lot. But having more skilled players coming together from NA and SA has definitely improved us as a whole lot. Our regions are tied together in many ways, like heroes and playstyle.

How did you get introduced to Dota 2, and when did you think you could make it as a professional?

I started early 2013. I had an ankle injury so I couldn’t play sports, which was when I decided this was what I wanted to do. I remember people on nadota and Reddit telling me how delusional I was, but I truly believe you can achieve nearly anything with hard work. I was just willing to put more of my day into Dota 2 and tried to find a mindset that would make me start each day with a goal to improve. It’s all about practice and routine like any other sport in the world. I was lucky to grow up around Olympic athletes and see the routine that goes into being the best.

I truly believe you can achieve nearly anything with hard work

Beautifully said! When you aren’t playing Dota 2, what do you usually like to do?

I love the NBA, listening to music, watching movies and hiking. Pretty blessed to live in Colorado! I grew up outdoorsy, but now I just play video games. I am really looking forward to live music starting again. Go get vaccinated guys!

Thank you for your time! Any shoutouts?

Shoutout to our coach ixmike88 and our manager Mikey, for always doing a great job for basically zero pay. Thank you for believing in us.

Will 4Zoomers qualify for TI10 through the TI10 NA qualifiers?

The Dota 2 event, Nemestice, is here and it brings with it a Battle Pass and the Spectre Arcana