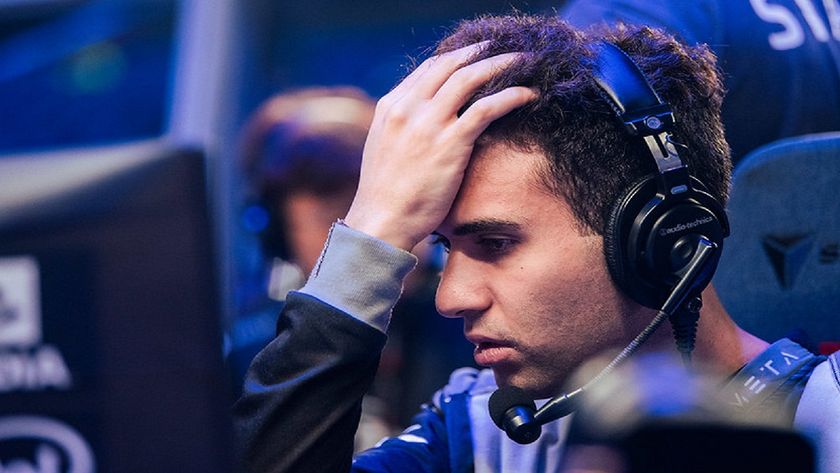 The DPC 20201 Season 1 is now upon us with qualifiers underway and the official leagues starting in two weeks, but is it all everyone hoped it would be?

It was the most highly anticipated season to start as of yet. After a year of interrupted gameplay, delayed new season, no LANs, and a postponed TI, Dota 2 fans and players were chomping at the bit to get a real competitive season underway.

But now that it's here it seems disappointing to say the least.

There are several factors that come into play with how this latest evolution of the DPC Circuit is falling short of expectations and what most feel is deserving of more.

For starters, there are a LOT less competitive matches to be played. That's bad news for everyone involved, affecting Tournament Organizers, fans, talent, sponsors (or lack of sponsors getting involved), and players. Coach/professional analysis Muriëlle"Kips" Huisman pulls it together perfectly

Rough overview: each region plays 5 bo3s per week per tier—which with 8 teams per tier means teams will play ~1bo3 a week. This is about a fifth of the matches a pro team could previously expect to play in a week. During this time the DPC coverage will be almost round-the-clock, making it difficult for TOs to be running other tournaments.

Quick numbers: If there are no third-party tournaments (especially likely for NA and SA) team like Quincy Crew will indeed play 14 officials (outside the Majors) in 6 months. A Bo3 is ~2,5 maps, making for 14*2,5=35 maps. How does that compare with a normal season? Well, since Valve hung us out to dry on the 31st of August Quincy Crew have played nearly 100 maps, which would make for 200 maps in six months. In other words, the DPC sets them to a baseline of 18% of their previous match load if they don’t make the Major.

Bound up in their results for these 16 matches is the ticket to The International, which depending on Valve’s whims will feature either 40million dollars of prize money or double that if they run another battle pass (my guess is they will). You don’t have to be a statistician to see that with such few matches played it is very possible to overperform your way into that payday… or bad luck your way out of it.

Skill building is time-consuming and expensive. Players can spend months to years in the pipeline honing skills and techniques needed to move from an amateur to a professional. Not only do the players (and all of the coaches and ancillary staff) need to be supported in training but also through the living and daily expenses.

Typically in esports, the funding for organizations and teams comes primarily from the sponsors as marketing and advertising funds. The prize pools are primarily funneled to the players with usually only 10-12% going to the organization. That percentage won't pay the bills and salaries unless it is from a premier LAN event and the team is taking home top placements.

During the last two years, several CEOs and team managers of organizations in EU and NA have confided to GosuGamers that they have dropped their Dota 2 divisions as it became increasingly difficult to turn a profit on them. Sponsorships became harder and harder to come by while salaries and costs continued to rise.

And teams NEED the organizations and sponsors because the prize money for a DPC Season is between $20-30k.

While this is a step in the right direction and a nice compensation for the lowest teams after years of voicing complaints about it, if you live in EU or NA, Kips estimated for us that "six months of DPC will get a player to €1600 per month. If you miss a Major by a single bo3 (out of the 7 you play), you should have been working at McDonalds instead".

Even the new Kings of NA Quincy Crew are grasping for straws on how to make this season work and see the positives.

The tier 2 scene has been quickly declining, each year worse than the previous one with those complaints outlined in an earlier exclusive feature for the site. The most prominent complaint? The lack of financial sustainability for the tier 2 teams and players, which then bleeds into the overall health and development of the scene.

Something also pointed out yet again recently, this time by NA player David "Tan" Moonmeander.

Tier 2 players/teams are unable to gain the financial support needed to continue making a living off of Dota 2, and as Will Partin has pointed out in a very eye-opening piece over one year ago, The International Is Bad For Dota 2.

How can such poverty exist in a scene with a $20 million tournament? Because unregulated markets in esports tend to do what unregulated markets do everywhere: push wealth to a smaller and smaller number of people, not necessarily as a result of merit, but due to structural advantage. Stories like SmasH’s and Rave’s poke holes in the idea that Dota 2 is a perfect meritocracy, and even call into question the scene’s competitive integrity. As Huisman rightly wonders: “How much does it really mean to be a good team if all your opponents need a day job to survive?”

OG began a new project just last month aptly named OG Seeds. The project aims to "become an efficient contribution" to the Dota 2 ecosystem by creating a team of players that they strongly believe in but haven't reached their ultimate achievements yet.

“This OG Seed journey comes with great expectations for us at OG. Being able to go back in time, alongside up and coming players, is simply amazing. I know this is going to be a win-win situation for everyone involved. We will share experience, maturity and knowledge, while they will feed us with their immense motivation, their drive and passion. We intend to give them the best we can offer and help them achieve their dreams just like we achieved ours.  Hopefully you’ll enjoy the ride as much as we will. Cheers OGs, love ya” – Ceb

Last year OG was one of the top-grossing teams in the world of esports. At The International 2019 they walked away with around $15.6 million alone and rounded out the year with a whopping $33,436,766 total.

They clearly have the deep(er) pockets to be able to financially contribute and invest their own money into creating opportunities for others, not to mention the clout and prestige that sponsors will all (and already) clamor to.

But even OG dropped Seeds seven months ago because it just wasn't viable to keep it going.

While a regional league system is one thing that typically attempts to fix a bit of the fractured pipeline plaguing the Tier 2 scene this year's abrupt announcement with literally days to pull teams together and unannounced and opaque invites being distributed, it feels more like ripping a bandaid off what was supposed to keep a bleeding limb attached.

Announced on New Year's Eve, the DPC 2021 Season 1 began open qualifiers on January 4th. Open qualifiers are a way to get into the lower division. In order to be in the upper division, four teams per region received a direct invite, or the tournament organizers per region issued eight invites to the decider or close qualifiers. That means a team needed to be formed, announced, and have overcome any challenges or obstacles that the pandemic threw at them the previous months.

Teams had no idea that playing in the random online events would have such an impact on the upcoming season. For some, decisions were made because of the proximity of players to compete together, access to resources, potential family or individual illness... you get the idea.

To make matters worse, there is barely a way to move from the lower division to the upper-division which is the only way to gain DPC points or have a chance to attend the Major. And there are definitely little to no hopes of cinderella storylines for The International or making it big with no more open qualifiers being held for the pinnacle of all Dota 2 events. No more OG storylines, no more CDEC or Wings Gaming. No more picking yourself up when you are down and reaching for the stars.

The DPC 2021 Season 1 is here and unless Valve makes some last-minute changes or delays it yet again, then this is what we have to work with for now.

Of course, there are positive points such as at least there is a season and there are 16 teams per region that are earning SOMETHING from Valve at least. No doubt there will also be a handful of bigger Tournament Organizers that will rise to the occasion such as EPIC Esports and WePlay! folks.

But is it so wrong to have had higher hopes?

Are you disappointed with how Valve has been handling this?

Yes, it feels like they are just winging it again
Thank you for voting!
No, it is a good step with good intentions -- you are just salty
Thank you for voting!
Cristy “Pandoradota2” Ramadani
Pandora is a behind the scenes Dota 2 professional Jack of All Trades. When not busy with Dota 2 work, she is out trying to save the world or baking cupcakes. Follow her on Twitter @pandoradota2
Share Tweet
335 people reacted to this post