We looked into how one tournament organizer kept their heads above water over the last year and continue to stand out among their peers.

When the pandemic hit, it brought the entire world to a halt. Industries, businesses, and people stopped focusing on thriving and turned to just trying to survive.

However, a few took the bull by the horns and decided to create new opportunities from challenges and seek ways to set a new path for normalcy.

Epic Esports Events were one such entity. In a foggy world of uncertainty and devoid of high-level competitive Dota2, the Russian based tournament organizer got to work to change that.

We had a chance to talk with Mark Averbukh, Epic Esports Events Product Director. Averbukh has more than 15 years in esports. Before being a part of ESforce he worked with NAVI and M5. He has also organized tournaments such as ASUS CUP, WCG Russia, ESWC Russia, D2CL, GOCL, and of course tournaments of the EPICENTER series.

Despite the difficulties and challenges posed over the last year with pandemic and travel restrictions, EPIC Events was able to still provide multiple top tier events for both players and fans. How does that feel to have such an accomplishment in these times?

In these challenging times, it is very important to realize that the game has such a dedicated community

Thanks for the acknowledgment. It was a big challenge and we dealt with it greatly. It is important to emphasize that this is a joint success of Epic Esports Events, the teams, the broadcast studios, the media, and, of course, the viewers. Though everyone got tired of online events, the EPIC League still drew a great deal of interest and became the biggest event of the year. In these challenging times, it is very important to realize that the game has such a dedicated community, with Epic Esports Events being a part of it. I am sure that together we will overcome these tough times and will only grow stronger!

What were some of the unique challenges in creating online events during the pandemic?

I am sure, everyone realized that our ability to find a compromise would help us to go through 2020 with the least losses.

When all tournament operators received the RFP from the teams for the summer tournament, we didn’t get one. Nevertheless, we managed to restart our communication with the teams and set up the partnership, resulting in two amazing products. In general, I believe we came out as winners.

In times like these, it is so important to understand that not only did the tournament operators face problems, but also other parts of our community, including teams. Over the past few months, we've met amazing people like Luna from OG, John from Team Liquid, and also restarted our cooperation with the old friends – Matthew from Secret, Loda from Alliance, and Morad from Nigma. In the beginning, things didn’t run so smoothly, but then, I am sure, everyone realized that our ability to find a compromise would help us to go through 2020 with the least losses.

Preparing for the EPIC League we faced a choice, either to create a full-fledged local English broadcast studio or to take the safe route with a virtual studio. We evaluated options of bringing talent to Kyiv, Riga, and Moscow, but then we were not absolutely sure we could do this due to the fact that the pandemic situation got worse by the day. In the end, we created a virtual studio. Though together with our wonderful partner BTS we made the most of it, though there is obviously room to grow and improve.

Unfortunately, English-speaking viewers were unable to make the most of the EPIC League. Of course, the level of live broadcast production is one of the cornerstones of our tournament, and I regret that this time a huge part of our audience lost some experience in comparison with our Russian-speaking viewers. Here I can only promise that we will definitely catch up because every viewer is important to us. 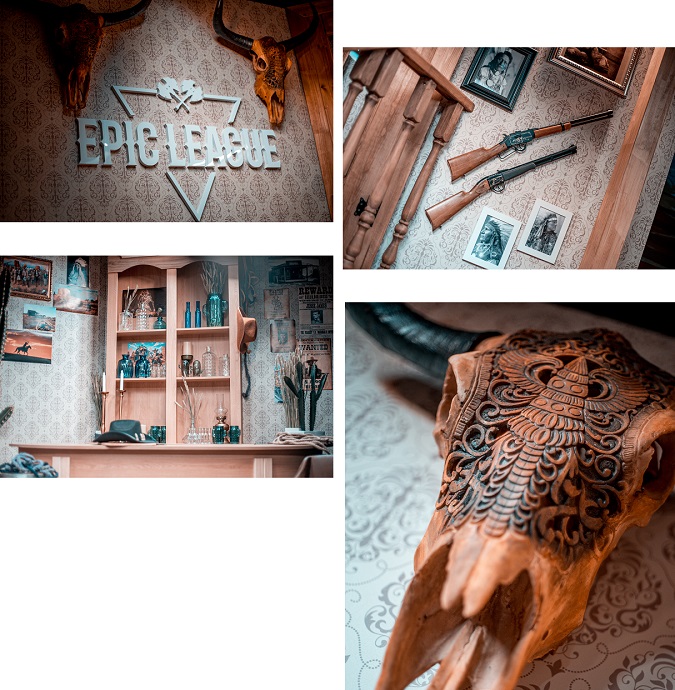 Most of the top tier teams are used to LAN events where they are catered to and pampered, have high standards for playing environments and conditions. Now they are playing from home and scattered around the region/world. Did you have any problems enticing these top teams to participate or motivate in playing such a high caliber event from home?

(...)our players proved to be real fighters with an amazing will to win and focus on the result.

Yes, unfortunately, by the end of the year, after 9 months of lockdown motivation may deplete. Despite the decline and the community's talk about the players not giving their best, I can say that our players proved to be real fighters with an amazing will to win and focus on the result.

I'm sure it has nothing to do with the size of the prize pools – this attitude either exists or it doesn’t. And I am very glad that most participants of our tournaments have it because this attitude alone lets us, the audience, have really amazing matches to see. Troll and Magnus demolishing the throne on a seemingly lost map... Or rapiers in the Secret vs Alliance match... all of this was possible only with the inner flame of the players and teams.

You hosted three different events, each with various regions and multiple divisions and all with high-end prize pools. Many industries and businesses were having financial troubles with the economy taking a big hit this last year. Did you have any difficulties finding sponsors, partners, marketing strategies so that you could still offer attractive prizes and top-level production?

(...)where some people see a problem, the others see opportunities(...)

Yes, it is not easy, especially now, that many companies are forced to cut their marketing budgets. But where some people see a problem, the others see opportunities, and our sales department is doing an excellent job with current challenges. There are moments that have nothing to do with the epidemic but can affect the revenue, such as the lack of competition within certain categories of partners. As a result, the amounts in this line may get several times lower.

Despite this, if you carefully study the economics of tournaments, you can come to the conclusion that online competitions are more profitable (for TO) than LANs. Most advertisers focus primarily on online integration, and local placements, such as booths, do not affect the cost of sponsorship packages as much as it might seem.

You were able to cover all of the various regions at some point through the last year. That is the first time EPIC Events held online competitions in some of those regions. What did was that experience like and what were some unexpected challenges. Which region was the hardest to navigate through and why?

The most difficult region is Europe and the CIS

Not certainly in that way. For the previous Majors we held qualifications in all regions, so we were a little familiar with the specifics of each of them. China is the most problem-free region. These guys are amazing and incredibly disciplined, communication with their participants always goes smoothly.

The most difficult region is Europe and the CIS, where teams may suddenly need to postpone the match, have complaints about the quality of live broadcasts and the talents’ statements, and other issues may grow. At the same time, each case requires close attention and search for solutions, so Europe with the CIS is a difficult region for organizers. But that's cool at the same time because every problem we solve makes us better specialists. Not that I hope to achieve perfection, but moving in the right direction is already good, isn’t it?

What was the most rewarding aspect of the last year for EPIC Events?

(...) I have big plans here for the next event. It will take 4-6 months of preparation.

Epic Esports Events has been making amazing shows since 2016. Our stages and opening ceremonies are unique. Now it’s time to make something more complicated and amusing out of the visual packaging of our tournament – this is where we have full impact. We had a nice tryout during the Russian-language broadcast of the EPIC League and I have big plans here for the next event. It will take 4-6 months of preparation. This awareness is my most important personal breakthrough this year. As for the entire company, this is undoubtedly the EPIC League viewers’ record and, as I said before, the reboot of relationships with the teams.

What does the future hold? Are you anticipating LANs (even local) soon? The new DPC is around the corner, will you be part of it?

Of course, LANs like TI or World is important, but many other events can be safely conducted online. Esports lets us go beyond the boundaries of the usual sport, but we continue clinging to them.

Even though I, as pretty much everyone in the community, am looking forward to returning to normal life, I cannot say that moving back to LANs completely is a must. In 2020, esports proved to be the true sport of the future. While football, hockey, and other popular sports left for forced holidays, esports stayed with us. I am sure that in a few years, the technical progress will enable teams from different regions to fight each other without leaving the boot camps. And AR will distort the distinction for viewers between teams being in the same location or not.

Of course, LANs like TI or World is important, but many other events can be safely conducted online. Esports lets us go beyond the boundaries of the usual sport, but we continue clinging to them. Today we have to because it is impossible to host the World Championship on the Internet, but in the future, I am sure, we’ll make the step. Esports is amazing and it deserves to go beyond what we got used to.

I am sure that one way or another we all will become a part of the new DPC. We love this game, I myself have played for 11 thousand hours since 2011 :)

Thanks for the questions! Merry Christmas and Happy New Year everyone!

Be sure to look out for EPIC Esports' next event in the upcoming year. Hopefully, we'll see them real soon.

Meanwhile, don't forget that the DPC begins on January 18th with six regional leagues, two divisions each, and hundreds of thousands of dollars in prize pools on the line.

EPIC League Season 2
3 Nov 2020 $548,500
This website uses cookies to ensure that you get the best experience Read more