Valve speaks out about TNC and Chongqing Major 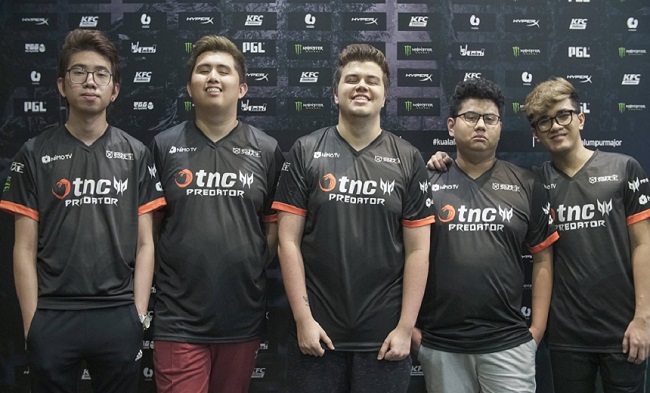 Valve has broken their silence and made a line in the sand for TNC regarding The Chongqing Major.

Only yesterday TNC had reported that Valve would not give them the 40% DPC point reduction for using a standin at Chongqing Major following the controversy and situation surrounding Kuku "Kuku" Palad. However, since then, the software development company has made a public statement regarding the situation and has decided at the end to take a hard (and different) stance than originally reported.

“
We’ve been following the recent situation regarding TNC and the Chongqing Major and how it has unfolded. First, for clarification, Kuku is not banned by the Chinese government. While there is a lot of anxiety around his attendance and problems it may create, we do not believe his presence creates a real security threat.

Our view on the situation is that responsibility resides with teams to handle these types of issues professionally. When they fail to do so, we will step in. While it is one thing to make a mistake and apologize, it is quite another thing for the team to lie about it or try to create cover for an individual player. TNC has mishandled the situation on multiple occasions, making the situation much worse than it needed to be.

TNC contacted Valve last Tuesday, asking if they would get a DPC point penalty for replacing Kuku; we told them that they wouldn’t. We assumed that they were then working on a plan to replace Kuku with another player. However it seems like TNC is currently not taking proper responsibility for their actions, coupled with the attempted cover up by the team, so we are now stepping in directly and banning Kuku from attending this event. To be clear, TNC is not the victim in this case. It is not okay to cover up the situation, avoid any real sense of responsibility and then deflect it onto the community. We expect them to disagree with this.

Players and teams will make mistakes in the future, and they should accept responsibility for them. We want there to be opportunities to learn from their errors, but taking responsibility doesn’t mean making mistakes don’t come with a cost. Covering up the situation is not an acceptable approach to the problem, and demonstrates poor decision making from TNC that requires accountability. In addition to being required to replace Kuku, we will also be docking 20% of TNC’s current DPC points. The player restriction does not affect future tournaments. ”

Ultimately Valve has decided that due to the 'mishandling' of the circumstance on the part of TNC, KuKu will NOT be able to participate and the team will receive a deduction of 20% of current DPC points.

Last month during the DreamLeague Season 10 Minor Andrei 'Skem' Gabriel Ong made a racial slur in the chat before an official match verses RNG. Around the same time, Kuku "Kuku" Palad had also made a similar remark in pubs, further fueling the fire. The Chinese community lashed back and things escalated further with social media outpour of frustrations, opinions, and backlash from both sides.

Are you surprised by the new development?