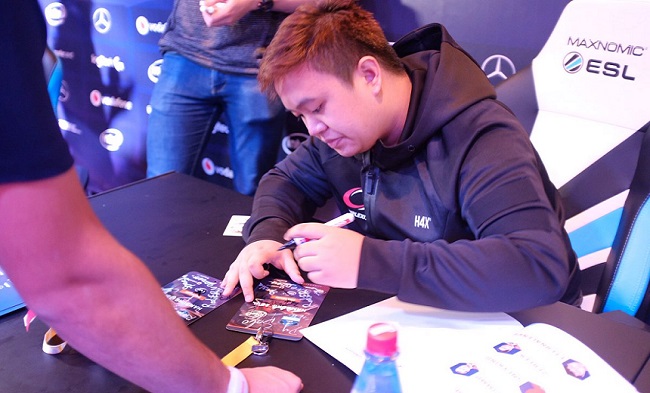 The government in Chongqing China has allegedly banned two players from participating in the Chongqing Major and entering the region after racial remarks earlier in the month.

Earlier in the month during the DreamLeague Season 10 Minor Andrei 'Skem' Gabriel Ong made a racial slur in the chat before an official match verses RNG. Around the same time, Kuku "Kuku" Palad had also made a similar remark in pubs, further fueling the fire. The Chinese community was upset by the lack of response or punishment from Valve regarding the incidents, although compLexity Gaming did report giving Skem a fine and having him issue an apology.

Now, it seems that the local government and tournament organizers have decided to take matters into their own hands and issued both TNC and compLexity potential consequences for participation in Chongqing Major if they qualify.

Sources have informed GosuGamers that letters were sent to both TNC and compLexity regarding the ban on both players. It was shortly after that compLexity moved Skem to inactive status and as disclosed by Kyle "beef" Bautista in their statement, it was due to challenges with Skem getting visas for "multiple" regions that resulted in difficulties in both training and competing with the team.

At this time it is unknown if Valve will step in regarding the situation. In the past Valve did revoke the major status of Galaxy Battles after players complained about the tournament organizer's issues regarding personal privacy and other concerns. TI9 is also scheduled to be held in China, raising concerns from the community about the power of the government to ban certain players from the event.

Do you think this is an appropriate consequence or too harsh?

Appropriate
Thank you for voting!
Too harsh
Thank you for voting!
Cristy “Pandoradota2” Ramadani
Pandora is a behind the scenes Dota 2 professional Jack of All Trades. When not busy with Dota 2 work, she is out trying to save the world or baking cupcakes. Follow her on Twitter @pandoradota2
Share Tweet
2,266 people reacted to this post