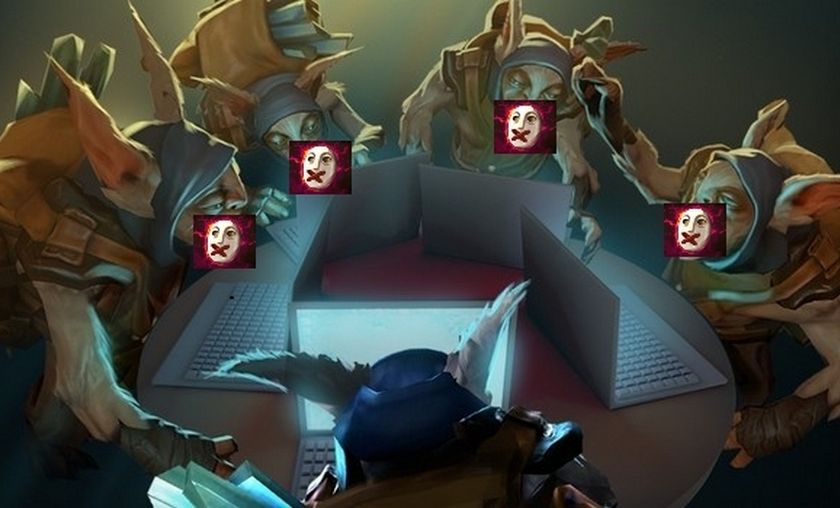 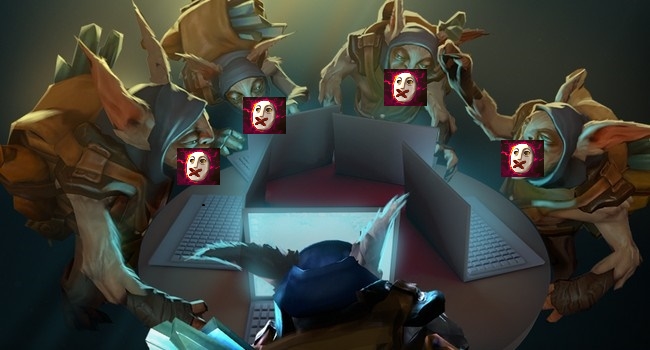 With TI7 over, the new players update and overall new competitive season in Dota, we are again facing an influx of new players, jumping on the hype train, seeing what is awesome about this Dota 2, that everyone is talking about.

The update also featured a restriction on the number of heroes you can pick, but that isn’t enough to limit knowledge so you can just focus on learning how to not auto attack creeps, what are roles and where do the runes spawn. Dota 2 being a game, where you invest a good chunk of your time and in general play with a lot of passion, means that you spill a lot of that onto yourself and mostly others when things go bad. When you turn to guides, videos, reddit and even streamers will tell you it gets better and to ignore everyone, focus on your game. This, unfortunately, misses one crucial point – how.

This is where the importance of communication gets overstated. You will see professional gamers yelling in the booths, streamers talking to their team and the audience, but this is where one of the most crucial details gets overlooked. That is all high level, not for new players.

Most of the communication in the lower brackets, and in general in Dota 2, is people flaming each other. Telling how bad others are, how good they owned the enemy and random sexual encounters with your birth giver. So with everyone engaged in the flame war in several different languages, despite you choosing “English”, the game is horrible, time to abandon and go back to where you came from? No! The answer is actually really simple.

THE MAGICAL MUTE BUTTON. In the game, recently an option was added to mute all chat from enemies. This is a good start, but it doesn’t cover your team. For that, there are options to mute them one by one in game, chat, and voice separated, but there exists one simple tick in the options menu, that will disable all incoming chat. Playing in complete silence might seem a bit daunting at first, asking yourself why play with people if they are not going to talk to you, but then I answer, because you are learning and there is nearly nothing important they can tell you.

Getting chat and voice messages is distracting, it pops up or blasts into your ears, you have to pay attention to it, and to what end? So you can know your teammates preferred sexual position with your parents? Even if the person is actually trying to tell you something you are doing wrong or what they are planning, if you don’t understand it or don’t want to listen to it yourself, what does this all do? It takes away from your time devoted to the game.

Dota 2 is complex enough, that you can play it for more than ten thousand hours and still find new things, that is one of the aspects of the game that I love. So focus one by one, last hitting, denying, pulling, laning, pushing, ganking. Learning to look at your minimap and knowing what people’s roles are will be enough to get by. You have a long road ahead of you before reaching a level, where everyone is on the same page and are willing to listen, thus my humble proposal: Mute everyone, don’t attempt to communicate, focus on the game.

Professional player Clement ‘Puppey’ Ivanov said, when asked about how important communication in the team was, paraphrasing here since I don’t have the exact quote: We don’t communicate that much. Especially in the middle of the fight, where people think you need the most communication. We ping. When I ping on an enemy hero it means: Stun him, disable him, kill him or something. It is up to you to know what you need to do and if you don’t you need to go back and learn that.

A year ago Kyle 'swindlemelonzz' Freedman, of team compLexity, said on his stream and in a later Reddit post, that if you are a player above 6k MMR in NA Region and you don’t have a microphone he will personally buy you one. He was adamant about the 6k, meaning that this is what he considers to be the cutoff point. Below that, you can get away without talking, but above you have to learn communication as an additional skill. Given how the MMR distribution is in Dota 2, most of people playing way below 6k, so focusing on game knowledge and mechanical execution is far more important than talking to others.

The point of all this is that personal skill and leaning on everyone knowing what they are doing is the way to go in Dota 2. Focusing on yourself, on your skills, be it mechanical or tactical, is a lot more important than telling your Spectre where to farm, cause If your Spectre, can’t find the part of the map, that your team have secured, this game is already lost regardless of what you do, how much you communicate and coordinate. In fact, from a loss like this, you can still learn something, but amid all the flames and the “gg go end Spectre doesn’t know how to farm”, you will have a harder time.

Comebacks are a thing in Dota and according to Thorin, the difference between high skill players and the rest is the attitude towards the game and the constant question on their minds: “What do I need to do from this position to win this game.” It’s not what the others need to do and how can I explain that to them, you have your role, you play your game and when everyone does the same, you will win even if it’s not in perfect sync.

In the game there are non-chat UI elements to help with that sync part. Pings for one, the bar above people’s head that tells you how much time remains for the disable. A well setup chat wheel with proper phrases like “Coming to gank” can be a lot more useful than typing or speaking. You don’t need to go: Viper goes first, breaks Linken's with his ult, then Shadow Shaman blinks in and we all kill the Sniper. Then hoping for your Viper to understand English, give the ok, everyone to get into position, a countdown over voice chat and a perfect execution is a tall order. For one, I haven’t had a game, where this has happened, for two even if this somehow manifests in some magical game, record it and be glad you have seen the Communication Unicorn.

Until then remember, muted people can’t flame you.

Will you be brave enough to mute everyone?