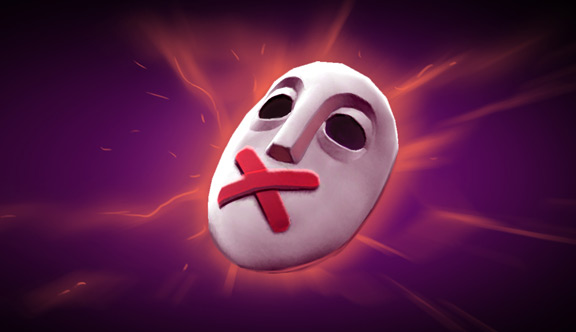 Through my observation, a lack of communication has been one of the key reasons for players to lose games, especially in the lower skill brackets. Communication is a key element that can decide whether players cooperate and come together to defeat their opponents or start a civil war and break apart, only to eventually lose.

Often, it is such a case where we tend to point out the mistakes and bad choices of our teammates after they have been made, rather than voice our opinion on what we feel should be done beforehand. This generally leads to negative behavior and toxicity that only reduces team morale and confidence, making players play their own individual game of "1 vs 9".

Amateur players need to understand that playing a team game requires far more than game knowledge, the know-how of item and ability builds, mechanical skills and proficiency at farming patterns. Agreeing to a single plan, even if it is not necessarily the best option, can yield far better results if the team works together on it than when each player has their own individual plan at hand.

This is probably the most efficient and effective way of communicating with your team. You get to inform them of your status and decisions instantly and with plain and simple dialogue. There is also very little room for miscommunication or misunderstanding as to the intentions of your commands or the tone of your voice. Unfortunately, there are multiple problems associated when it comes to communicating using this medium.

If one is capable of avoiding these problems and using verbal communication effectively, all is well and good. You must keep in mind, however, that it is advisable to always speak in the context of your team. Therefore, using phrases like "We should" or "Can we" is always better than focusing your comments on a single player. This gives everyone the feeling that all actions are a team effort and that you are all working together.

There is no doubt this medium of communication is most preferred by professional players and those in the higher skill brackets. However, if one is hindered by one of the problems listed above, they can be avoided by using a host of different communication features in the game.

One of the biggest advantages of using the Chat Wheel is the fact that it automatically translates the messages you send to that of your teammate's preference. This already solves the problem of language barriers that verbal communication using the mic cannot. The messages you send are also instant, concise and available for various different purposes.

Earlier on, the Chat Wheel was severely limited by the number of messages you could send. If you were someone who relied solely on that form of communication, chances are you would find yourself missing some important options due to the limitation of eight messages. However, since the recent introduction of a second Chat Wheel, this problem is largely nullified.

The biggest drawback for some players will be sacrificing the slots for the flavourful and entertaining Chat Wheel sounds that the Battle Pass provides. Nevertheless, I can assure you, every single slot dedicated to a team message is worth sacrificing the ability to spam "Lakad Matatag, Normalin Normalin!" or "It's a disaster!". If its worth any consolation, the Hero Chat Wheel sound is still available to spam the individual hero dialogues made available through Dota Plus Achievements.

As a reference point, I have displayed my personal preference to set the Primary Chat Wheel. It will mainly have commands focused on objectives the team should collectively work towards. Destroying barracks and towers, as well as killing Roshan, is almost always best executed as a team effort.

Along with that, important messages that make your teammates aware of your status are invaluable. It can help your team understand that you cannot join them in fights when you use messages like "Skills on Cooldown" and "I'm retreating", thus preventing frustration after a failed team-fight.

Besides commands centered on objectives and player status, a Secondary Chat Wheel can be used, as I have shown above. Friendly, morale-boosting messages should never be underestimated.

Dota can be quite frustrating at times, especially when you're on the losing side. In order to win, you have to go above and beyond the regular duties of your role. A simple "Nice" or "Well played" can have a very positive impact on a player when they get a kill or outplay an enemy. Also, morale-boosting messages like "Relax, you're doing fine" and "Don't give up" are always the better choice rather than pointing out the fact that your teammate is doing poorly.

At the same time, admitting your faults with words like "My bad" or "Sorry" is definitely better than resorting to the negative approach of blaming your teammates or denying your mistakes.

One of the best additions to the game in recent times is the Ping Wheel. Introduced in the Dueling Fates update or Patch 7.07, it allows you to share some crucial information, specific to a location on the map, with your teammates.

In conjunction with messages like "I'm retreating" from the Chat Wheel, pings can be issued to let your team know where you exactly intend to head towards. Similar messages telling your team to attack towers, shrines, barracks or certain heroes can help you coordinate objectives quite effectively.

One of the most important features of the Ping Wheel is the ability to specifically point out locations where you need vision, or you think the enemy has vision. It is a lot more productive than using vague commands like "We need wards".

Owing to the complexities and depth of the game, it shouldn't come as a surprise that even all of the options listed above are not enough to convey all possible information about the hundreds of different elements in the game. Luckily for us, the brilliant game design of Dota allows us to issue even more commands about the status of different heroes and items.

Coordinating with strangers and working together can be hard, especially in a game with so many heroes, strategies, and possible outcomes. However, you must realize that if you are a player with good map awareness, mechanical skills, game knowledge and decision-making capability, the most likely factor that holds you back is your ability to communicate and play with your team.

It is no secret the nature of the game breeds toxicity. Forcing five strangers to work together naturally instigates negative behavior, fuelled by the two factors that also make the internet a cesspool: Anonymity and an Audience. However, here, we have two very strong tools to almost completely avoid it and focus on our game: the Mute Options and the Report System.

Eventually, any weakness can be worked on and minimized. It takes a calm and patient player, especially in the toughest of times, to consistently win games.

What type of communication do you prefer with your teammates when playing Dota?