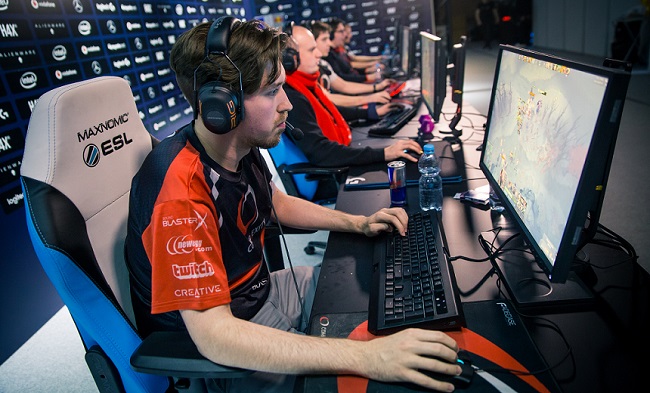 In the past year, North America has become a more hotly contested region than previously when Evil Geniuses dominated. CompLexity Gaming and OpTic Gaming have made strong bids for the crown of North America. Ideally, fans of NA Dota will benefit from a more competitive region by having more representation at The International 8 than the guaranteed single spot from the regional qualifier. However, only one team sits in the Dota 2 Pro Circuit’s leaderboard top eight, the cut-off for direct invites. With so many DPC points still available, that could change very quickly.

Evil Geniuses, compLexity Gaming, and OpTic Gaming all competed recently at ESL One Katowice. None of them received qualifying points for the DPC however, as they all fell short of the top four. The three teams are attending The Bucharest Major from March 4-11th, alongside thirteen other teams, eight of which also competed in Katowice. Can the North Americans learn from Katowice and step up their performances for Bucharest? Let’s take a quick look at each of the teams to understand how their season’s gone so far and what’s at stake.

EG have been considered the North American standout for a pretty long time. They’ve recently undergone some big roster changes—Clinton “Fear” Loomis moved from a position four support to a core role, with Sumail “Suma1l” Hussan shifting from mid to the off-lane, and Andreas “Cr1t” Nielsen moving from position five support to the greedier position four. Rasmus “MISERY” Filipsen joined the team in position five and as the new team captain, while long-time Evil Genius Saahil “UNiVeRsE” Arora departed to join Fnatic. Though there was technically only a single player change to the roster, the role swaps will have a significant impact on how the team performs.

After placing in fifth-sixth position in Katowice, Evil Geniuses are sitting on the cusp of direct invites. They’re currently in eighth place, but they will need to pick up additional points to stay there. They’ve already been invited to and qualified for a couple of tournaments later in the season—GESC: Indonesia Dota 2 Minor, Dota 2 Asia Championships 2018—and like everyone else, they want to make the most of each opportunity. Stepping up into the top four in Bucharest would be a great statement for this team about their trajectory for the rest of the season.

When OpTic Gaming entered the Dota 2 scene in September 2017, the organization brought with them a dedicated fan base, albeit fans of other esports. OpTic picked up the entire Team Dire squad, but then struggled to maintain a full roster following Misery’s departure at the end of November. After using two stand-ins, OpTic finalized their roster at the end of December 2017. They added Neta “33” Shapira, who typically plays the offlane role, to fill the open position four slot.

OpTic may be experiencing some adjustment pains while the new roster comes together, but they certainly shouldn’t be underestimated. They’ve attended two DPC tournaments so far this season; the Bucharest Major is their third event, with the Dota 2 Asia Championships 2018 on the horizon. It’s critical for this team to grab some qualifying points in Bucharest, to make a strong move onto the DPC leaderboards.

While both EG and OpTic Gaming made roster changes before the winter deadline on February 5th, compLexity Gaming stayed with the same five players they started the season with in September. They did, however, bring in a new performance coach. While this didn’t pay off for them in Katowice as they dropped in the group stage, it’s possible that they were a victim of the group stage format. With a first round best-of-one loss, they then had to face OpTic Gaming later in the day in a best-of-three elimination series, and unfortunately for compLexity, it seemed like OpTic was the stronger team.

CompLexity needs to place well in Bucharest. While they’ve qualified for EPICENTER XL, the team is sitting at fourteenth on the DPC leaderboards, with only 135 points—750 points behind eighth place EG. Bucharest is a good opportunity for them to come back strong from a disappointing finish in Katowice.

With only a week between tournaments, there’s not a lot of time for teams to improve. CompLexity, OpTic, and EG are all teams with strong support systems and competitive drive. We’ll discover soon whether or not the NA teams can bounce back enough to place in the all-important top four at The Bucharest Major.

Check back for our full coverage of The Bucharest Major from March 4-11th.

Will an NA team make top four in Bucharest?