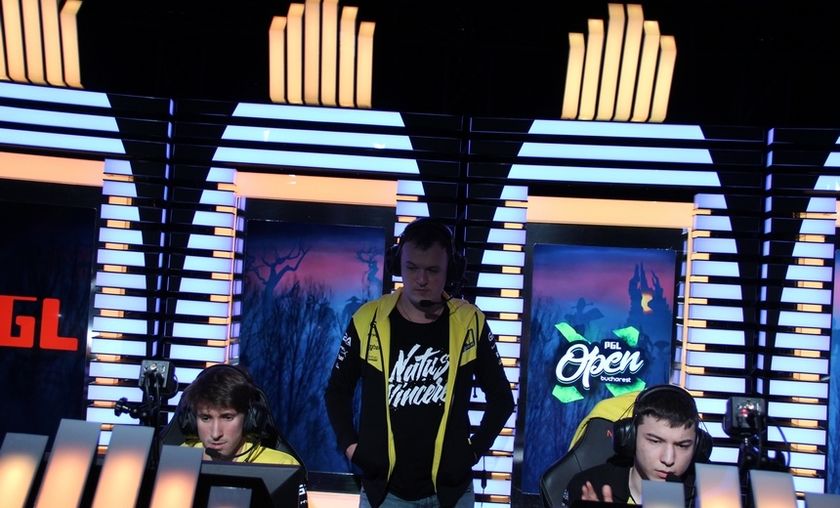 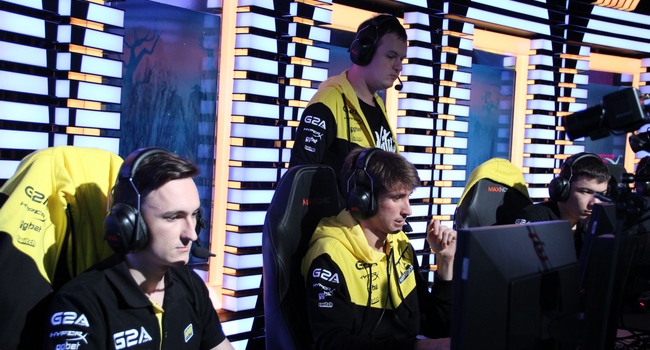 Alexander "XBOCT" Dashkevich is an iconic figure for the entire Dota scene. TI 1 champion, three times in a row finalist at the same event, XBOCT was and still is to many youngsters a source of inspiration. Many of the Dota 2 fans know him and remember him for what he accomplished for over five years at Natus Vincere alongside Dendi, Funn1k, Puppey and Kuroky.

I haven't seen XBOCT in a while and I was pleasantly surprised to find that in many aspects he didn’t change at all.

How is your life now that you are coaching, how do you feel in this position?

It’s a very nice feeling. After a year and a half of playing for different teams and not achieving anything, so I guess I can say, after a long competitive break, I’m back again with a professional team in which I trust and where I can already see that we can get results.

This is something that I really needed to happen in my life because when you live without goals you end up doing nothing and your motivation to live is getting down and down, so yeah I’m extremely happy to coach Na’Vi.

You are happy now with coaching but do you miss playing? I’m asking this because, for example, syndereN told me in an interview a few years back “ I love to cast games, I Iove to cast TI grand finals but playing at TI is 100 times more rewarding than casting it”, so yeah, now I’m asking you, who did a little bit of everything in the past year, casting, trying to build a new team, now coaching, is there a voice in the back of your mind that says “I want to play again” ?

Well, I’ve been already in three TI finals so that’s already a great achievement for me but even so, of course, I still want to play. Maybe one day. I don’t know, you can never know exactly what the future holds for you. Right now I’m just happy coaching. When they are winning I’m experiencing the same emotions as I was when I was playing. It’s a really satisfying feeling, I didn’t expect it to be like this, to be honest.

How is it for you when they are losing?

That’s different. I used to be a very emotional player. After a loss I could stay upset with myself or my teammates for days, or a week. But now, as a coach it's different. I can keep a cool head about what happened. I don’t get emotionally involved when we lose, and I can see what or when things went wrong, discuss with the team in a calm manner, analyze what happened and make sure we don’t repeat those mistakes. I don’t know if this is happening because I’ve grown up as a person, or maybe because I’m not playing and I can objectively look at every move and decide what was good and what was bad in certain situations. 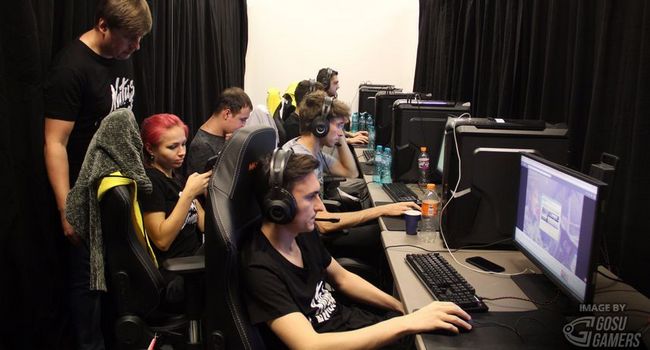 To all those who know you from when you were playing for Na’Vi, you are one of a kind, a special carry, the definition of CIS aggressive style. In so many years of Dota I, personally can’t remember a game where XBOCT was passively farming, so in this regard, you are one very special player. How do you coach Crystallize, who is very young, inexperienced, he maybe looks up to you?

It wasn’t me who brought him to the team. But when I met him and I saw him playing I recognized his potential and for now, as a carry, you don’t really need to be super aggressive. I mean, everyone does that these days but I believe in Dota is more important to understand that you need to show yourself in specific moments. You need to be in the right place at the right time. You don’t need and you don’t have to show up or teleport five seconds earlier for example, and things like that. It has always been like that.

When we’ve met, he told me that he watched all my replays, that he knows almost all of my games and that made my work much easier because he already knew me, he knew how I see and what I think about Dota, so all I had to do was to remind him a  few moves, and some stuff. What’s great about him is that he wants to learn, he is really open, he listens, he studies, he practices a lot, and I’m here for him. I’m trying to share all my experience with him, of course not only with him but with all the players and again, this is a new and a great feeling for me. When you see that they listen and they put in practice what we’ve talked and all those things are actually working, it’s really motivating for me.

At the beginning, I didn’t even want to be a coach at all

How did you end up back at Na’Vi, was it your idea to come back, or did someone approach you?

It wasn’t my idea. At the beginning, I didn’t even want to be a coach at all. I didn’t think it was what I needed, but at the same time I didn’t actually know what I needed, I was like a  typical girl. But Na’Vi’s CEO, Yevhen "HarisPilton" Zolotarov, kept coming back to me and talked to me a lot. I said no to him, no, no, I don’t want to do this, we’ve meet a couple of times and at some point he told me that I have all the power and I can do whatever I want, and all that they need is to have a normal team. So, in the end I said “ok let’s try”.

To be honest a few CIS teams asked me before to be their coach and I declined them because I didn’t know the people who are working for those teams, I didn’t know the players, you know, the inner workings of the organization, and if I learned something through all these years is not to trust people too easily. But at Na’Vi I know everyone, I know how things are run here, I know every single person from the organization for like five or six years so these are people that I actually trust. I know that they will not throw me away at the first lost game. They are honest people, and let’s just say I feel like I’m at home here. Let’s just be honest, there are people that all they do is trick you, and I really don’t like that. I’m not a person who tricks others, I’m a very honest person and that’s why I have to be very careful when I have to choose my partners.

Let’s talk a little bit about the Pro Circuit and its packed schedule. A lot of minors and a lot of majors ahead, a lot of traveling involved with this, how did you as a team decide to approach the season?

It was hard to actually make any sort of plan because we didn’t play a single game for the first month and then we went to bootcamp where we had several games each day, but we played with the same teams times and times again. And that’s not really good because you are not improving, you can’t really see your mistakes and change maybe the playstyle, you don’t change the team’s overall game, you just play Dota all the time. We spent three weeks like that and everyone was just wasted, and not really feeling an improvement. It was a bit annoying because we do want to attend as many tournaments as possible because we have new players who need to gather LAN experience, so that’s why we want to attend as many minors and majors possible these first months, except maybe a few, those in China for example. Traveling to China is not easy, it’s a very long trip and very tiring for players, especially now when you have a LAN every other week or so. So yeah, for now, we avoided only one tournament but we do our best to play all the rest of the events from this end of the year.

At the end of our interview please tell me what would you like to see changed with the Dueling Fates patch?

I don’t care. I like Dota regardless of the patches. I never complained about any patch. For now, I don’t feel a hero is more powerful than another, I don’t think there’s something imbalanced in the game right now. I don’t know, maybe for some, it’s boring what happens right now actually, because if you want to win you need to pick Venomancer and Necro, Lich and you know, all the TI meta, but overall, the game I think is just fine.

Alright, any shoutouts you want to make?

Thanks to all our fans and sponsors, thanks to everyone cheering for us, I love you guys and thanks for having me for this interview.

Thank you for taking the time to talk to us and good luck here, at the PGL Open Bucharest!

Will Na'Vi prosper with Xboct in the coaching seat?