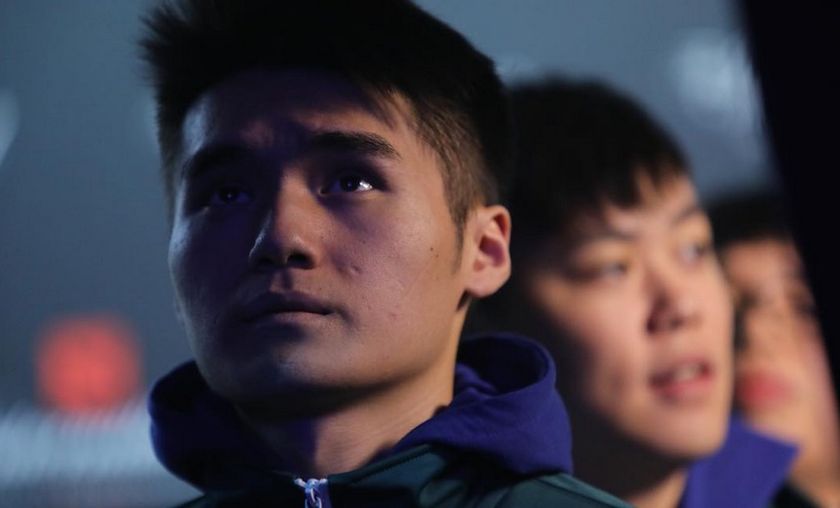 Upon their arrival at TI7, Newbee were considered a predictable team, both in play style and drafting, however thanks to Song 'Sccc' Chun who played 20 different heroes in 27 games Newbee surprised with every upper bracket match they had. Just turned 21 years old yesterday, August 18, Sccc’s professional career is still very green. A day ahead of his birthday, Sccc has taken the time to talk to us and we focused our discussion around his starting steps in Dota 2.

With him achieving a second place at The International in less than two years of competitive play and with a whole tournament dedicated only to amateurs around the corner, namely New Blood Championships, we talked to Sccc about what it takes to become a pro. Here is what Sccc would advise anyone who wants to take the next step and become a pro, with a few insights from his personal experience. 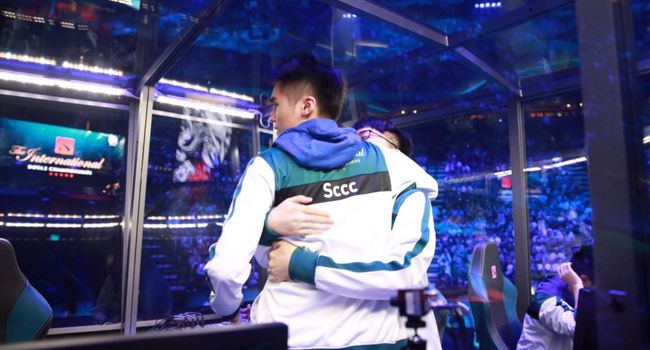 Hello Sccc, first of all, big congrats for The International 7 run, how do you feel, I guess reaching the grand finals was pretty intense for you guys?

I have achieved my expectations to be in the top 3. And yes, our team was very motivated to be one of the grand finalists.

You are obviously a truly inspirational story for all those aspiring to a Dota 2 professional career. So I would like to have you talk more about what it takes to reach such a prestigious second place at TI in less than two years.

Clear intention and hard work has paid off. I learned through playing solo games and watching videos.

How did it all start, when did you decide you wanted to become a pro player?

I used to play Dota 1, and then started playing Dota 2 when it was released. I wanted to become a pro player because I love the game and enjoyed participating in tournaments.

You served in the army for three years, did you have any chance to play any kind of Dota in that period?

I only get to play 1 - 3 hours in a few months in our computer room. Against bots.

Did the army discipline help you when you joined Newbee.Young and took the team leadership into your hands?

It has trained my character and mental strength. Not to give up easily, and to always have self-control.

How many hours do you spend practicing per day?

All the time, except while sleeping, or eating.

What’s more important or to what part should an amateur pay more attention to if he wants to improve himself? Solo 1v1 practice, spam pubs or play lobby games with friends?

The best should be 1 v 1. Study the position that you want to learn.

If you want to be a pro player, do it wholeheartedly

What would you say it’s the best thing for a newcomer to have in order to survive in a professional team: have a wide hero pool or have a few really strong heroes that would force enemies to respect bans?

If you want to be a pro player, do it wholeheartedly. Your family may not support you, or you may have pressure from other areas. Do not make a decision that you will regret. But answering the original question, having a wide hero pool is definitely better.

In Europe, and to some extent in SEA as well, there is this trend of tier one teams recruiting top MMR players, is this something Chinese teams look after as well when they decide to bring youngsters to their rosters?

Yes, the basic consideration is based on MMR, in Newbee.Young or other teams.

From your experience, what would you say it’s the most important thing for a newcomer team to make a breakout in the competitive scene?

There must be trust amongst team members.

Just before going to TI7 you guys played in the first season of Galaxy Battles where there’s been a mix of tier 1 teams with teams that are still fighting for a better world ranking, see the likes of Happy Feet or even Infamous and VG who have a few newcomers as well. Do you find this kind of tournaments beneficial for both sides, tier 1 and up and coming players/teams?

I feel it is the same for everyone.

Fallout Gaming, one of the Galaxy Battles organizers just announced a tournament entirely dedicated to amateurs, New Blood. What are your thoughts on this, would you have liked to have a tournament like this to get noticed when you started to play Dota?

It is definitely good news for people who want to become a pro player.

Do you remember your first ever big LAN event?

Were you feeling a high level of anxiety and stress playing perhaps against some of your idols for the first time?

No pressure. I am always motivated to win.

Don’t give up, be responsible, be hardworking, and give your all

I guess you experienced the same feelings all over again on the TI 7 stage a few days ago. How do you deal with feelings like that, what do you do to focus and mentally prepare for a game with such high stakes?

I am already used to participate in tournaments. I no longer feel anxious before the game. I will listen to my favorite songs.

I’m pretty sure that you have millions of fans by now and some of them will do their best to win the New Blood Championships, so they can play vs Newbee at Galaxy Battles Season 2, any final words you might have to say to all these guys, dreaming one day to be at the same level with you?

Don’t give up, be responsible, be hardworking, and give your all.

One last question, if you don’t mind: what are your vacation plans before the new season starts?

No vacation plans. I am single. Solo game is my vacation.

Thanks a lot for taking the time to talk to us, enjoy your well-deserved vacation and we are looking forward to see you and Newbee on the TI 8 road!

Have you ever considered becoming a pro?