ESL and BLAST announced that they are making some adjustments to the event schedule of their CS:GO tournaments for the second half of the year according to a joint announcement by the two event organizers. The affected tournaments include the ESL Pro League and BLAST Premier Fall Groups.

ESL Pro League Season 14, previously scheduled for Sep. 8 to Oct. 10, will now take place between Aug. 16 and Sep. 12. This will make it the first official tournament after the player break from 19 July till 15 August.

The BLAST Premier Fall Groups, previously scheduled for Aug. 26 to Sep. 5, will now take place from Sep. 16 to 26. Lastly, IEM 2021, the first CS:GO Major for ESL and BLAST will now be played from 18 September to 10 October. The shift in dates is to avoid any clashes with the upcoming PGL Stockholm Major, scheduled to run from 23 October till 7 November. 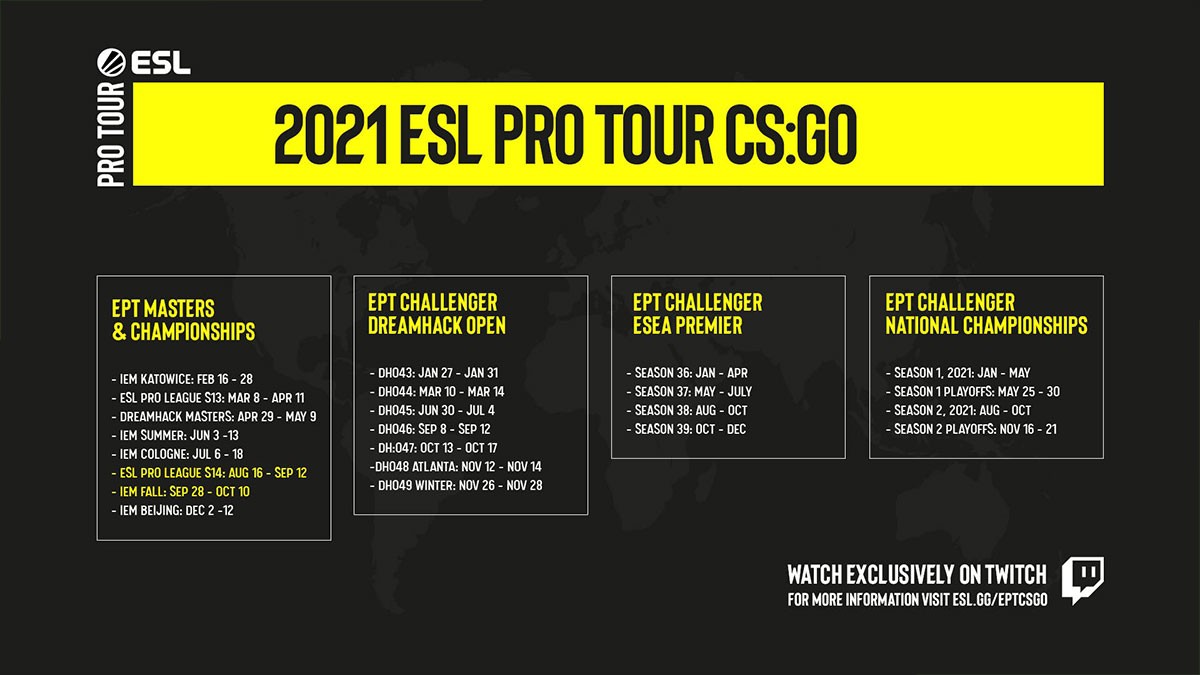 "ESL and BLAST have collaboratively made adjustments to benefit the CS:GO ecosystem by taking a unified approach to the governance of scheduling tournament dates, rulebook alignment and integrity policies. Both parties have aligned and adjusted dates for the second half of the 2021 international calendar with the end goal of positively impacting teams’ ability to travel, train and perform at events." - ESL and BLAST

Do you think this date shift will benefit the community?