Zechs Files: Dusting off the classics 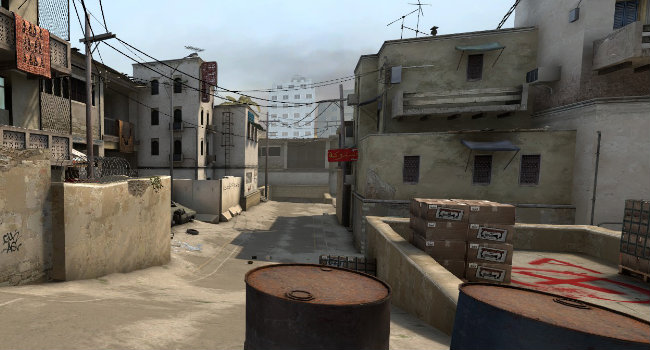 Dust2 has been around forever. After a recent, brief hiatus, it is coming back. But how do you improve on a classic formula?

Once upon a time, Counter-Strike had a very different map pool. The competitive scene weeded out hostage maps pretty quickly, but I remember league matches on Aztec and Dust. Hell, even Prodigy was once considered worthy of professional play, despite its CT bias making Nuke look like a paragon of even handed design. For what it’s worth, I actually loved Prodigy. It was so small and claustrophobic and had loads of weird and unusual wallbangs, but it was probably best left out of real CS. Aztec was, of course, a joke of a map and so the competitive map pool quickly shrunk in those early days.

Compared to a competitive RTS like Starcraft, this was strange. Starcraft (both versions) have had wildly fluctuating map pools over the years. Some leave, then new ones fill their spot, then some come back. But CS was in a rut. Maybe it’s the nature of FPS games, but Quake games have had an RTS-like revolving-door style approach so I’m not convinced by that argument.

Regardless of why it is the case, CS was slow in adding new maps. Several leagues tried to remedy this by commissioning maps from the public – occasionally with success. Everyone knows CPL Mill (or Tuscan) is still the go-to option when map pool threads crop up on reddit but fewer are aware of CPL Strike, which laid the foundations of the Mirage we now know and love. There was also a less successful CPL Fire, which was never really played outside of CPL’s online league, CAL. CEVO had its own maps too, but they were played so scarcely that even I hardly remember them. I think one was a bit like a snowy Cobble.

Through all of this, and through every version of CS, one thing has remained constant: Dust2.  Dust2 is synonymous with the Counter-Strike franchise. It is probably the most played FPS map of all time. I hate the map and it’s been out of the competitive pool for months, yet it is still my most played map, according to my CSGO statistics. How is my least favourite map also my most played? Because everyone else loves it. Before it was removed from the competitive pool it was basically the only map available on DM servers. For goodness sake, it has its own queue now, where you can queue up to only play Dust2, and people actually use it!

But why? Why is it so popular? There are countless articles and videos about how the “four quarters and a middle section” design of Dust2 laid the groundwork of what makes a good CS. It makes a lot of sense; after all, you don’t get to be the most recognisable map in any FPS ever if you don’t get at least something right. Dust2 is – dare I say – an objectively good map (well, except for middle, that part is definitely subjective). The only reason I don’t like Dust2 is because I’ve played it for 16 years now, enough is enough.


Why is de_dust2 so good by 3kliksphilip

I am eager to see what Valve has done with the new version, however. I expect it to retain the major features – the things that make Dust2 what it is: B tunnels, Long A and Short A, middle. I really, really hope middle is changed though. The double doors may be iconic but, be honest with yourself, don’t they kinda really, really suck? Going to B as a CT against a competent AWPer is a miserable experience. You shouldn’t need to spend $300 just to get to a standard position on the map, especially when even that doesn’t guarantee safe passage.

Apart from middle, I expect we will just get graphical overhauls and a few map tweaks. I anticipate something similar to the Inferno rebuild, which has been a huge success. I would like to see something that makes room for new strategies, but, frankly, there isn’t much you can do to a map that is already over 15 years old without just making a new one. Maybe make B a little bit more approachable for both sides, just like on Inferno. I’m no map maker, but we have seen how just a few tweaks can reinvigorate a stale map.

If Counter-Strike history is anything to go by, we are unlikely to see genuinely new maps very often. I make sure to get some game time on operation maps when they are available, but they never seem to make any waves. I rather liked Wildfire’s Tulip, but the odds were always against it. Professional players don’t want to have to learn a brand new map when they have to spend so much time learning how to play against top class opponents on the current ones. Even the casual scene has shown that it is largely okay with just playing Dust2 ad nauseum. If remakes are the best we can hope for, let us hope that Valve has done another stellar job on Dust2, because it will be here to stay.

Are you excited about the return of Dust2?

de_Inferno back into active duty rotation

Zechs Files: The teams they are a-changin'