General 10/12/12, 11:53 AM Gosu “GosuGamers” Gamers
This is an editorial opinion piece and the author's opinion does not necessarily represent the opinion of GosuGamers or the opinion of any affiliates.

DotaTV is changing the business model of eSports broadcasting. All the people who do the hard work should get a share of the money involved.

James '2GD' Harding put it right in his appearance at talkDOTA in September: The business model of Dota 2 is maybe one of the biggest strengths of game. Dota 2 might be a game changer for the whole industry. Even now it is a game changer for the Dota scene and the eSports part of it for one simple reason: The effects of DotaTV.

Two and a half years ago, eSports video streaming from your living room, or bed room for some casters, has started to become majorly popular and economically relevant for the eSports industry. By now everyone knows Twitch, own3D and the other streaming platforms. And all the casters generate a revenue from their streams and videos on these platforms. 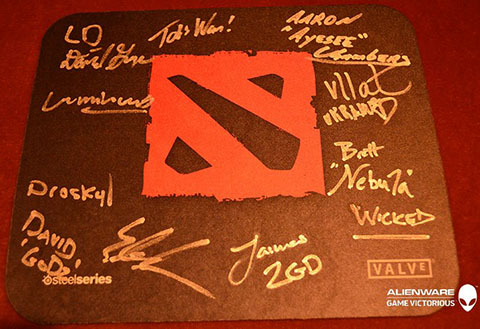 Even with DotaTV established, Twitch&Co. remain the most important platform to generate new viewers, because it's so easy to access. However, the hardcore Dota 2 fans slowly, but steadily increase the number of viewers watching from the built-in DotaTV client. Post-International basically every established Dota 2 league has its own DotaTV ticket system.

While it's a great viewing experience and it most likely increases the total amount of viewers for a specific match, the success of DotaTV has some downsides for casters. If video streamers use their own streaming account, the ads displayed at the startup of the stream and occasionally during the cast generate an income for the casters directly. If they have to use the organisation's account, they mostly get a flat payment from the tournament itself.

There are, by now, plenty of casters putting significant or full time effort into this game. It's most likely justified they get something back, and apart from publicity and a great experience and fun, that should include money as well. The problem with DotaTV is, at least currently, there are no adverts. There's only tickets. And the more people watch on DotaTV, the higher chance for decreased streaming viewer numbers is.

It is true that from the one to three Dollars which the tickets most of the time cost, a share goes to the tournament organiser. It's not the majority, but it's significant. This is a big deal, because it's a direct income for these organisations, which also put a lot of effort and manpower into running these tournaments.

For the casters, however, this is sub-optimal. In video streams, they only have to hope Twitch and the others sell enough ads and pay the content producers appropriately. There is, on a standard level, no intermediate station. For DotaTV, people pay from their Steam Wallet, a part of the money stays at Steam and Valve, and a part goes to the tournament organiser. In order to get an income from DotaTV casting, TobiWan, Ayesee, Purge, LD and Co. would have to ask the tournaments for a salary for casting. In some cases, for sure, they do.

The more listeners, the more income, just as in streams

Or, and that is the alternative idea: Why not establish a system where registered casters could get a part of Valve's share from the tickets, according to how many people actually listened to their voice in-game? Valve is the only one having this data currently, as only the total amount of current viewers is displayed in DotaTV, not caster-specific.

Of course, this idea has its downsides as well. It would further strengthen Valve's position in the business. As this income method would be dependent on Steam as the payment method, it would give them the same power as Apple has with the App Store: Either you comply with our rules, or you are not a part of our game. But then again, it's Valve, they create this game, they should get some credibility, right?

If it's the tournaments paying in the end or Valve, it doesn't really matter. But in case DotaTV keeps increasing it's importance in the community, then the people who contribute a lot to its viewing experience, they should really get a share of the money involved. James Harding said, for him the Dota 2 business model is more sustainable than others. Giving casters all options for success should be a part of it.
Gosu “GosuGamers” Gamers
Share Tweet
1 people reacted to this post