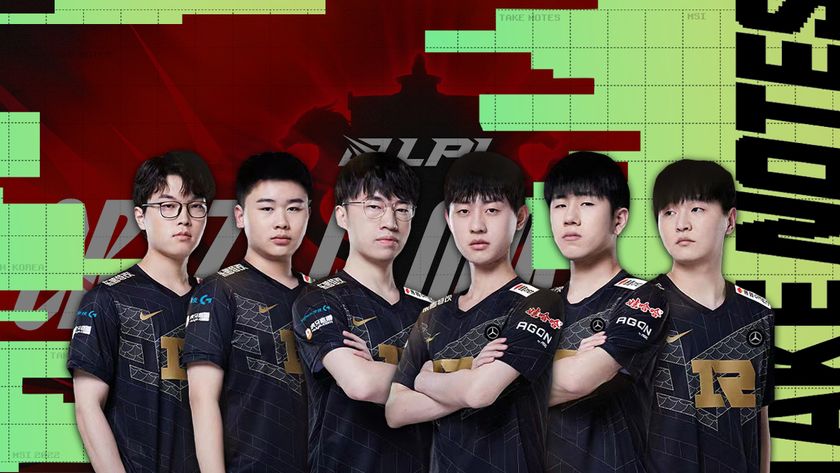 Can Royal Never Give Up make it two-for-two at MSI?

The current reigning champions of the Mid-Season Invitational will be preparing for the tournament a bit differently from the rest of the teams competing. Instead of flying to Busan, South Korea to compete against the best, Royal Never Give Up will be playing remotely, either from their team's training facility or the LPL Arena in Shanghai, China. This is due to the nation's ongoing battle against the pandemic, which has halted any sort of travel in and out of the country.

However, Riot Games has ensured that the competitive integrity of MSI is not compromised. Much like the 2020 Mid-Season Cup between the LCK and the LPL, all teams will be utilising a network latency tool to maintain a ping as close to 35ms as possible to keep it fair for all competitors. Riot has also ensured that all teams will be able to practise and scrim at this ping while also deploying referee support and monitoring throughout the tournament in both South Korea and China.

But what makes this interesting is that RNG will not be defending their title in person. Instead, they will be playing from China, which makes things all the easier for them when it comes to dealing with tournament pressure. With the likes of T1 being the LCK representative as well as having the home ground advantage, that will count for nought if they were to go up against RNG in either the Rumble or the Knockout stages. This puts RNG in the driver's seat knowing that they won't have to deal with the pressure and expectations that come with playing on LAN.

While it will be hard to determine just how big a factor competing remotely will be, that shouldn't be a problem for RNG who has been a dominant force in the LPL this season. After finishing in the second seed during the group stages, RNG took out JD Gaming as well as Top Esports on two separate occasions: once in the upper bracket finals and the other during the grand finals, which they won both times. The team did make some minor changes, which for the most part have performed exceptionally well.

After the departure of Yuan "Cryin" Cheng-Wei from the team during the off-season, Li "Xiaohu" Yuan-Hao has since swapped over to the mid lane with the team bringing in Chen "Bin" Ze-Bin to cover in the top lane. The core foundation of the team is still there with Shi "Ming" Sen-Ming and Xiaohu being the longest-serving and most experienced members of the team.  Both Ming and Xiaohu are the only members who have won MSI two times with RNG, having been around since before the 2018 victory.

Being in the same group as PSG Talon, Istanbul Wildcats, and RED Canids, it isn't a stretch of the imagination to see RNG pull through the group stages without much trouble. The only team that could pose a real threat to them finishing in the top seed is PSG, who have shown that they can stand toe-to-toe with RNG after last year's MSI. With the LAN starting tomorrow, it'll be interesting to see what will happen with everyone playing in South Korea while RNG has the choice of playing in the comfort of their training facility. This will undoubtedly affect the team's mental strength for the better, knowing that they have nothing to distract them.