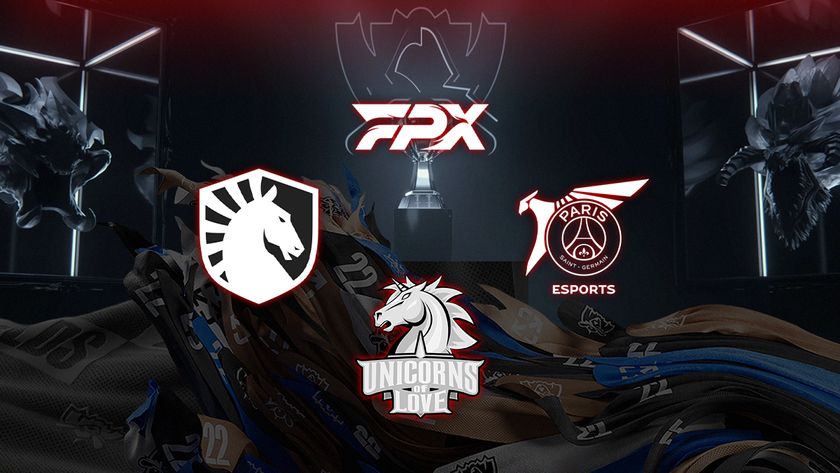 Some of the industry's biggest names are missing out on Worlds this year.

Worlds 2022 is a little over a week away and we have the confirmed 24-team list competing around North America. This includes some of the biggest names in the League of Legends pro scene at the moment. The likes of reigning world champions, EDward Gaming secured their spot in the group stage via the LPL regional finals whilst MSI 2022 champions, Royal Never Give Up will be starting from the Play-In Stage. Even former world champions like DWG.KIA managed to pull through via the LCK regional finals, which goes to show how much the top competitors have in them.

However, the same can't be said for many other big-name teams who, unfortunately, failed to gain a spot at this year's world championship. This includes some fan favourites as well as teams that have made it to Worlds in the past but have failed to live up to their previous consistent showings. The likes of Team Liquid from the LCS, PSG Talon from the PCS, and even FunPlus Phoenix from the LPL are just some of the biggest names in the LoL esports scene that won't be appearing at Worlds 2022.

The Worlds 2019 winners have looked a shadow of their former selves over the past couple of seasons. Having gone through various roster changes since they last won an LPL split title and a world championship, FPX has not been able to replicate their performances from the past. Despite refreshing their rosters and building them around AD carry Lin "Lwx" Wei-Xiang, the team has never been able to find any real consistency and stability. This was first seen during the 2020 season when the team placed second in the spring but finished outside of a playoff spot in the summer while also losing to Invictus Gaming in the regional finals to cap off a disappointing season.

This brought about plenty of changes to the roster in preparation for the 2021 season, which saw an uplift in performances. Despite placing second in both the LPL Spring and Summer splits, FPX could not get past the group stage of Worlds 2021. With multiple roster changes made once again for this season, FPX has not been able to have a solid foot in this year's campaign. In both the Spring and Summer Splits this year, FPX barely scraped by the group stage matches.

And to make matters worse, they were eliminated by EDward Gaming in both splits - the first round of the spring split playoffs and the second round in the summer split playoffs. With their season officially over for the year, it's time to head back to the drawing board for FPX. They will have until December of this year to showcase what their new (or current) roster is truly capable of in the Demacia Cup.

The four-time LCS champion Team Liquid will not be at this year's Worlds, ending a four-year 100 per cent attendance rate at the world championship. However, it is safe to say that this year proved to be the most competitive LCS season in recent years. With the likes of Cloud9 and 100 Thieves taking the top two spots, it was always between Team Liquid and Evil Geniuses for the third and final spot in Worlds 2022. This was evident as both teams clashed numerous times this season, three to be exact, but it was EG who came out on top in the end.

Liquid won the first series in the LCK Lock-In with a clean 3-0 sweep. While many thought this was a sign of greater things to come from Liquid, that wasn't necessarily the case. They lost to EG in the lower bracket final of the LCS Spring Split 3-0 while also losing to them again, this time in the lower bracket semifinal 3-2. Oh both occasions, EG, unfortunately, had the upper hand against Liquid. The Summer Split playoff series was one to remember for both teams with EG taking the early lead in the series before Liquid took two in return, leaving EG to reverse sweep it in the end.

Having already released Steven "Hans sama" Liv from the main roster, the team will be looking to build from scratch once again. The team's owner has already come out and said that they will be looking away from creating "superteams" via free agency and instead, look to cultivate the current crop of talent to build the team from the ground up.

While PSG Talon has only been in the competitive League of Legends scene for three years, they have managed to make it to the world championship in their first two years. Unfortunately, that means that they just missed out on this year's qualification, the first in the org's history. While they did have a great Spring Split, which saw them finish fifth at MSI 2022, their Summer Split run wasn't as ideal.

This comes despite finishing top during the group stage portion but their playoff run has not been the greatest for this season. Their first loss came at the hands of CTBC Flying Oyster in a back-and-forth series that saw PSG drop to the lower bracket. Even after defeating both J Team and Deep Cross Gaming, PSG was just one win away from securing their slot to Worlds. Sadly, it was Beyond Gaming who prevent the reverse-sweep by managing to defeat PSG Talon in the end.

The past few years of the League of Legends World Championship haven't featured a top team from each respective region. Due to COVID-19, the likes of the VCS could not attend the past two Worlds. While they will be in attendance this year, it's now the LCL's turn to miss out after tensions between Russia and Ukraine escalated to a global scale.

With both the LCL Spring and Summer Split being put on hold indefinitely for the season, it was only a matter of time before Riot Games came out with a statement regarding the LCL's eligibility to Worlds. Because of this, the LEC gained an additional slot in the world championship due to their previous standings. While it's great for the LEC to have one more team on the world stage, it will be unfortunate to not see Unicorns of Love on the main stage. Having qualified for the past three world championships, it wouldn't be too hard to see them in North America this season as well.

Which team are you most disappointed in not making it to Worlds 2022?