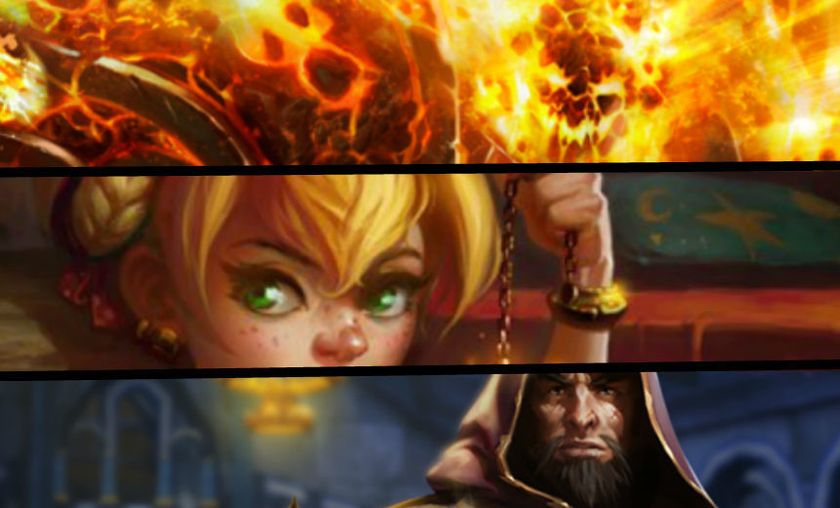 Hardcore and casual players alike looked to the professional teams this weekend for a glimpse at what strategies and hero picks could them an edge. While some of the bans remain universal, the pick rates have never been more chaotic.

Here are some of the lessons the first weekend of the HGC has taught us:

Watch the VoDS of the matches so far here

For a while, it seemed like Ragnaros was suffering the same fate as many new heroes-- banned immediately because they appear OP. There was a time where, despite multiple nerfs, people were still knee-jerk banning Samuro for no reason!

However, this weekends HGC matches snuffed out any remaining doubt about Ragnaros. He is likely the strongest hero in the game and he is nearly always deserving of a ban or early pick. Dignitas learned this the hard way and so did No Tomorrow when they were defeated by Team 8. Ragnaros can protect keeps, solo-lane, wombo-combo with Sulfuras Smash, and achieve Thrall levels of self-sustain in the middle of a team fight. He can do it all and should be respected moving forward, especially when facing the teams like Misfits that threaten his first pick along with Zeratul.

Chromie is the strongest hero imaginable... in the right circumstances.

Fnatic destroyed both Misfits and Tricked with Chromie drafts on Tomb of the Spider Queen. In both games, their opponents were relying on Auriel to keep their team alive as the sole support. There may have been a time where Chromie was considered a "never-pick" hero, but 2017 is changing that.

Chromie's ability to completely destroy an unprepared team is unprecedented. She has a few very strong battlegrounds (Tomb of the Spider Queen, Towers of Doom, Cursed Hallow) but it only really works when the opposing draft is weak against her long-range damage.

If your team features Guldan, Auriel and Tychus, there is a good chance you will just lose to Chromie. None of these heroes can pressure Chromie when she is at a safe distance, and because of that, Auriel will be starved of hope and unable to heal her allies getting picked away by Sand Blast and Dragon's Breath.

Additionally, When Chromie gets Time Lapse at Level 8, it is a guaranteed kill against an Auriel team, as they don't have access to cleanse at 7. This kill is conveniently timed around most map objectives, allowing the Chromie team to snowball even harder.

Zarya "completes" a lot of drafts.

Zarya has been a star performer in the first HGC weekend and it reminds me of old school Tassadar. While we may know him recently as a hard support hero, that wasn't always the case. Tassadar could be safely picked in almost every team composition because of his jack-of-all-trades nature. He could deal decent (sometimes high) damage, supplement a support hero that has burst-damage holes in their protective abilities, and provide objective control thanks to vision and Psi-Storm delays.

Fast forward to 2017 and Zarya plays a very similar role. You can pair her with pretty much any type of team composition and easily get value from her abilities.  We even saw Galeforce eSports win with Zarya as a solo warrior during game 4 vs. Naventic.

"Q-build" Zarya is capable of potent DPS and makes it nearly impossible for the enemy team to capture channel based objectives. Her shields make sustained support heroes like LT. Morales, Malfurion and Brightwing much more effective, and Expulsion Zone provides reliable team fight control on a short cooldown. While Zarya is likely not worthy of a ban, her power level does make shield-destroying heroes like Varian more valuable.

Playmakers and opportunist should play Medivh.

When Snitch, Glaurung, AdRd and Zuna all start playing Medivh in tournament play it cements something most HL players were starting to realize themselves. Medivh is an extremely powerful hero that scales with player skill. He is the Illidan of specialists and should be played in a similar manner to be tournament worthy.

Honorable mention: Tassadar is still banned or picked nearly every match, but we already knew this. Perhaps the Tassadar rework is less of a rework and more of a nerf in disguise?

Is Chromie a real pick now?