Four teams advance from Group A in Gold Series 2016 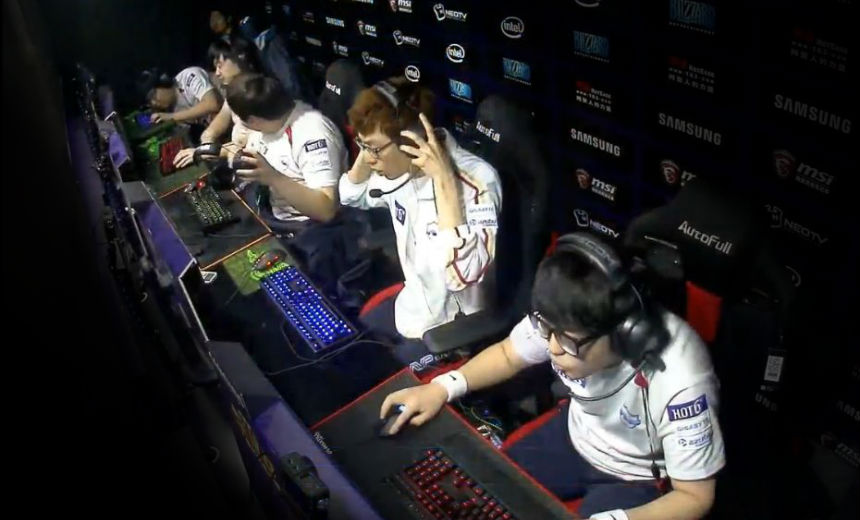 The biggest news about the Group A results from Gold Series 2016 was that eStar managed to take one game off MVP Black. The was the first game MVP have dropped since March versus TNL at Super League, and that stat alone showcases their alarming dominance of late.

This the current state of Heroes and a reminder to just how dominant MVP Black really is. For what it's worth, let's take a look at the game where they did taste defeat:

Just looking at the draft alone, it looks like MVP Black deserved this loss. Double warrior and double support is a creative answer to Illidan Abathur, but if Greymane dies where is the damage? Drafts aside, MVP Black went behind around the 2 minute mark and literally stayed there (at one point 3 levels behind) for the entirety of the game.

It took MVP Black underestimating Illidan, Abathur and Sylvanas on the side of eStar to really start taking advantage of the early lead. Sylvanas was free to disable towers and push for free, even furthering the level deficit. This game offered a glimmer of hope to teams looking to defeat MVP Black- they aren't unstoppable.

Granted, MVP Black went on to win the series anyways.


Group B is almost finished as well. Edward Gaming is the clear point leader and shows no signs of slowing down. They will move onto the playoffs no matter what, but the real competition is between X Team, TSD, and BH Super.