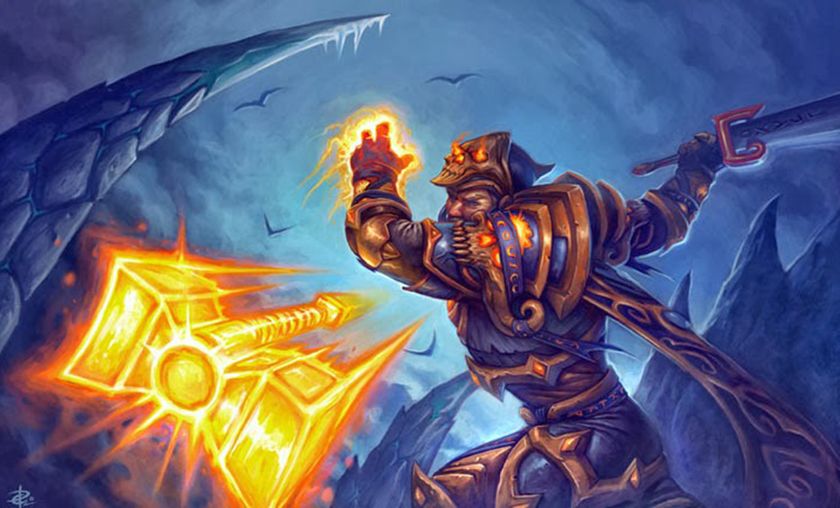 Aggro Priest was too weird for you? How about building Uther as a quick beatdown class then, is that something you’d be interested in?

What’s this sudden obsession with aggro decks from us, you’d ask. Honestly, we have no idea, but admit it – you’d rather have those quirky decks over the standard builds you’ve seen thousands of times.

We start in China, land of the deckbuilding innovations, where Buer has built the first version of the aggro Paladins that we’ll feature below. Looking from afar – it’s a fairly standard aggressive deck, featuring lots of early drops, [card]Divine Favor[/card] to refill the hand and [card]Truesilver Champion[/card]s and [card]Consecration[/card]s because it’s a Paladin deck, at the end of the day.

What’s unique about this deck is the [card]King Mukla[/card] on the 3-mana slot. The banana king was a regular in the old Backspace Rogues (a.k.a Turn 6 Rogues) and here he is again, providing an early 5/5 body. The bananas are never going to be a drawback – there are two Owls and an [card]Equality[/card] in this deck.

Then, there’s [card]Leeroy Jenkins[/card]. Previously the terror of the meta, Leeroy took a sabbatical after his mana cost was increased and not even Face Hunters are seen playing it. Buer still thinks it’s a great card, though, and has him as his top of the curve finisher.

Flying west, we arrive at JustSaiyan’s version of aggro Paladin. Most of the deck core has remained the same – many 1-rops, Divine Favor for card draw, and all the other Paladin classics. Instead of Leeroy, however, JustSaiyan uses the much cheeper [card]Arcane Golem[/card]. He’s also found a spot for a single [card]Defender of Argus[/card], a second [card]Blessing of Might[/card] and one [card]Annoy-o-Tron[/card].

According to Saiyan himself, the deck beats “everything but Patron” as it can populate the board very quickly. If Warriors give you too much trouble, consider swapping in an [card]Acidic Swamp Ooze[/card]. You can add another [card]Annoy-o-Tron[/card] if the meta becomes aggro-centric or even [card]Aldor Peacekeeper[/card] – the card is not very aggro-friendly, but will shine against classes like Druid and midrange Hunter.

You can find more cool decks in our deck library, or even submit one yourself.