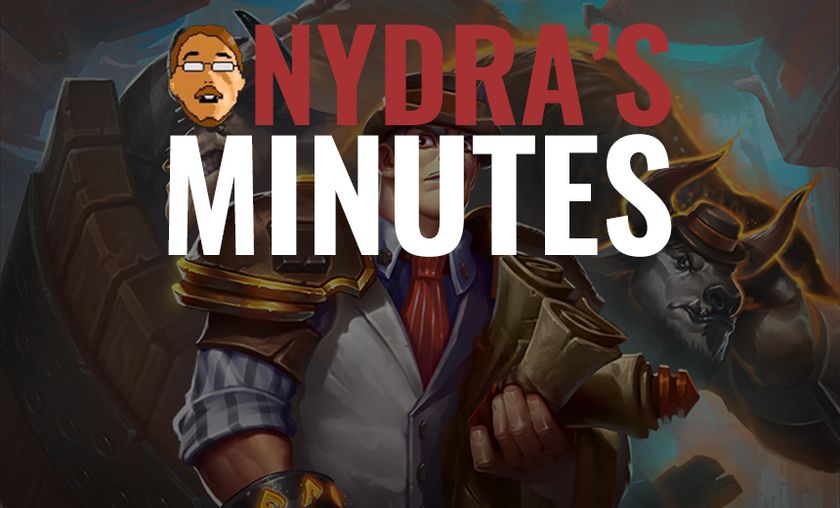 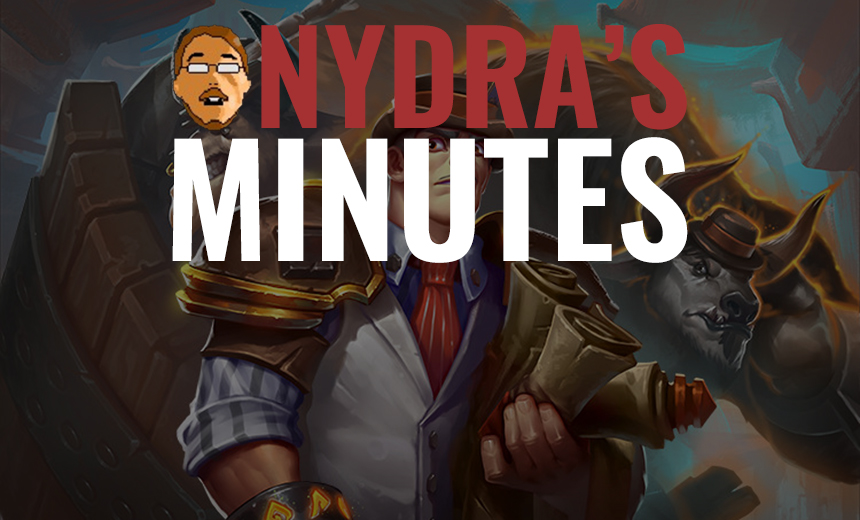 Class identity and differentiation has been an ongoing problem in Hearthstone, especially as more cards got added to the game. Although multiple unique archetypes still exist solely defined by their host hero, several classes have been forced into playstyle which do not fit their nature.

The issue was best felt just before the Standard rotation where the amount of cards legally allowed for tournament play was the largest. Overall, classes were better differentiated in the early days of Hearthstone and several have since moved on to design spaces they shouldn’t have explored.

In the modern era (or at least pre-Gadgetzan) there exist examples such as Warrior, whose deep archetype viability allows it to play whatever it pleases, from the most aggressive to the most defensive decks and do everything well – gain life, draw cards, have single target and AoE removal, generate tempo, and have strong taunt and charge minions at the same time. The original defining features of Warrior – the armor mechanic and making use of wounded minions – no longer stand out. While there is nothing wrong with a class being too powerful, such strength should not come from unlimited playstyle options.

Priest is another class, which went through an identity crisis after it abandoned its reactive trickster nature to play straightforward Dragon Midrange or N’Zoth control decks almost identical to their counterparts in other classes. This I discussed at length in my last column entitled “Priest doesn’t need good curve minions.”

Which brings us the Paladin, the class which has arguably undergone the most transformations of all, up to the point that most recently it was using full 10 mana to combo into OTK damage and control the board and mitigate damage on all previous turns, essentially becoming a second Freeze Mage. Before that, it played generic N’Zoth Control decks and before that, during the [card]mysterious challenger[/card] era, it played value minions on curve like many others in the meta of those days. And before that, there was the Handlock-esque Giants Paladin control popularized by Koyuki.

Paladin has arguably undergone the most identity transformations of all.

Neither of those playstyles took after the original design concept of Paladin – a class which commands an ever-growing army with various buffs and lots of synergies between its minions, spells and weapons, supported by the endless threat generator which is the Paladin hero power. The most avid apologist of that style was a player named Cixah, whose signature “Cixah’s Miniatures” resembled the white weenie decks of Magic: The Gathering. It used Hearthstone’s strongest 1-3 mana minions of that time such as [card]argent squire[/card], [card]knife juggler[/card], [card]abusive sergeant[/card] and [card]harvest golem[/card] to generate durable midrange boards coupled with [card]sword of justice[/card] buffs and [card]truesilver champion[/card] board control.

The march of the Paladin army wasn’t as fast as that of the Zoo and short of coining out double [card]argent squire[/card]s it didn’t have a strong T1. It gathered a lot of momentum from T2-3, however, and peaked in the mid game with [card]defender of argus[/card], [card]argent commander[/card] and [card]avenging wrath[/card]. Ironically, that clunky start, coupled with the inherit weakness of the Paladin classic set, hindered this playstyle from taking off.

Thankfully, Mean Streets of Gadgetzan brought along a major makeover for Paladin. The expansion not only took the class back to its minion-based roots but through the Grimy Goons mechanic made it play these minions the Paladin way. Once again, the real gems of Paladin are strong 1 and 2 mana cards in line with the army buff theme. [card]smuggler's run[/card] and [card]grimestreet outfitter[/card] are more class defining than many give them credit for, a nod to the old style of “we aren’t lightning fast but just wait till we actually arrive”. The same is true for [card]grimestreet enforcer[/card] (minion buffs) and [card]grimestreet protector[/card] (divine shield buffs), which perform the duties of [card]sword of justice[/card] and [card]argent protector[/card] well enough to be competitively viable. 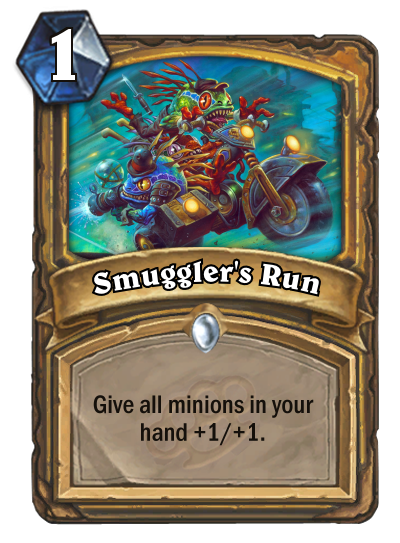 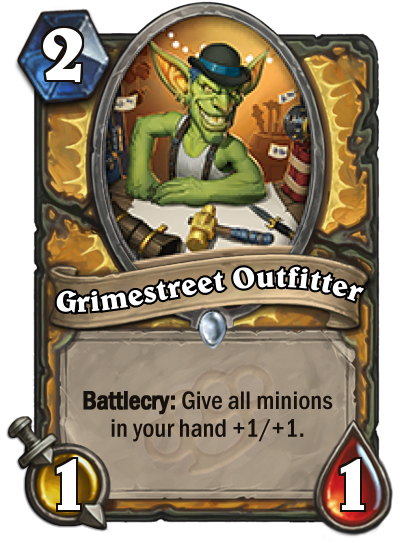 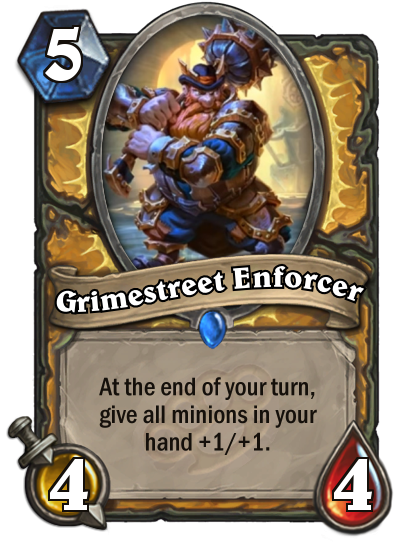 Gadgetzan brought along a major makeover for Paladin.

The class is also arguably the most focused theme-wise tied with Warrior, as every single card – even the seemingly weak [card]getaway kodo[/card] – feels Paladin-y, which was a much needed change of pace. The same is not true for other classes which have clear-cut garbage cards or ones that don’t fit the class design space, including Hunter’s [card]piranha launcher[/card], Mage’s [card]manic soulcaster[/card], Rogue’s [card]luckydo buccaneer[/card], Shaman’s [card]call in the finishers[/card] or Warlock’s [card]seadevil stinger[/card]. With just nine cards, Gadgetzan has done more for reaffirming Paladin’s initial concept than all previous expansions combined.

For the time being, the Goons archetype of Paladin is struggling for affirmation as pros try to figure out a style that hasn't been played for three years but whether this new “miniatures” Paladin is here to stay is also beside the point. To echo the sentiment I expressed in the aforementioned Priest feature, figuring out a class’ identity and expanding it further is arguably more important that just having strong decks which feel nothing like the hero you’re supposed to be playing. Much like the real Anduin would never play minions on curve instead of disrupting and healing and Jaina would never heal herself if she can rain destruction with ice and fire, Uther would never rely on resurrected murlocs instead of his trusted brethren marching en force on the battlefield.

These are the Heroes of WarCraft and that’s what they do. Mean Streets of Gadgetzan is an unequivocal guiding light. Let’s not lose track of it.

Do you like the design space Paladins are exploring in Gadgetzan?