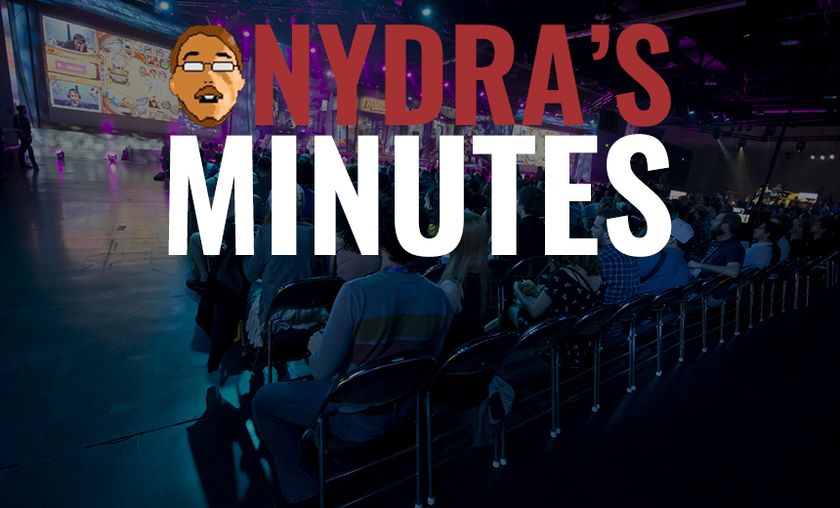 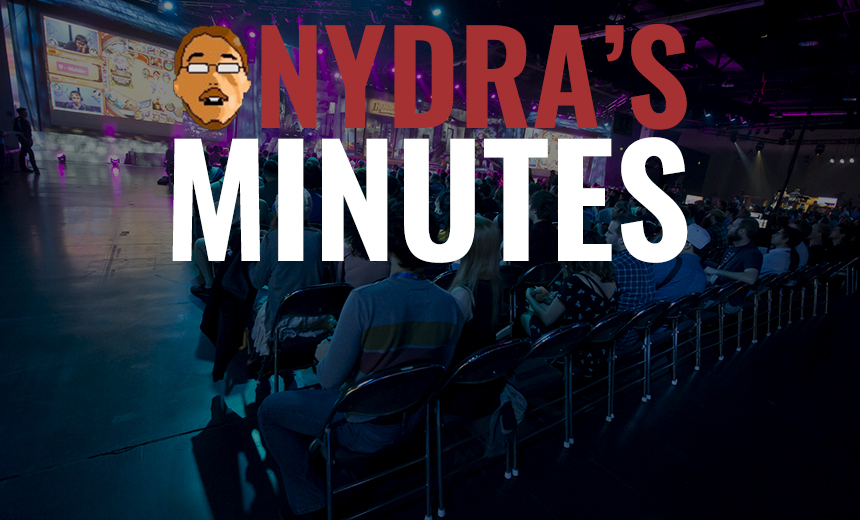 Rivalries are at the heart of every competition. They are recurring storylines of special importance and contribute greatly to the attractiveness of the sport. Football fans will immediately think of the El Clasico, the ongoing battle between Barcelona and Real Madrid for which is the best team in Spain and more examples are easily found in other sports, present in every layer of the competition - from the highest to lowest - often associated not just with skill but geographical factors as well.

Rivalries have also naturally existed in esports since the dawn of the scene, despite the industry generally lacking the geographical or even political components as in El Clasico's example. The original is perhaps the one between BroodWar legends Boxer and Yellow, where Boxer denied his rival in three premier finals and gave him the nickname “King of Silver”. Another rivalry was born in BroodWar in 2008 between Flash and Jaedong, widely considered to be the defining rivalry in StarCraft’s history between the two greatest players of all time, spanning five premier grand finals and being instrumental to Flash’s rise to God status.

Other esports were fortunate to develop great rivalries themselves: Rapha vs. Cypher in Quake, Alliance vs. Na`Vi in Dota, TSM vs. CLG in League of Legends, Moon vs. Grubby in WarCraft 3, and MC vs. IdrA in StarCraft 2 have been inseparable and invaluable elements of each of their respective scenes. Tournaments were made special just by featuring them.

More than anything, Hearthstone players strive to beat the game’s volatility rather than specific opponents.

The recipe for a great rivalry in esports is fairly simple and, generally speaking, comes down to three prerequisites. First, there needs to be certain frequency of the played matches. Second, these matches must have significance, which often represents a playoff or championship game. And third, the players and teams must be at the top of their scene, in contention for the title of “the best.” Beyond that there are factors such as cultural and personality differences or geographical separation, which although not required, greatly enhance the narrative of the rivalry.

Oddly enough and in spite of this simplicity, Hearthstone has never managed to develop consistent rivalries between players or teams.

Failing to meet the third requirement is amajor reason why Hearthstone has struggled in establishing significant rivalries between individuals. Compared to “traditional” esports such as StarCraft, CS:GO or Dota, Hearthstone suffers from a lower skill ceiling, further tainted by the presence of RNG in the game. Due to Hearthstone’s nature, its best players are defined not necessarily by number of titles or high finishes but rather whether they can stay consistent over long periods of time and large number of matches.

More than anything, Hearthstone players strive to beat the game’s volatility rather than specific opponents. If in StarCraft the likes of Jaedong and Flash possess not only strategic brilliance but unparalleled speed and accuracy and are the inarguable best players in their sphere, in Hearthstone the measuring stick is how many high profile matches, on average, a player will win. Such consistency takes a lot of time to establish and as a result there have rarely – if ever – been multiple players who outperformed everybody else in the scene by a significant margin (as in the Jaedong/Flash example) and played each other regularly in high impact matches.

Hearthstone is an esport where the manifestation of personalities and playstyles within the game is much more difficult.

Historically, this single prerequisite has been a significant factor in the development or failure therin of rivalries. In 2014, Rdu vs. Amaz had the potential to become Hearthstone’s first player rivalry as the two first met in the finals of DreamHack Summer and later in the semi-finals of IEM Shenzhen and the group stage of the WCA major, with Rdu being ahead on the board at the end of the year. Despite both players staying on form in 2015, they never played each other at a major tournament again, essentially ending the rivalry at WCA.

Other opponents have had more face-offs but never grew into rivals because of the lack of significance of their matches, despite the frequency of encounters and their towering skill. ThijsNL vs. Ostkaka, who played arguably the best match in Hearthstone at the 2015 World Championship semi-finals, have met six times, but never to contest a major trophy. The same goes for StrifeCro vs. Kolento who’ve played each other five times, but no encounter was even close in significance to their famed DreamHack Winter duel in 2014.

In fact, the only fixture to come close to becoming an in-game rivalry was the one between Reynad’s Tempo Storm and Amaz’s Team Archon. Even with the rarity of Hearthstone team leagues, Tempo and Archon met three times, often going the full distance in play terms. Ironically, though, the Tempo/Archon rivalry was more famed for its out-of-game contentions such as animosity between captains, content production or player signings. At the nominations for the 2015 GosuAwards, we wrote:

“
Archon versus Tempo Storm is a rivalry that was led on multiple levels, often outside competitive Hearthstone. What started with the rocky relationship between the two owners Amaz and Reynad evolved into a race for who has the better website, or the better rosters (non-HS included), or the better tournaments, or the better streamers, or the better PR presence, or the larger fanbase. It's a multi-faceted rivalry that absolutely deserves its spot among the nominated.”

Much like the others, this “rivalry”, too, ended prematurely with the disbandment of Team Archon and the disappearance of Hearthstone team leagues in the west.

HCT itself provided structural hindrances to the development of rivalries. The combination of fully open competition and the suboptimal structure of the preliminaries did not cater to the consistent tournament players and many never even came close to playing on a championship stage. Only a small fraction of championship participants had careers dating back to the days before 2016 and were never given follow-up opportunities to prove themselves, which takes us back to the original problem: Hearthstone players cannot establish themselves and reach a peak of significance in such a short time, meaning the development of a rivalry of importance is more or less out of the question.

Finally, Hearthstone is an esport where the manifestation of personalities and playstyles within the game is much more difficult. With very few exceptions, competitors flock to whatever they feel is the best in the current metagame. In the large majority of instances, the state of the game and not the players dictates how a match is played, essentially coming down to a class-versus-class face-off, making it harder for fans to identify with or even come to love a player based on their in-game flair, style or personality.

The grouping of large numbers of players or teams circumvents the long wait for singular entities to develop consistency and thus rivalries can develop much faster in regards to the competitive narrative.

Take the MC vs. Idra rivalry in StarCraft 2 as an example of the latter. MC came from Korea, the dominant region in StarCraft, and played Protoss in a very aggressive, unit-control style with constant pressure and harassment, often going for risky cheese and all-ins to rip apart opponents early in the game. Idra, on the other hand, hailed from North America, played Zerg in a very orthodox, economy-oriented style, rarely deviated from the norm and was a vocal opponent of cheese and all-in play. Such polar opposites have never existed in Hearthstone at the very top of the scene, or at least not in a way apparent to the wide audience.

Is it hopeless then?

All of the above isn’t to say that Hearthstone hasn’t created any rivalries at all but that has only worked on a much bigger, region-wide level. The grouping of large numbers of players or teams circumvents the long wait for singular entities to develop consistency and thus rivalries can develop much faster in regards to the competitive narrative.

A great example is the battle between Europe and North America in the western scene, which at all times has had a party in the lead and a party in the catching-up position. Looking at it at a global level, EU and NA cover all the prerequisites for a great rivalry: They are considered to be the two best regions in Hearthstone; they play each other on a regular basis; and there are multiple matches of significance between them, last year’s World Championship grand final included.

An even better rivalry is the one between China and the West, which not only has all the elements of the EU vs. NA, but also the added factor of major cultural differences: The trend-setting western world with its hegemony over the Hearthstone scene versus the prideful Chinese players always on the quest to prove they aren’t second-tier competitors. This particular rivalry has existed since the earliest days of the game and has since developed into the focal point of high-stakes events, with lavish prizes on the line.

Smartly designed, HCT 2017 is built to avoid these player and team-centric rivalries which have proven impossible to create and tackle it on a larger scale. The structure of the circuit, if successful, will built narratives both within-region with the Global games, and cross-region with the now-international HCT Championships. Similar line of planning can also be observed in Overwatch, where Blizzard’s Overwatch League is supposed to take it to another level, where rivalries are not just between teams, but whole cities, much like the case in traditional sports.

So, to answer the question: No, it‘s not hopeless for Hearthstone rivalries, but fans might need to get used to the idea that they’ll likely never be on the player or team level they are used to seeing in conventional sports and esports. And as long as there’s infrastructure to help promote the large-scale narrative, there’s nothing wrong with that.

Do you think Hearthstone can ever develop player-centric rivalries?

TJ Sanders: "Most Hearthstone casters need to loosen up. The game is fun in its core."