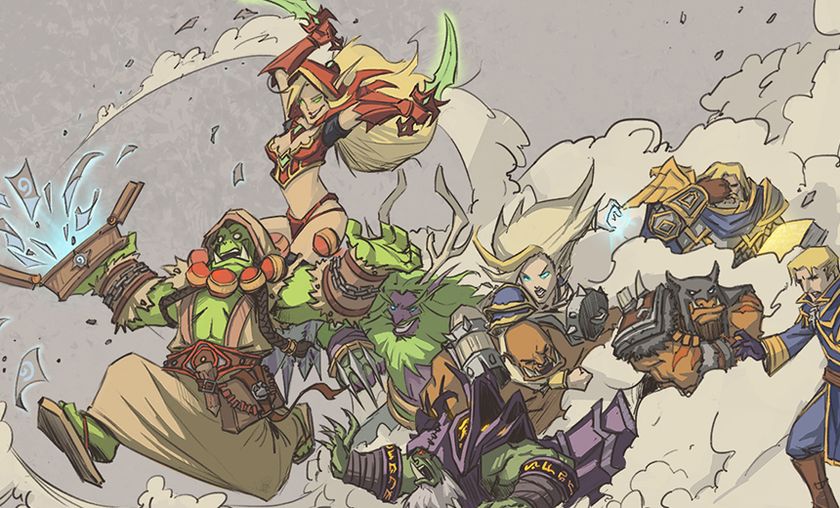 The biggest metagame shake up Hearthstone has ever seen is here. The Old Gods have been released, with both Curse of Naxxramas and Goblins versus Gnomes out of standard. The deckbuilding and creative processes are running wild, with everyone trying to find the most optimal deck to climb the ladder.

And who better to get inspiration from than the top players in the game? In this article, we review nine decks of nine different classes, played by nine Hearthstone pros. So here we go.

C’Thun decks are all the rage right now as everybody receives the Old God automatically and the building a deck around him is relatively easy: put cultists in, throw in the best spells and minions your class has to offer, stir for 30 minutes and serve with a dressing of lots of damage.

Hunter is in an interesting spot right now, and the midrange build most of all. Several of their core cards – [card]Haunted Creeper[/card], [card]Webspinner[/card] and [card]Mad Scientist[/card], for example – are out of standard, so Rexxar players have to find suitable replacements.

Along comes Jackiechan’s build, comprised almost exclusively of class cards. The deck features four different kinds of deathrattle minions whose effect can be triggered through [card]Princess Huhuran[/card] and who aim to control the game to the best of its ability before [card]Call of the Wild[/card] can be unleashed. It’s also the first deck in ages to play [card]Snipe[/card]. Two copies.

Yogg-Saron is very likely the most fun, chaotic and awesome card Blizzard has ever released. Behind its presence pure madness lies, and any time anyone plays him, a coin is flipped to determine who will remain standing.

Archon captain Amaz naturally puts him in Tempo Mage, a deck known for casting a ton of spells during the game. In this build, the old [card]Ethereal Conjurer[/card] has made way for the new [card]Cabalists Tome[/card] for even more spells. [card]Flamewaker[/card] is still the MVP of the early/mid-game, and his job is to get the opponent low enough so that from the multiple Yogg-Saron effects, the few that land on the opponent are enough to kill him, or at least secure a decisive advantage and victory on later turns.

A fan of control decks, StrifeCro is trying to bring Paladin to its roots. His list is chock full of defensive cards to control the board and slowly build towards his big bombs: [card]Tirion Fordring[/card] and [card]Sylvanas Windrunner[/card]. A cool Old Gods addition is the one and only N’Zoth, who works well with the value minions in the deck, including not just the aforementioned two but also [card]Cairne Bloodhoof[/card] and [card]Corrupted Healbot[/card]. A shiny Ragnaros, Lightlord keeps the player alive.

C’Thun has made playing Priest a lot easier, even for novice card slingers who might not be used to the intricate, reactive nature of the class. Several variations can be seen on ladder with a few important differences, including distribution of removal cards, whether or not Auchenai/Circle combo is run, etc.

The version displayed here is among the easier ones to pilot, with a straightforward curve leading towards a massive C’Thun. A single copy of [card]Doomcaller[/card] is included to duplicate the effect of the Old God and make the deck less punishing for its trigger-happy users who end up losing C’Thun before securing victory.

Truesilver Championship runner-up Dog is famous for his love for the Rogue class, so understandably his plunge into the Whispers expansion featured a lot of backstabbing, daggers, and striking from the shadows.

This is another deck that makes use of spell-heavy classes to power up Yogg-Saron as a finisher. Powerful tempo removals make controlling the board relatively easy while [card]Gadgetzan Auctioneer[/card] provides that miracle-level draw power that will help you find Yogg-Saron and unleash his fury.

On paper, Midrange Shaman is the biggest winner of the Old Gods expansion. The class was given great value cards in [card]Master of Evolution[/card], [card]Flamewreathed Faceless[/card], [card]Hallazeal the Ascended[/card] and [card]Thing from Below[/card]. As a result, the Shaman can deal damage more reliably than ever before and should no longer be a Tier 4 class.

While the majority of the players still cling to the aggro archetype as it requires very few Old Gods additions, Kolento goes full midrange. The deck plays out very similarly to the first ever Shaman builds, building the board in incremental advantages until its big finishers [card]Ragnaros the Firelord[/card], Hogger and [card]Fire Elemental[/card] can overtake the board. Overload cards are cut to the bare minimum with [card]Lava Shock[/card] and [card]Eternal Sentinel[/card] there to wash away mechanic’s drawback.

Current Zoo builds would usually differ in their end-of-curve minions. In his list, Modernleper has chosen to run a single [card]Sea Giant[/card] – a no-brainer for token decks – and [card]Gormok the Impaler[/card] on top of double [card]Doomguard[/card] as the heavy hitting finishers.

We end this article with the opposite of a standard and established build. Forget about Control or Patron Warrior, and bask in the greatness that is Frodan’s Pirates.

Yes, that’s right, there are finally enough Pirates to put together a deck that’s at least somewhat viable, if not top tier. This build sacrifices a ton of board control in favor of swinging aggression, and its primary means of defense are the multiple taunt minions. This is by no means a full-face build like Shaman or Face Hunter and it plays out a bit like a fast Zoo deck. It establishes board control through favorable trades and triggers the aggro switch in the late game to finish the job.

What are YOU playing on launch week?